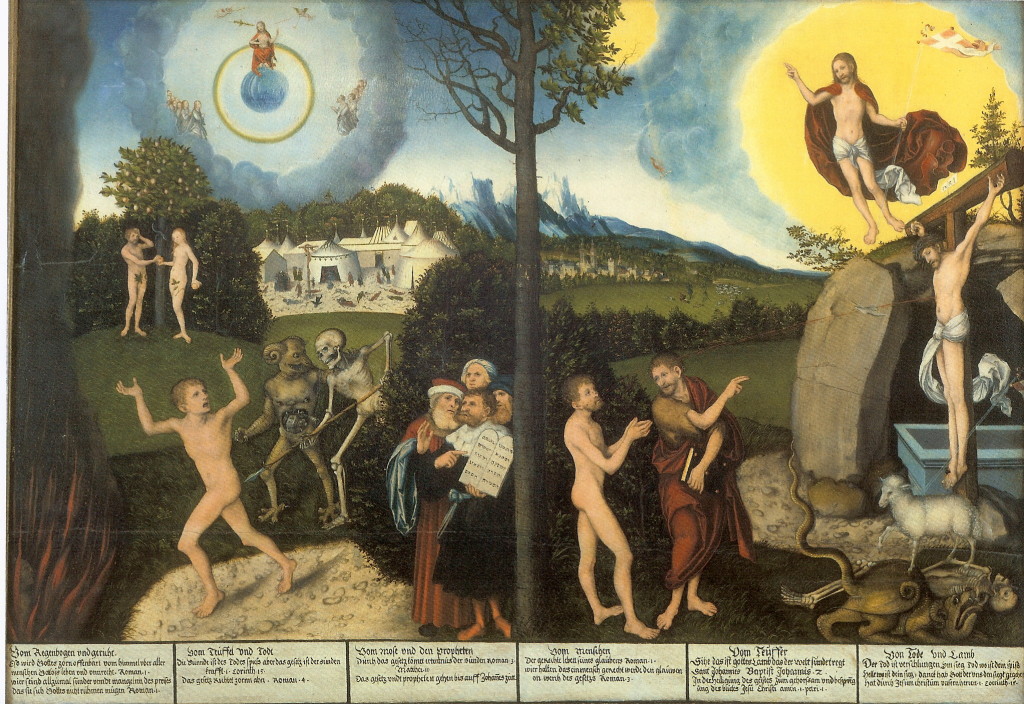 The true God says: “No righteousness, wisdom, or religion pleases me, but only that by which the Father is glorified through the Son. It is those who lay hold of the Son and me and my promise in him, by faith, to whom I am a God, a Father; it is they whom I accept, justify, and save. Everyone else remains under wrath, because they worship what is no god.”[i] (Martin Luther’s Commentary on Galatians)

In modern times, it appears that what is demanded in many professions and areas of life is not demanded in theology.  When I deposit money into my bank account, I expect that the teller will be accurate and deposit the check for $289.00 and not get it just about right with shifting the decimal only one small place and making it $28.90. Ditto for car parts which must be an exact correspondence to the part number. Yet when it comes to theology many are content to get things “just about right.” This paper will show the Apostle Paul paid very close attention to theological precision and that moderns would be wise to follow that example.

In the Apostle Paul’s day there was a group called the Judaizers who got many things right. They believed in the value of the law, the resurrection from the dead, the need for faith in Christ, that Jesus was the Messiah and that he was divine. On the surface they were as orthodox as they come. Yet, Paul had a dispute with them. It would be easy to charge Paul with being an obscurantist, a dogmatist, someone looking for a theological quarrel, and someone who was being divisive in the Body of Christ.

So what was the problem?

In his book Christianity and Liberalism Gresham Machen analyzed the theology of the Judaizers and suggested that for all their so-called orthodoxy there was something amiss in their logic of salvation. Machen showed that both Paul and the Judaizers had the same elements in what constitutes salvation, but that the application of the order of them was radically different. In his words:

Paul said that a man:

(2) then is justified before God,

The Judaizers said that a man:

(2) then keeps the law of God the best he can, and then

The consequence of what seems like a seemingly insignificant error, would lead Paul to deliver some of his strongest words to any party in his writings, namely that they should be cursed or eternally condemned [Gk.anÃ¡thema ] (Galatians 1:9).

At stake was the fact that the Judaizers said in effect, Christ’s work needs something else to constitute full salvation, and in their case it was circumcision. For Paul it was a working out of the adage, “addition to the work of Christ is the greatest subtraction of all” or “Christ plus something equals nothing.”  Yet they pontificated that they were perfecting what Paul had started.

Machen added his observation about this activity what he called “piecing out the work of Christ”, that is to say, adding piecemeal or a bit at a time, something to the finished work of Christ: “…Such an attempt to piece out the work of Christ by our own merit, Paul saw clearly, is the very essence of unbelief; Christ will do everything or nothing, and the only hope is to throw ourselves unreservedly on His mercy and trust Him for all.” (emphasis mine)[iii]

The need for theological discernment

In addition, very likely the Judaizers were congenial, looked upon as upstanding models of orthodoxy in their communities, and could claim tradition as their ally. In modern day terms they might be the radical contextualizers of the day who advocate “staying inside of Islam” just as the Judaizers advocated “living out the gospel” within Judaism.  It seems rather ironic, however that one of the proponents of this “staying inside of Islam,” namely, Ralph Winter, would assert in a rather anachronistic way:

“Well, everywhere Paul went “Judaizers” followed him and tried to destroy the Insider Movement he had established.”[iv]

Yet Paul saw through the Judaizer faÃ§ade and sharply pointed out four areas of contention. They were:

a. Incredulity. At root Christ’s finished work was insufficient in their minds and they could not bring themselves to believe it was good enough or that the Gospel was intrinsically powerful enough to thoroughly save. Recall in Acts 15:1 they said, “Unless you are circumcised … you cannot be saved”

b. Self-justification. Since something needed to be added, the works of the law were close to their background and they seized on them. It is as Roy Ortlund observed about the human condition as a whole: “self-justification is the deepest impulse in the fallen human heart.”

c. People pleasing. A tangible demonstration of their piety through the law or imposing that on others would bring accolades from their religious friends, Christian or otherwise (Gal 6:12).

d. Persecution avoidance. The foolishness of the cross of Christ in the eyes of the local context was something to be avoided by the Judaizers (Gal 6:12). Better to appear respectable.

2. “I am an incarnation of Christ in this mission field” or “you must be incarnational…”

5. “In talking with Muslims about Jesus, we must learn what we call “receptor-oriented communication.” [v]

At first blush these sound very convincing. But are we hearing some echoes from the past?

The Judaizers would have said:

In each system, the focus has shifted from accolades to Christ, to Him living and moving through someone by the power of the Holy Spirit to subtly drawing the attention to one’s piety through rule keeping and to imposing this on others as well.

The antidote to the Judaizers

Paul knew that he shared with every human, the tendency to boast in his own abilities and his own “results.” Thus he preached to himself: “May I never boast except in the cross of our Lord Jesus Christ, through which the world has been crucified to me, and I to the world. ” (Galatians 6:14).

He also knew that he would have to call out the Judaizers for promoting what he determined was “really no gospel at all” (Gal. 1:6) and risk the fact that he would be charged with trying to “win approval” (Gal 1:10) for himself while exposing their dark side.

Paul labels the trajectory of their actions as “enslaving” as they are “turn back again to the weak and worthless elementary principles of the world” (Gal. 4:9). That is to say, although they had been given complete freedom in Christ, they were looking in the rear-view mirror with some adulation for what had been rendered of no real consequence by the cross. The wording is strong and communicates the message that what you are yearning for is impotent, and will only serve to enslave you.  Little wonder he had called them “foolish Galatians” (3:1) earlier on.

The so-called zeal of the Judaizers is misguided and Paul correctly observes that it carries an undercurrent of drawing the Galatian audience away from commitment to the true Gospel and by default its messenger Paul (4:17). That it to say, for all its superficial commitments, this zeal is actually divisive at the core as it is ultimately self-serving for the Judaizers whose motivation as Paul saw it was simply to “boast about your flesh” (6:13). With something of a knock-out blow, Paul then suggests that if the Judaizers would truly be zealous, let them go all the way and instead of circumcision, let them “emasculate themselves” (5:12).

Finally, Paul puts the Judaizing campaign in perspective by suggesting that what really counts is a “new creation” (6:15). That is to say, only a supernatural intervention by God in Christ can count for anything and Judaizing religion is only cosmetic.

“The gift of spiritual discernment“–to borrow the title from a blog by Tom Challies, is one of the most needed spiritual gifts in this day and age. When “almost right” is subtly pushed as the new gospel of respect and tolerance, it is actually “completely wrong.” Paul risked his reputation to call out the anti-Gospel campaign of the Judaizers with all their semblances of orthodoxy, and the clarion call at this time is for those who like Spurgeon see the difference between “right and almost right” to declare it boldly. For in the final analysis, the question “by whose power and for whose glory?” must be asked of every Judaizer whether modern or ancient,  and any tendency to accomplish or add to salvation by human power will always draw glory to itself, instead of to the cross of Christ must be exposed for what it is.

….you must help them think through how to respond to Muslim concerns about this sacred title of our Savior.

… We must first reach out in simple, warm friendship to our Muslim neighbors.

… this expression must take place in a context of friendship, love, and mutual trust and respect.

.. for friendship to be genuine, we must see it as valuable in itself, not only as a means to an end.

… In talking with Muslims about Jesus, we must learn what we call “receptor-oriented communication.”

….We must think not only about what we intend to say, but also about what others are hearing.