Trending
You are at:Home»Ministry»Preaching Dummies 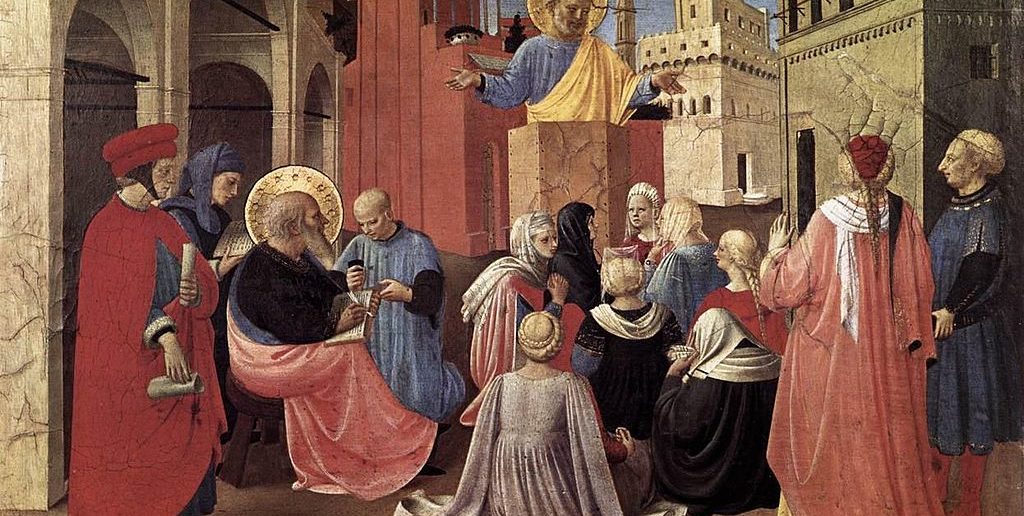 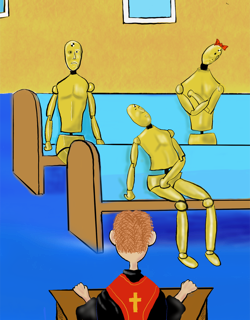 You know, of course, that dentists practice on mannequins, and not like the mannequins prancing around Herbergers. No, these are poor bodiless heads with a mouth, though some do have a nose. Makes me wonder how they breathe. I can hear Dean Martin crooning, “You’re no body ‘til some body loves you . . .” This got me to thinking about preachers practicing their sermons on preaching dummies.

a) adherence to text (letting the text say what it means);
b) application of the text’s meaning by the Holy Spirit to the hearers; and
c) honest evaluative feedback. It is precisely at “c” the relevance of the preaching dummy comes to bear.

Every preacher worth his or her salt—why aren’t preachers worth their gold or platinum?—needs to hear an honest and helpful critique of the sermon. Was the text clearly explained? Was the congregation brought into the text? Did the preacher ask questions about the relevance of the text to our lives? Without honest critique, a pastor is going to need a preaching dummy or five.

It’s Saturday night. As usual, Pastor Bob hasn’t worked much on his sermon because of counseling (“Stop it!”), mentoring (“Let’s think about what strangling your husband looks like!”), and coaching (“Come on, grab that 50 pound box of hymnals and lift!”). Pastor Bob has placed five preaching dummies in the pews of the church. Each has different functions that are set at varying levels. “Donny” is set at 85 percent for Dakota Nice*. “Tess” is at 95 for truth; “Steve” at 100 for sarcasm, “C.T.” at 65 for critical thinking, and “Patience” is set at a 100. Patience doesn’t put up with rabbit trails. Following Pastor Bob’s first practice sermon, the dummies provide their input.

Donny: Loved your message, pastor. I thought everything you said was nice.

Pastor: Thank you, Donny. I appreciate the kind words.

Tess: Donny, you need to rethink that. Pastor, when you explained verse four, you said, “The original language here is helpful.” Why did you say that? You don’t read or understand Greek, do you? You simply took that idea from a commentary and made the four of us feel like dummies by making yourself look smart.

Pastor: Tess, I think I’ll lower your truth setting to around 30 percent.

Tess: With all respect Pastor, then you would you have two dummies telling you lies. (Tess looked at Donny as she said this.)

Steve: It was a mistake when you stopped being a crash dummy, Donny. Pastor, if I could adjust your settings, I’d raise the “interesting” setting to 15! (Donny’s sarcasm circuits said “smile,” but it came off as a smirk.)

C.T.: Now, now Steve. Let’s be fair. Pastor explained the text pretty well. His exegesis was spot on. His message had three jokes; while only one was slightly humorous, his introduction was excellent in getting us ready to see the main point of the passage.

Pastor: Thanks C.T. I needed the good word.

Patience: Pastor, why did your explanation of verses two and three include you bragging about your son’s first touchdown? I didn’t see a connection to the verse at all.

Pastor: I think it’s time to power you all down for the night.

Folks, my own truth setting is at 100 percent for right now. Until we pastors invite members to speak into our sermons with honesty and love, we will need the service of preaching dummies. Someone has to say the things we need to hear.

*Dakota Nice: for non-Dakotans, this means to be polite on the surface regardless what one might think of the other person. The consequence of Dakota Nice is never really developing deep friendships that allow one to speak into another’s life, because that’s seen as puttin’ your nose where it don’t belong.