Trending
You are at:Home»Ministry»Discipleship»The Battle is the Lord’s (Pt.2/3) 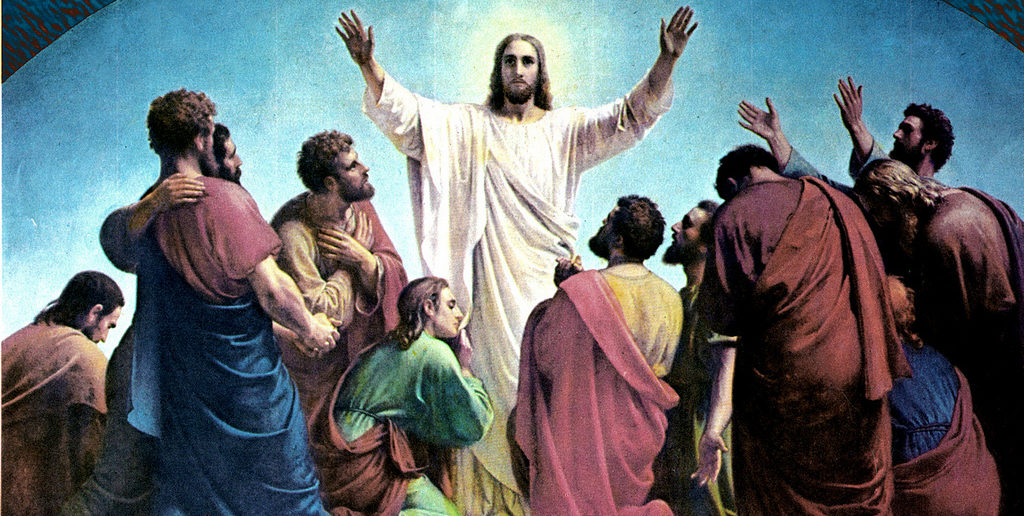 This week I would like to continue to examine our practices in light of God’s word—which is the only authoritative source of wisdom and guidance, in opposition to the best books produced by men.

Jesus knew that the “harvest is plentiful but the laborers are few.”  What was his solution to the problem? Did he tell his disciples to go looking for laborers? Did he ask them to persuade, challenge and recruit more workers? The only thing he asked them to do was pray. “Ask the Lord of the harvest to send out workers into his harvest field.” Jesus stressed emphatically that the harvest is the Lord’s, we are his workers and the only thing we can and must do is ask him for laborers.  Shouldn’t we take our Master’s solution to the problem seriously? Or should we go ahead with our massive recruitment programs which typically use guilt and human persuasion to convince people to go to the mission field? Attractive brochures with pictures of the hungry and the needy are used to stimulate compassion for the lost. Attractive offers for tent making jobs and fund raising training are used to entice the hesitant. Jesus knew that this problem would occur , so he told us what to do. What would happen if God’s people go before God in fasting and prayer with hearts full of humble compassion for the lost. Is God unable to call out some of his people in the way he called Saul and Barnabas in Acts 13 when the church in Antioch was in prayer,  just as Jesus told them to do?

None of us will consciously admit that we are fighting our own battles and that we are going in our own strength. But let us honestly examine our practices in light of God’s word. The Bible is rich with illustrations, models and teaching about what constitutes success or what brings victory.

Having been a fugitive for 40 years, Moses lost all confidence in himself. Although he was educated in the royal courts of Pharaoh, he told God: “O Lord, I have never been eloquent, neither in the past nor since you have spoken to your servant” (Exodus 4:10). God waited till Moses was totally empty of himself and all his education before he could use him to face Pharaoh and lead the great exodus.

Gideon had no confidence in his ability to lead his people. He belonged to a small clan and he was not regarded as a leader even by his own people, let alone by other tribes. Yet God demonstrated his power through him. With 32,000 soldiers Gideon was likely to win the war. However, God did not want that to happen as much as he did not want the people at Babel to succeed in their plans. God is a jealous God and He will not give his glory to another. He wants us to win by his power and give him the glory. Three hundred men were no match to the Midianites. The weapons they used were not going to win them anything. Gideon was “foolish” enough to let God have his way although it made no sense to a warrior. He remembered the fleece the day God called him. Gideon was willing to take a risk because he trusted God.

Jehoshaphat admitted to God that “we have no power to face this vast army that is attacking us. We do not know what to do, but our eyes are on you.” God’s response was one we should all be looking for: “Do not be afraid or discouraged because of this vast army. For the battle is not yours, but God’s. You will not have to fight this battle. Take up your positions; stand firm and see the deliverance the Lord will give you… and the Lord will be with you… Have faith in the Lord your God… and you will be successful” (2 Chronicles 20: 12-22). Jehoshaphat placed a choir in front of his small army exhibiting his confidence and trust in the Lord.

Without any military training, David faced Goliath. His own people told him: “You are not able to go out against this Philistine and fight him; you are only a boy, and he has been a fighting man from his youth.”  David came to the battle ill-equipped humanly speaking, yet he conquered by the power of the Lord. “The Lord who delivered me from the paw of the lion and the paw of the bear will deliver me from the hand of this Philistine” (1 Samuel 17: 33-45).

Paul who was highly educated in Jewish theology realized his smallness when he met the Lord Jesus face to face. He admitted that he was the worst sinner and the least of the apostles. He acknowledged that he was preaching by the power of God not by his eloquent speech or human wisdom. God demonstrated his power through him and used him to plant the church in all four regions of the Roman Empire within 10 years.

What was the secret of success for these men and others? What did they share in common?

1. Their sense of inadequacy. Each one of them would not think of venturing out on their own. They did not feel that they had it in them to do what God was calling them to do.

3. Their faith in God and confidence in His power. Though some of them questioned God and asked for signs, in the end each one became convinced that “God’s calling never lacks his supply.” When they became certain that God was with them, they became invincible.

4. Their obedience. Obedience came after they became convinced that God who initiated the call and equipped them with the power will give them success. No human power was going to stop them because they had the power of God.

5. They relied on God. These men had active prayer lives. They did not become proud because God chose them. They acknowledged the source of power and continued to walk closely with God in order not to be cut off from that source of power.

6. They gave God the glory. Because of their weaknesses and God’s power it was obvious to each one of them that the battle was not winnable by their “horses and chariots.” They rightly attributed their victories to the Lord of Hosts.

Do mission agencies today look for these qualities in their missionaries? Or are we looking for confident, strong, well equipped, charismatic personalities with natural leadership skills who are likely to produce the desired results?

Oh, that we would put aside all human wisdom gained from our lofty education, missions “expertise” and our favorite success stories, and return to the Bible to receive our strategies and orders directly from God.

The Bible does not record only success stories. We have ample stories of great defeat because of the spirit of pride, self-sufficiency, disobedience, and dependence on human schemes and military strength.

Saul, like Gideon and Moses was “small in his own eyes” (1 Samuel 15:17). Yet he became proud and allowed jealousy, pride and rebellion to enter his heart and destroy him. God said: “I am grieved that I have made Saul king, because he has turned away from me and has not carried out my instructions” (1 Samuel 15:11).

King Uzziah had a good start. “ He did what was right in the eyes of the Lord.” and “As long as he sought the Lord, God gave him success… His fame spread far and wide, for he was greatly helped….(by God)” But his end was bad. He did not run the good race. “He was greatly helped until he became powerful. ….(then) his pride led to his downfall. He was unfaithful to the Lord his God.” He began to take God for granted and exercise too much liberty with God. The result…“You will not be honored by the Lord God” (2 Chronicles 26:5, 11, 15, 16). His own father Amaziah also had a terrible end because he too became proud and wanted to take matters in his own hands. “From the time Amaziah turned away from following the Lord, they conspired against him in Jerusalem and he fled to Lachish but they sent men against him to Lachish and killed him there” (2 Chronicles 25:27).

After all the successes God gave him, David became proud and wanted to compute his power by counting the troops available to him against the advice of his army commanders. God was displeased with him and even though he admitted his sin, he was punished severely for quantifying his power (2 Chronicles 21:1-30).

Perhaps this is one of the saddest stories because just after Hezekiah prayed and received healing and an extension of his life, he became proud and had a bad end (2 Kings 20; 2 Chronicles 32:24-26).

Saul, David, Amaziah, Uzziah, and Hezekiah are but a few of the many who “fell” from a high point of success for God. The stories of the kings list a great number of men who “did evil in the eyes of the Lord,” although they held positions of leadership over God’s people.

All of these had one characteristic in common. They let power go to their heads. Instead of giving credit and glory to the Lord who was the source of their success, they became conceited and proud and sought their own glory.

Success is not guaranteed by God. The walk of faith has its trials, tests and risks. Many of God’s people were tested severely and they were willing to suffer because their eyes were fixed on God and his promises of eternal life.

“Others were tortured and refused to be released, so that they might gain a better resurrection. Some faced jeers and flogging, while still others were chained and put in prison. They were stoned; they were sawed in two; they were put to death by the sword. They went about in sheepskins and goatskins, destitute, persecuted and mistreated—the world was not worthy of them. They wandered in deserts and mountains, and in caves and holes in the ground” (Hebrews 11:35-37).

From the human perspective these people were not successful. Yet in God’s eyes they were lauded as great men of faith.

If we were to honestly look at the thousands of missionary newsletters and promotional materials, what do we see? How do we present our ministries to our supporters and partners? Do we clearly give credit to God and the work of his Spirit, or do we continually depict ourselves as those with great accomplishments and success? Very rarely do I read a newsletter or hear a missions report which is presented in a spirit of humility giving God all the glory. Often we are guilty of talking as if we did this and that. I recently read this title of an article in a widely circulated publication: “The (agency) is changing the world.” Wow! How many reports claim bluntly: We have distributed so many Bibles, we have raised so many dollars, we have grown to this size, on and on. Recently I heard a missionary give a report on his work. He spoke as though the growth of the church in Africa, Eastern Europe and Asia could be clearly traced back to his beginnings and the great work of his organization. I am afraid that we no longer believe that “the battle is the Lord’s.” Statistics have become the norm in our missionary circles. Research and data gathering consume a good percentage of our budgets. In fact, some ministries only do research and publish statistics. We now have entire volumes quantifying the human and monetary resources of mission agencies. Yet we do this without a thought that it might be displeasing to God. “Let him who thinks he stands take heed lest he fall” (1 Corinthians 10:12).