Inside the World of Christians from Muslim Backgrounds, Part IV: “MBBs as Messengers of God” 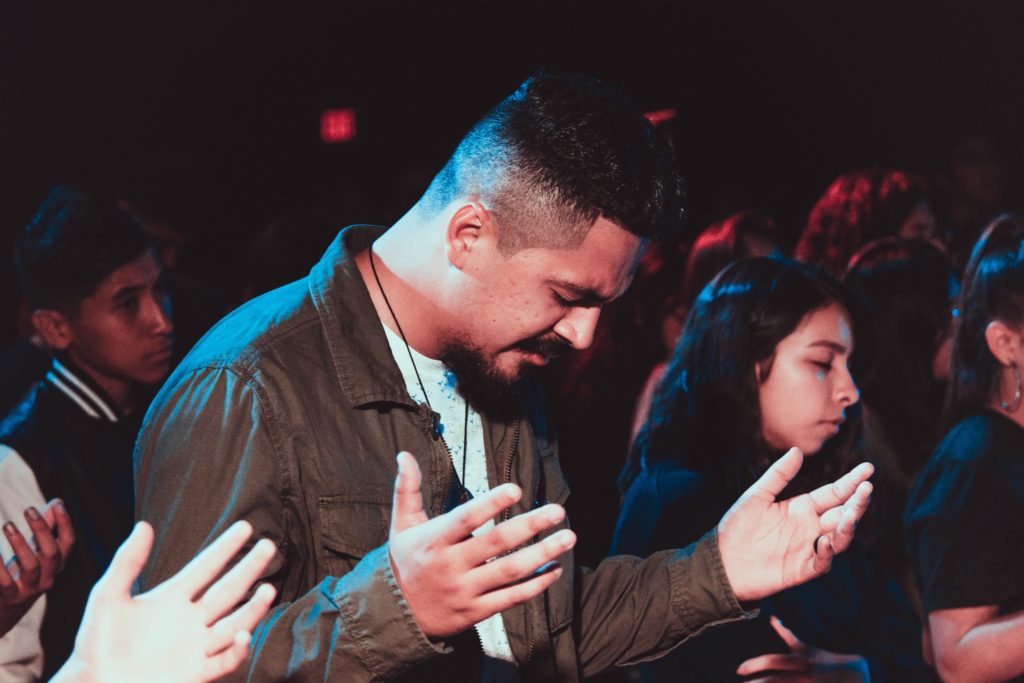 This series of articles has peered into the world of Christians from Muslim Backgrounds (CMBs), a movement that is slowly and steadily growing in many places around the world during our generation. As an CMB myself, who has pastored CMBs, I feel it is important to build upon the pioneer evangelistic work by establishing new believers firmly upon Christ. Christ is the Rock, and those planted upon Him can withstand the inevitable storms. Sweeping problems under the carpet with clichés and shallow triumphalism can actually undermine the faith and long-term spiritual wellbeing of CMBs.

The overarching theme in this series has been to encourage CMBs, and to encourage those who are doing the encouraging. The first article dealt with encouragement to overcome fear and the absence of family approval. The second sought to bring encouragement in overcoming CMB shame and insecurities. The third article gave some guidance in building on friendship with Muslims, inquirers, and CMBs so that new believers enter into prayer, Bible study and application, worship in the presence of God, and fellowship with other believers.

Bible study and discipleship materials that meet the needs mentioned above will likely also be very helpful for an CMB audience. It is not always necessary to invent something new. Consider Muslims as people first and as Muslims second. Consider CMBs as believers first, and Muslim-background persons secondarily.

This final article considers a heart-warming trend: increasing numbers of CMBs are sensing God’s call to share the Gospel with Muslims. Due to instability in the Muslim world, many Muslims are calling their Islamic faith into question, and are now very open to the message of Christ. CMBs are now emerging and entering the missional force as messengers of God.

Students of missiology will be familiar with Melvin Hodges’ The Indigenous Church. 1 Hodges stated that a truly indigenous church will be self-governing, self-financing and self-propagating. Recently I was meeting with some Iranian family friends whom I had not seen in decades. They said that an Iranian CMB woman in their area was enthusiastically evangelizing and had led over 100 Iranians to Christ. The previous week she had given them an evangelistic book. This type of story is more and more common. Those who have been forgiven much—we CMBs—should love much.

While shame, family disapproval and fear have caused “secret believerism” among some CMBs, the tide seems to be shifting. More CMBs are responding to a call of God to preach the Gospel. While non-CMBs have started a beautiful movement, CMB evangelists and missionaries are joining them in this timely outreach.

A Shared Pain: The Burden of the Lord

Those non-CMBs who have prayed for Muslims, witnessed to Muslims, and supported ministry among Muslims know the “burden of the Lord” for lost souls. This internal pain which considers the gravity of eternity has always been the engine of missions. Moreover, Islam diminishes Jesus and seeks to take Him down from His throne. Missions exalts Jesus. Muslims, like the Children of Israel before the Bronze Serpent, must look up to Jesus and live.

The pain over lost Muslim souls is a grief shared by CMBs and those who have sacrificed to bring the gospel to Muslims. It is a painful crucible which forges these hearts together. Salvation for Muslims tends to be a bittersweet experience. No experience is sweeter than realizing that Jesus paid for our sins; it is not about good works any longer. However, with that realization, comes the sobering understanding that Muslims family and friends who have died are lost without Christ. These have been led astray by the Islamic spirit which claims Christ is only a prophet but neither Savior nor Lord. Many CMBs desperately desire to liberate Muslims from these anti-biblical teachings of Muhammad.

The Psalmist’s refrain carries the bittersweet burden of the Lord: “He who goes to and fro weeping, carrying his bag of seed, shall indeed come again with a shout of joy, bringing his sheaves with him” (Psalm 126:6). CMBs are now weeping over lost Muslim souls, even as they sow Gospel seed. May we pray they will find their sheaves full of new spiritual brothers and sisters who have left behind Islam for the Lord Jesus Christ.

There is No God but Yahweh, and CMBs are among His Messengers

The Unitarian God of Islam cannot be the God of Bible, since Islam rejects the Trinity and the divinity of Christ. The Islamic confession is that there is no god but Allah, and Muhammad is Rasul Allah (the Messenger of Allah). Muhammad is central in Islam as the final messenger. Importantly, CMBs today are being called by God to be messengers—missionaries, witnesses—to unshackle Muslims from a spiritual slavery to the teachings of that messenger, Muhammad.

It is an opportune time for CMBs to be trained for ministry and missions. CMBs have become among the most effective witnesses for Christ. In the media, we have observed the fruitfulness of the late Nabeel Qureshi’s apologetic ministry. Brother Rachid of al-Hayat TV has been seen by millions of Arabic-speaking Muslims. Frequently CMBs are on his program and similar shows to share their testimonies. And this by no means overlooks the simple, unnoticed CMBs who steadily share their faith with others.

Faith Missions and the Perceived Shame of Begging

One challenge facing CMBs who feel the call to go into ministry is a lack of financial support. Hopefully the self-propagating model will gain traction. However, CMBs typically have few relatives who are believers and who are able and willing to support such work. Again, this trend is turning for the better, but the starting place is close to null. CMBs may initially know few Christian background believers who are willing and able to support this type of ministry.

Another concern is that many CMBs come from shame-honor cultures. The typical missionary support raising system of the West, which has worked well to stimulate missions, may be viewed in Muslim contexts as begging. Islamic missionaries who spread Islam typically do not function in an identical paradigm to the evangelical faith-promise system.

We often hear the extrabiblical cliché, “Where God guides, He provides.” I hope that this is true, yet it seems that not all missionaries who sense the call of God actually raise enough support to get to their respective field of service. Now that CMBs are entering missions, I am wondering aloud if this system will adequately serve these new messengers. Creativity may be needed to go along with faith and faith-promise. Once again, these obstacles are not insurmountable; they have been overcome by missionaries over the centuries in non-Islamic contexts.

For those who do not go into full-time ministry, bi-vocational ministry is also an option. Many CMBs are becoming excellent “tentmakers,” or, participants in what is now called “business as missions.” Some CMBs are doing well raising support in the faith-promise model. Though it may be a faith-tester, something that grows one’s faith is a good thing. I myself am a faith-promise supported missionary and am thankful for the many churches and individuals who have stood with us over many years.

“Encouragement” at a basic etymological level means “putting courage into.” This courage will result in a Holy Spirit-directed boldness in preaching the Gospel. Where CMBs are discouraged, this boldness will be absent. I pray a great boldness borne of the Holy Spirit, exercised with discernment, will come upon the growing CMB movement worldwide.

The First CMB: Washed in a Pool Called “Sent”

I like to think of the blind man Jesus healed in John chapter 9 as the first “CMB” in the Bible. Certainly CMBs are born blind as sinners, as are all people. Islam adds to this with its teachings that blind people to salvation. Thank God that He has transferred us from the domain of darkness to the Kingdom of His beloved Son.

In the case of the blind man, Jesus’ miracle is instructive:

“While I am in the world, I am the Light of the world.” When He had said this, He spat on the ground, and made clay of the spittle, and applied the clay to his eyes, and said to him, “Go, wash in the pool of Siloam” (which is translated, Sent). So he went away and washed, and came back seeing” (John 9:5-7).

Many Bible place names have significant meanings. This is true with “Siloam,” which means “Sent.” The Holy Spirit has led John to include that meaning in the text. And this new convert and follower of Jesus is quick to glorify Christ after he receives his sight. He becomes a “sent one,” despite any residual lack of confidence he may have had as a lifelong beggar. The new CMB becomes a missionary who is even willing to preach to the religious leaders.

It is encouraging to see this type of enthusiasm among many CMBs today. May we encourage them in this high call to preach the Gospel. Jesus told His disciples: “As the Father sent Me, I also send you” (John 20:21). Jesus is still sending people today, and this throng includes CMBs.

Jesus is building His Church. This will include people from every tribe and tongue and nation. In our days, the Church is receiving many believers from Muslim backgrounds. That background may become less important over time, since Christ is in the foreground.

These new Christians from Muslim backgrounds stand in need of spiritual encouragement in these early days of revival. Due to the extraordinary efforts of Christian witnesses, the Gospel has come to Muslims. Many are responding, leaving behind Islam for our glorious Lord Jesus Christ. I am personally thankful for the countless Christians who have encouraged me to keep putting one foot in front of the other in this journey to Jesus. I believe the Holy Spirit is leading us to do our best to encourage CMBs, that they would grow closer to Christ, and simultaneously draw other Muslims closer to Him.