Are Bible Translators Trying to Bring Christianity and Islam Closer Together? 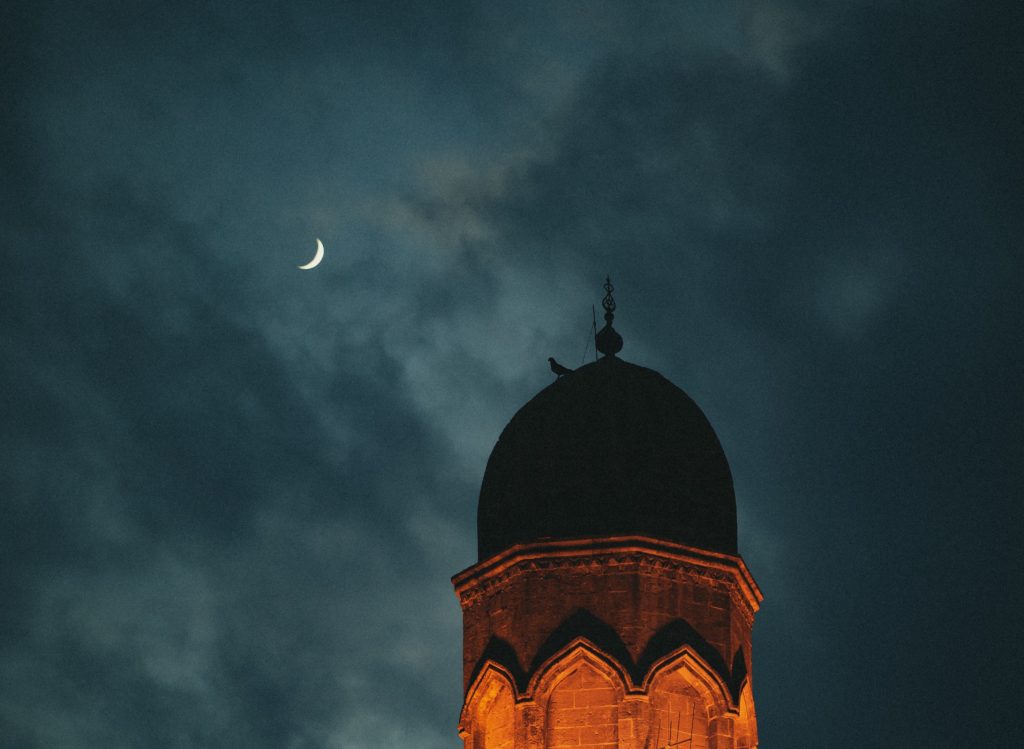 The hows and whats:

Recently I attended a conference at which a number of speakers spoke about some disturbing trends in Bible translation. Some of these projects are being supported by the gifts of church members who are completely unaware of what is going on. Did you know…?

a. When the translator for what has become almost the most popular Bible translation in Arabic commenced his work, he was told that he did not have to use Hebrew and Greek, but rather to simply translate from the Living Bible which was a paraphrase of the Bible. Fortunately, he refused and the Word of Life translation has now been printed over 30 million times.

b. There are about 100 Bible translations that were translated from the English Good News for Modern Man translation, which again was a loose paraphrase of the Bible.

c. There is an Arabic Bible which purposely includes part of the Islamic confession of faith, namely the Shahadah, in order to make Muslims comfortable in reading the Bible.

d. There is an Audio panoramic Bible which leaves out the parable of the lost son and the rest of Luke 15 because it wants to avoid any talk of God as a Father.

f. There are Bible translations that very consciously avoid portraying Jesus as divine. They do this by making him a “spiritual son” “a deputy” “a [human] master/leader/wise man/cleric while avoiding the word “Lord.”

Where is this being done?

Most of the Bible translations mentioned above are for use in Muslim-majority contexts. Thus, this is being done in Central Russia, in Bangladesh, in Indonesia, in Pakistan, in Turkey and the Middle East, and now wherever a Muslim who understands the languages spoken in these places can download their written or audio Bibles, or even buy them on Amazon.

Who is doing this?

Within a number of organizations, there are personnel who are convinced that the way to reach more Muslims is to make the Bible or what is called a “Bible–product” like the Jesus film, or an audio dramatized version of the Bible, Muslim-friendly.  As much as the names of the organizations are important, and some include household names, what is more important is that this is being done in the name of “more effective outreach,” “new and improved versions that replace archaic King James-like versions,” and “the nationals need these works.”

But do national churches want them? In Turkey, for instance, a version came out that rendered the Great Commission as “wash them in the way of Islamic ablutions, in the name of the Guardian, his proxy, and the Holy Spirit.” The Turkish church contested this nonsense and the Western organization pressed on with its distribution. In Bangladesh, a corrupted Gospel of Mark was distributed against the wishes of most nationals, and especially those of a Muslim background, while the Western organization persisted.

Why are they doing this?

Behind the thinking of these individuals and organizations is an idea that the Bible is simply an evangelistic tract. The tract must be made as appealing to the eye of the reader as possible, so you will see nice calligraphy, gold embossing, and titles that include, “Lives of the Prophets,” “The Gospel,” “The Noble Book,” and “The True Meaning of the Gospel of Christ.” In the case of the last one, it is noteworthy that the Arabic word for “The True” is the same word as one uses to say that a particular Islamic tradition is extremely trustworthy, such as “Sahih Bukhari’ or the reliable Bukhari. Note as well that it uses the article “The” as if its rendition is the one and only reliable meaning of the Gospels. It does not say accurate translation, but rather the reliable meaning. Whose meaning is the question?

With this idea comes a view about church. The translator now becomes an interpreter of the Bible and imposes as much of his/her bias into the text. Whereas the production of the NIV and ESV sought to avoid a ‘Baptist Bible’ or a ‘Pentecostal Bible’, what these groups are doing is saying that the pulpit and the exposition of Scripture in Christian community are not very important. Rather, these are ‘designer Bibles,’ which are called a sectarian Bible.

Another reason for these kinds of translations is an idea that if Islam and Christianity are brought close together, then the pains associated with conversion will go away. That is to say, if one simply needs to change lanes on the highway to heaven and keep going in the same direction, that is no big deal. Thus if the Bible is Islamized, it is possible to stay essentially within Islam and somehow get on the highway to heaven. This is to make the trip as easy as possible.

Such proponents look at the about-face, change of mind, heart, attitude, commitments, and loyalties that are involved with true conversion, and they do as much as possible to avoid this change of direction going down another highway, as it were.

Lastly, a reason that people do this is because they think that the essential problem that a Muslim faces is a lack of information. Thus, if you package the information nicely, they will come.

Why is this important?

Imagine working among a tribe of people in ‘Barkistan.’ You were sent there to plant churches. You find that this tribe has a New Testament. The people know nothing of the wonderful concept of the adoption of the children of God by a Heavenly Father because it was scrubbed from their Scriptures. They have a weak Christology because he is portrayed in line with Islamic thinking that Jesus was just a superman created being with a few miracle powers. All throughout their Scripture, you find strange constructions, like Jesus is not the Lamb of God who takes away the sins of the world, but it says that Jesus is the piglet of God, because the Barkistan people don’t know what sheep are.

Imagine how much work you will need to do to correct all of these wrong notions and more. Then if you try to make changes, the local Muslims will say, “I told you, your Bible is corrupted.” If you try to make changes among the Christian people, they will feel that either they were deceived by the first translator, or that you as the church planter are deceptive. If the people compare notes with a neighboring tribe with a theologically faithful translation, imagine the confusion that will ensue when a regional meeting is held in that country. And the list goes on.

What can you do?

Also his, “Best Practices For Assessing The Accuracy Of Scripture & Scripture-Based Products In Witness To Muslims”

2. John Span, “The Mother of the Books: A Case Study of the Consequences of a Seminal Muslim Idiom Translation”

3. Various articles in Ayman S. Ibrahim and Ant Greenham editors, Muslim Conversions to Christ: A Critique of Insider Movements in Islamic Contexts (Peter Lang, 2018). For a first-hand testimony of a fund-raiser who raised more than $215,000 US for a very Islamized Bible translation, see the story by David Harriman, “Force Majeure: Ethics and Encounters in an Era of Extreme Contextualization,” pp. 455-500. Purchase the book here.

Originally published on the CRNA Network. You can read more by John Span here.