Did the Apostles Proclaim an Honor Shame Gospel Part 1 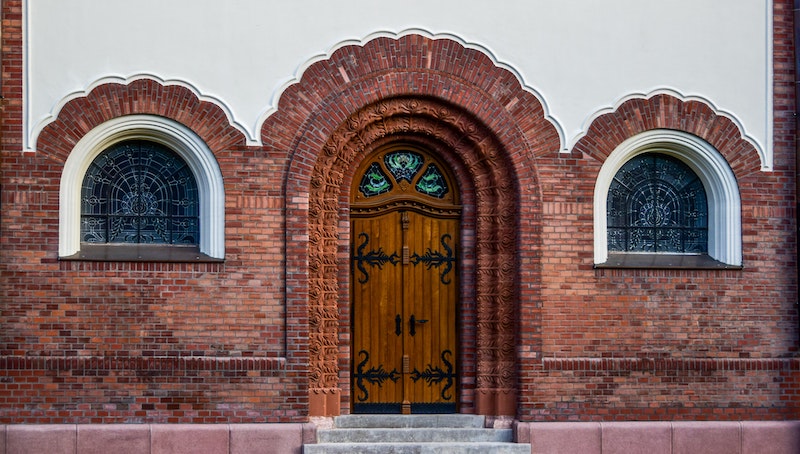 As I was writing this article my wife and I were reading The Soul of Shame. I say “reading” but we were doing more than reading. We also shed tears and talked at length about how we had both listened to and transmitted shame to others, not the least of which were our three boys. We wished we had learned these truths twenty years earlier when we were first starting our family. It was a strange mix of sadness and hope as we considered our personal stories in light of God’s shame-shattering grand Story of redemption.

Such is the nature of the spotlight that the honor-shame movement has helped shed on the atoning work of Christ. We come away with a deeper, broader appreciation of the ways that Christ has rescued us from sin. But, The Soul of Shame wasn’t the first or only book from the honor-shame movement that I’d read; nor was I always left with that same satisfying sense of having my defenses further conquered by the grace of Jesus. Especially when listening to missiologists speak on the topic or when reading books from the honor-shame movement in missions my reaction has been more mixed. While there are aspects that I agree with and value, other aspects have left me feeling something between uneasiness and genuine concern.

My concern, from a missiological standpoint, revolves around the controlling interpretive role that the honor-shame movement grants to the target audience culture. 1 Following Nida and Muller, 2 the honor-shame movement divides the cultures of the world into three major groups: power-fear, guilt-innocence and honor-shame. 3 They are not wrong for recognizing these different types of cultural outlooks.

My concern stems, rather, from those in the honor-shame movement who believe that the content of the gospel should be dictated by the audience’s dominant cultural outlook. One’s missiology never strays far from one’s theology and the honor-shame movement’s ties to the Kaleidoscopic view of the atonement provides the theological framework for promoting a gospel that changes with the audience. Additionally, its connection to the New Perspective on Paul (NPP) fits well with their assertion that appropriation of the gospel is more about faithfulness than faith. What we find then is that the honor-shame gospel is malleable and “Conversion means granting loyalty and allegiance to a new group—God and His people.” 4

To these concerns and questions, we now turn. While this article is very introductory, my hope is that it will help bring some clarity to the discussion in the missions community about what the gospel is and the role that culture plays in its proclamation.

Jayson Georges, founder of the HonorShame.com website, co-authored the book Ministering in Honor-Shame Cultures with Mark Baker, who in turn wrote Recovering the Scandal of the Cross with Joel Green. In that book Baker and Green articulate the kaleidoscopic view 5 of the atonement. This theory states that “the idea that the Bible or the classical Christian tradition has ‘one’ view of the atonement is unfounded.” 6

The kaleidoscopic view of the atonement 7 makes some positive contributions to the atonement theory debate. Many of us would agree that no single view, whether it be the penal substitution, moral influence, Christus Victor, or healing theory, is able to capture fully the multifaceted grace of God demonstrated to us through Messiah’s death, burial and resurrection.

But, the kaleidoscopic view of the atonement, as developed by Baker and Green, takes things to a point that many of us are not comfortable with. 8Reichenbach states that “one might legitimately wonder whether [Green] is a relativist when it comes to employing metaphors to explicate the atonement.” 9

Of course, he then goes on to affirm that “Green, however, is not a relativist [in the full-blown sense of the word],” but that he “treads a delicate balance between the normative role of the New Testament and its cultural forms, and the comprehending role of the interpreter’s cultural context.” 10 This emphasis on the “comprehending role of the interpreter’s cultural context” is the weaknesses of the honor-shame movement’s roots in the kaleidoscopic view of the atonement and will bear fruit in its willingness to adapt the content of the gospel to the target audience.

Perhaps seeing the atonement as a diamond 11 where each facet sheds light on the whole but where no single facet could adequately refract the light by itself will help us understand the multifaceted nature of the atonement while at the same time revealing the weaknesses of the kaleidoscopic view of the atonement as it works its way out through the honor-shame movement.

Briefly stated, when it comes to the proclamation of the gospel, the honor-shame movement is not only willing but feels compelled to spin the diamond of the atonement so that the facet thought to be most relevant to the target audience is directly in front of them. The “gospel” becomes whatever facet of the atonement that the messenger deems most relevant to his audience. 12

Georges actually lays out a “familiar 4-step format to suggest the plan of salvation for each culture type.” 13 He essentially changes the content of the “gospel” depending on his audience. While the audience may find this approach very relevant (what animist wouldn’t want to have “spiritual authority,” “access divine power” and be connected to Jesus who “is the warrior who restores our power”?), 14we must ask ourselves if the New Testament ever records the Apostles proclaiming such a “gospel.” In other words, do the Apostles “spin the atonement diamond” to accommodate their audience? To that question we will turn, but first we must look at the honor-shame movement’s perspective on appropriation of the gospel.

The New Perspective on Paul

“Sanders’s Paul and Palestinian Judaism is commonly regarded as the most influential book written on Paul in the last half-century” 15 because it launched the New Perspective on Paul (NPP). In that book Sanders says that “on the point at which many have found the decisive contrast between Paul and Judaism—grace and works—Paul is in agreement with Palestinian Judaism. There are two aspects of the relationship between grace and works: salvation is by grace but judgment is according to works; works are the condition of remaining ‘in,’ but they do not earn salvation. 16 This is classic “back-loading” of the gospel. 17

N. T. Wright builds on Sanders and highlights loyalty to the covenant people of God as the criterion for what Sanders calls “remaining ‘in.’” Wright redefines faith (pistis) as loyalty. He says, “This loyalty (for which the Greek word was pistis) was the thing that demonstrated where God’s true people were to be found within the new creation that had come to birth at Easter. Here, at a symbolic level, we see part of the meaning of ‘justification by pistis’ [i.e., loyalty]: strange though it will seem to some, pistis is the badge that functions, within the Pauline worldview, as the sign of membership in God’s people. 18 According to Wright’s theology, man is justified by loyalty.

The honor-shame movement uses the same sort of NPP language when speaking of appropriation of the gospel. Georges says, “You must give allegiance to Jesus to enter God’s family.” 19 He goes on to say, “Conversion means granting loyalty and allegiance to a new group—God and His people.” 20 Georges and Baker, right after citing N. T. Wright, write that, “While conversion is primarily a transfer of allegiance to Jesus, moral change remains an essential component of conversion... Along with repenting, a person must have pistis. This Greek word pistis (commonly translated as “belief” or “faith”) carries the sense of personal “loyalty,” or “fidelity,” to a relationship, similar to the Latin word fides.

Jamie and his wife Tammy grew up in Latin America. They are dual citizens of the Latin American country where they have been serving as a family for the last 20 years. Most of that time has been spent working with and under the Latin American church in order to see churches established among minority ethnic groups. Read more from Jamie Miller at AccessTruth.com.