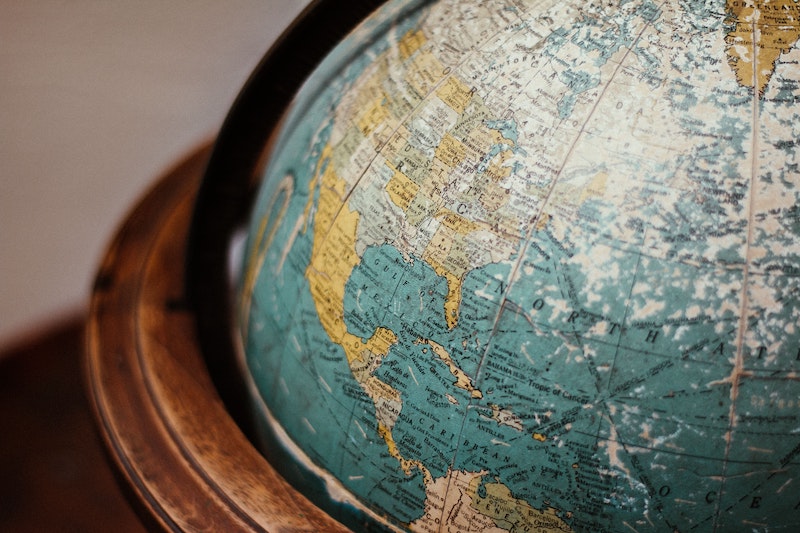 Missions is the central theme of the Bible. From Genesis to Revelation, God reveals his love for his creation and calls his people to be a light and a blessing to all nations. (Genesis 12:1–3; Isaiah 49:6)

Jesus gave his disciples the mandate: to preach the gospel and make disciples of all nations (Mark 6:15; Matthew 28:19). Missiology is concerned with how to practically fulfill this Great Commission in culturally relevant and effective ways. To succeed in this endeavor, missionaries needed to understand the complexity and dynamics of cross cultural behavior among thousands of people groups whom they are trying to reach. They necessarily began to design strategies and methods appropriate to those different cultures.  As such, missiology can be called “applied theology,” for it is the hands and feet of theology; it is the practical application of biblical theory. Recognizing that the main focus of missiology is culture, the German missiologist Henning Wrogemann renamed it “intercultural theology.” 1 Although theology has many more applications in the life of the Church and Christians, missions is its natural expression. According to Martin Kähler, “Missions is the mother of theology.” 2 By this Kähler is stressing that theology was developed in the process of communicating God’s Word to the those outside the faith. In other words missions gave rise to theology.

Theology is derived from two Greek words: Theos (God) + Logia (study): “the study of God.” Its focus and purpose is God, his nature, his will, and his purpose.

The Role of Theology

Toward the later period of the Middle Ages, prior to the Renaissance, theology and philosophy were closely knit.  Thomas Aquinas (1225 -1274) called theology the “queen of all sciences.” In Greek, science was named “sophia,” being the endeavor to acquire knowledge and wisdom. This being the era in Europe when education was based on God  and his Word, the two disciplines were intertwined, and philosophy aimed to answer questions of life based on theology. The aim of Christian theology was to know God through Jesus Christ and the written Word, and to see the world from a Biblical perspective. Thus all academic disciplines were considered branches of theology.

Science is the systematic pursuit of knowledge and understanding of the natural and social world.

Social Sciences are academic disciplines that are concerned with interpersonal interaction among individuals and groups and how they organize themselves into institutions and special interest groups.

Anthropology is derived from two Greek words: Anthropos (man) + Logia (study). It is therefore the study of man. It differs from sociology in that it focuses on ethnicity and primitive culture rather than on social organization.

In the modern era that followed the Renaissance and its successive ideological eras, 3 theology was relegated to a lesser role as one of many disciplines. Some even demoted theology to a metaphysical discipline in conflict with science. As a result, theology no longer was seen as the source and foundation of all knowledge. Rather, it became an independent discipline with its own set of presuppositions and premises. As a result, today’s missiology—and particularly Western missiology—can often stand disconnected from theology, and even antithetical to it. Although there exists some overlap, since both disciplines have the Bible in common, theology, and missiology have drifted apart in their views of God, the Word, and the world.

In the last half century, missiological trends have typically looked to the Bible to validate preconceived concepts and strategies drawn from the social sciences of psychology, sociology, and anthropology. Missiologists quote the Bible frequently; however, many of them interpret select passages in a manner inconsistent with proper biblical hermeneutics and exegesis.

Tension between Theology and Social Sciences?

Modern missiology has adopted many presuppositions of the social sciences, whose starting point is the moral neutrality of man. While the Bible condemns sin and treats it as central to societal problems, psychology—and its cousins, sociology and anthropology—considers the ills in society to be mental or emotional maladjustments that can be rectified by education and socio-economic development. This is because social sciences are descriptive, not judgmental.

Christian theology, on the other hand, goes beyond describing man’s behavioral shortcomings when it declares man fundamentally morally corrupt and in need of redemption. In God’s eyes, cosmetic improvement in man’s mental state or behavior does not suffice. Man needs radical conversion inside out; his heart and mind must be transformed by the power of God. This is the good news, the essence of the gospel we preach: no salvation is possible until sinners recognize their sin and confess it in order to experience a regeneration by the Spirit of God.

Unfortunately, modern missionaries have allowed themselves to be influenced by the social sciences without realizing it, and have drifted away from focusing on the Bible as the final authority. Since the social sciences are man-centered and man-serving, many missions strategies have become exactly that: man-centered and man-serving. Missionaries strive to “preserve culture” by protecting indigenous cultural and religious practices, even more than they strive to promote or effect spiritual transformation of cultures.

This focus is understandable in light of historical Christian “colonization” of other cultures. Many Western movements to convert indigenous people groups have unwittingly forced on them the trappings and behaviors of Western culture, rather than focusing on the transformation that comes from the repentance from sin and salvation through Christ Jesus.

Yet theology is God-centered. All knowledge must start from God and his Word. Man serves God, rather than the other way around! Even as we strive not to force our cultural presuppositions on other cultures, we must still accept that spiritual transformation in the lives of individuals, societies, and cultures is at the heart of a biblical view of missions.

Since the object of its work is society and culture, missiology was developed as an interdisciplinary field deeply rooted in the social sciences. Missionaries needed to understand the complexities of cross-cultural work in order to succeed in their mission endeavor. This drove them to study the dynamics of cross-cultural relationships. Seminaries and Bible schools began to offer courses and degrees in intercultural studies, and understandably the social sciences—particularly anthropology and sociology—offered valuable concepts for understanding cultural relations. However, where once these useful social-science concepts served merely as tools to enrich missions work, over time they morphed into unexamined presuppositions that now define missions work.

One reason for this problem is that for decades now, theological training has no longer been required of most missionaries. Many of them lack even minimal biblical literacy. I have met missionaries on the field that do not know how to share the gospel, and who have never led anyone to Christ, back home or on the field. In fact, in the area of ministry to Muslims, I have found that many missionaries know more about Islam and the Qur’an than they do about the Bible!

Likewise, I have found that a good number of missiologists have degrees in Anthropology or Sociology or Linguistics, social sciences whose purpose is to study man and his environment in order to meet man’s needs and improve his life. After looking at these missiologists’ literature and analyzing their practices, I must conclude that they have fallen prey to the humanistic worldview that makes man, not God, the center of the universe.

Their arguments and approaches typically begin with reverence for cultural study. From there they dig into the scriptures to craft a missions methodology that produces the least possible conflict with target audiences’ worldview or practices. Quoting the Bible lends them an air of biblical faithfulness, but their aversion to challenging other cultures or religions, often puts them in conflict with biblical teaching. This demonstrates that their worldview is derived primarily from anthropology, sociology, linguistics, and communication theory—and not from the Bible.

“How do we know if a method or strategy is biblically sound?“

My passion for five decades has been to examine the Bible with this question in mind, and formulate my missiology based on the Bible. I, like all missiologists, must let the Bible challenge my own preconceived ideas, and remain vigilant against the temptation to manufacture biblical support where it does not exist. “Biblical missiology” is an attempt to correct the man-centric theories and methods propagated by many influential missiologists. While the social sciences provide helpful research methodology, the starting point and presuppositions must derive from the Bible.  If we are to preach the good news of God’s salvation, we must begin with God’s view of culture, man, and every aspect of life.

My prayer and hope is that this series on Redeeming Missiology will help reverse this trend for the glory of God and the expansion of his Kingdom among all nations.

Christians in modern times, are increasingly less biblically literate. Consequently they have lost their ability to discern biblical truths from error.