The Theological Importance of the Term “Father” for God 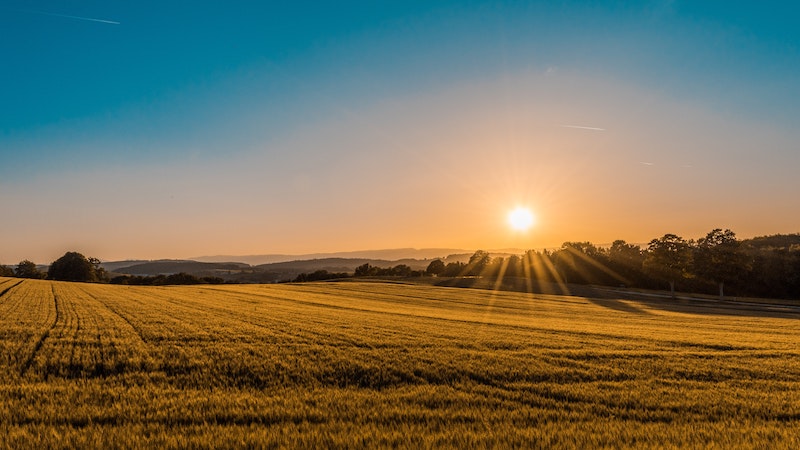 The theology of the Father God is critical to understanding the sweep of the Bible and the relationship of Jesus as the eternal Son of God. Early on in biblical history, God reveals himself to Israel as their heavenly Father. “You are the sons of the LORD your God” (Deuteronomy 14:1). With the advent of Jesus, the role of the Father becomes clearer for believers. “For God so loved the world, that he gave his only Son, that whoever believes in him should not perish but have eternal life” (John 3:16 ESV).

However, in today’s Christianity the theology of God the Father is changing in denominations and in Bible translations for non-Christian peoples. The purpose of this paper is to (1) point out some examples of the changes in the theology of God and (2) demonstrate how the Fatherhood of God is emphasized in both Old and New Testament theology in such a way that a Christian believer must uphold it.

Changes in Theology of the “Father”

The last half century has seen startling changes in the biblical theology of the Father in both church denominations and Bible translations. While the connection between the two is not clearly defined, there are similarities which seem to verify the influence.

It seems apparent that many of our churches and mission organizations have lost confidence in some of the language of the Bible and the work of the Holy Spirit. Oddly enough, there seem to be many Bible translators who cannot say with the Apostle Paul: “But we have renounced disgraceful, underhanded ways. We refuse to practice cunning or to tamper with God’s word, but by the open statement of the truth we would commend ourselves to everyone’s conscience in the sight of God” (2 Corinthians 4:2, ESV).

1. “Go therefore and make disciples of all the nations, baptizing them in the name of the Father and the Son and the Holy Spirit” (Matthew 28:19).

The True Meaning of the Gospel of Christ (2008) is an Arabic translation that renders this verse as follows:

“Cleanse them by water in the name of God, his Messiah and his Holy Spirit.”

2. “For this reason I bow my knees before the Father, from whom every family in heaven and on earth derives its name” (Ephesians 3:14-15 NASB).

And when I meditate on all these great, divine matters, I worship before God the merciful guardian, and he is the one who has created loyalty between the individuals of the unseen [i.e. the spiritual] congregations and between people.

“The insertion of ‘God’ and ‘merciful’ is an example of the attempt to ‘Islamize’ the text. Neither of these words is in the Greek for this passage. It is very common in the Qur’an and in other Islamic writings to use the adjective ‘merciful’ with ‘God.’ Note that ‘family’ is not rendered. Altering Father and Son terminology alters the entire message of the Bible.”

“O our sustainer (parvardigaar) that you are at the great throne, may your holy name be honored.”

The True Meaning of the Gospel of Christ (2008) translates it as follows:

“And when you pray then pray in the following manner, saying, “O our guardian  whose throne has encompassed the heavens, blessed [be] your name, the exalted.”

4. “All things have been handed over to Me by my Father; and no one knows the Son except the Father, nor does anyone know the Father except the Son, and anyone to whom the Son wills to reveal Him” (Matthew 11:27, NASB).

In Arabic– The True Meaning of the Gospel of Christ, revised (2017):

“The insertion of ‘God’ and ‘the everlasting one’ is an example of the attempt to Islamize the text. Neither of these words is in the Greek for this passage. It is very common in the Qur’an and in other Islamic writings to use the noun, ‘the everlasting one,’ with ‘God.’”

“Thus this is how you should pray, “Oh highest Protector [or, guardian. An ISLAMIC TERM], your name is sacred.” 3.

“Father” in the Old Testament

The concept of God as “Father” is not developed as widely in the Old Testament as it is in The New Testament and while the depiction of God as Father is rarely spelled out, it is clearly indicated in many verses. The theology of God the Father is a powerful part of biblical teaching. Following are some of the major O.T. verses relating to the theology of God the Father.

While this Old Testament concept of God the Father clearly indicates a close relationship between God and humans, it in no way indicates any sexual relationship in the same sense that humans have sons or children. The terms father and sons or children are used in relation to God, but in an obvious manner indicating a mystical or transcendental experience humans have of or with God, which is about something that actually happens within this real world. Jesus built on this concept of God the Father as he revealed himself as the Son of God. That is, the Son is related to the Father not in a physical sense but as a supernatural reality in the real world.

Jesus spoke of God as being our Father

The gospels show that Jesus refers about 70 times to God as his Father and about 25 times as our Father. In particular, Jesus teaches the disciples to pray to the Father. “Pray then like this: Our Father in heaven…” (Matthew 6:9).

All the gospels give many references to the way Jesus emphasizes the reality and nature of God the Father. But the gospel of John records the most references — at least 100. Only chapters 9, 19 & 21 lack a direct statement of the word Father. Some chapters such as 5, 6, 8, 10, 14, 15, 16 and 17 are primarily teaching about God the Father. Since the gospel of John was written about 85 AD, we would expect the Church in general to reflect its teaching.

Notice how all the New Testament writers refer to God the Father to clarify the message of the gospel. By indicating that the true God who is both the Father of the Lord Jesus Christ and our Father, the writers specify which god they mean to convey. With the exception of John 3, every new Testament letter mentions God the Father in the first few verses. The following are quotes from the ESV.

Ghevond’s history gives a text of a Letter from Flavian Leo III (685-741) to Umar II. “Flavian Leo, Emperor, the Servant of Jesus Christ and the sovereign of those who know Him, to ‘Umar, Chief of the Saracens.” This letter, written in the 8th or 9th century, is a long recitation of biblical beliefs arguing the superiority of the Christian beliefs and the integrity of the Bible. It is fascinating that one of the points Leo makes to Umar is that Umar changes the word Father where Jesus speaks of him in the gospels.

“As for you, in all these passages that I have cited, whenever you meet with the word ‘Father’ you change it, and replace it either by the word ‘Lord,’ or by the word ‘God,’ and you think to be able to justify your position by thus doing.” Leo then calls them “shameful modifications.” 4

The tendency to change the words of the Bible was already cropping up in the early centuries of the Church, and this dishonest practice was challenged at that time. The primary reason we should all oppose Muslim Idiom Translations (MIT) is that they erase the opportunity for people to come to faith in God the Father. Should we erase the concept of the Fatherhood of God to please other religious people who do not know God as Father? To do this denies scripture. It is a deception of the devil. It is a rejection of the Fatherhood of God. It is a denial of who God says he is — thus making God a liar. And it obstructs any believer in spiritual growth by preventing him or her from understanding and thus knowing the love of the Father. May the Church rise up to end this practice by some Bible translators.