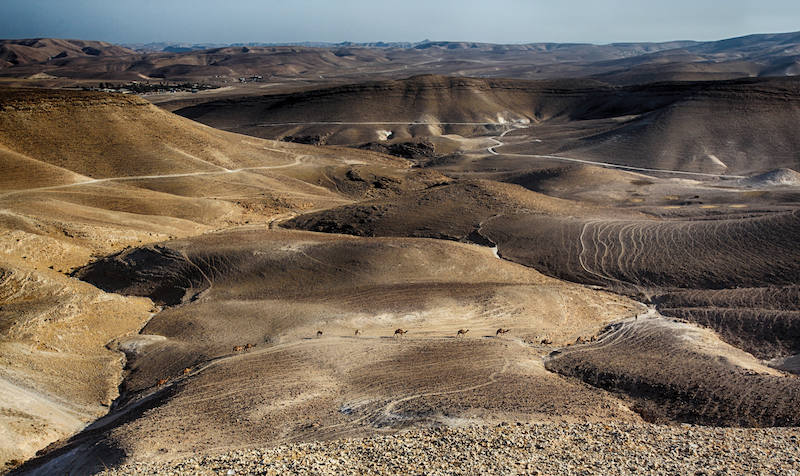 Their words almost knocked me over. They hit me like a horse hoof to the gut.

When I was a young boy, I helped my father train quarter horses. And we always felt the danger of being the recipient of a wayward hoof. One day, not paying close attention, I was kicked, leaving a well-defined hoof print in the center of my stomach. Every ounce of breath left my body.

Decades later, challenging words delivered by believers from an Islamic background left me just as breathless.

After experiencing the devastation of Somalia, broken over the martyrdom of over 90% of Somali believers, our learning curve was acute. Believers in persecution were generous with their wisdom; they instinctively understood that investing in us gave deeper meaning to their own suffering.

We had already learned how important it was to listen. So we set aside time to listen to the believing culture inside a Muslim country, in rural and urban locations, among both young and old, both men and women, and those literate as well as oral communicators. They told us how they had heard of Jesus and his Bible for the first time. We were startled to discover that their experience was quite different from the experiences of most of the rest of the believing world.

In our earlier travels, we had learned that much persecution originates within governments and institutions of power. In the U.S.S.R. and China persecution was institutionalized. Persecutors were typically somewhere “out there,” and they employed means to find, punish, incarcerate, and kill believers.

In the world of Islam, we discovered that persecutors are typically not “out there,” but “in here.” In Islam, the persecutor often eats at your breakfast table, watches movies with you, and sleeps in your bedroom.

What Makes a Good Missionary?

As we talked with persecuted believers, we discovered that they often wanted to talk not just about their own persecution, but also about us, workers from the West. As darkness settled in, after a full day of stories and interviews, I asked these believers about Western missionaries.

These believers looked at each other in horror. For hours, they had related their most personal stories.

They had shared accounts of rejection by parents and siblings. They had unpacked events where they had been shamed and beaten. They had told of other believers who were forced to marry nonbelievers. They had even recalled brothers and sisters who had been brutalized before being killed for their faith. They had not held back the most intimate stories surrounding their families, faith, and persecution.

But when I ask this final question about Western missionaries, they froze.

I pushed harder. I sincerely needed to hear what they would say.

Finally, with great hesitation, one of the believers looked at me and said, “I don’t know what makes a good missionary, but I can tell you the name of the man we love.”

When he told me that man’s name, I asked him the next obvious question, “Why do you love him?”

The Man They All Loved

I journeyed to five different places in that country. For ten long days, I interviewed believers. Each time, as I reached the end of the interview, I asked the same question: “What makes a good missionary?”

The response was identical each time: “We don’t know what makes a good missionary, but we can tell you the name of the man we love.”

Amazingly, I heard the same name in every place!

When I asked why they loved him, the answer was always the same: “We don’t know. We just love him.”

At this point, I began to feel jealous. I wondered why people hadn’t loved me this much. I found myself developing a grudge against a man I didn’t even know!

While I silently prayed not to hear the same answer, they said to me, “We don’t know what makes a good missionary, but we can tell you the man we love.” By now, the next sentence was predictable and expected; they mentioned that same name that I had heard over and over again.

The Missing Ingredient in Missions

By this point, I was so frustrated that I told them firmly that I was not going to leave until they told me why this worker from the West was such a wonderful man. I insisted on an answer.

Finally, one of the men leaned across the table toward me and said forcefully, “You want to know why we love him? We love him because he borrows money from us!”

I was stunned. I thought to myself, Well, I can do that, if that’s what it takes to be loved by believers in persecution.

His statement, however, hinted at something much deeper, and I pleaded with him to explain. What I heard felt like that horse-kick to the stomach. The words knocked the breath out of my body.

The man said, “When this missionary’s father died, he came to us and asked for our help. We didn’t have much, but we gathered an offering of love. We bought him a plane ticket so that he could go home to America and bury his father. This man and his family give everything they have to the poor. They struggle to pay rent and school fees, and put meat on the table. And when he has a great need, what does he do? He doesn’t go to the other Westerners for money. He comes to us. He comes to the scattered and the poor, he comes to local believers, and he asks for, and gets, our help.”

“Do you want to know why we love him? He needs us. The rest of you have never needed us.”

We Need to Need the People We Serve

I was tearfully overwhelmed. And I confessed the arrogance of Western missionaries — and my own arrogance. So much of what we do is about us and about what we can provide. We travel around the world to meet needs, not to be honest about our own, nor to become part of their body of Christ. We are the “haves,” and they are the “have-nots.”

Though our motives are not always suspect, we generally come and tell other people to “sit down and listen” while we stand and speak. We are aggressive, and we expect local people to remain passive. We bring the gospel, Bibles, and hymnbooks. We provide baptisms, discipleship, and places to meet. We choose the leaders. We care for orphans, build orphanages, rescue the broken, and care for the crippled.

And those are all wonderful things.

But here’s the challenge: What’s left for local people to do? What’s left for the Holy Spirit to provide? Where do we model how to trust God and his provision through the local body of believers? Where do local believers find their worth, their sanctified sense of signficance? What gifts and sacrifice can they bring to this enterprise of taking the gospel to the ends of the earth?

Rarely did the apostle Paul create dependency upon himself. Often in his letters, Paul expressed how desperately he needed his brothers and sisters in Christ. He called those friends by name years later. He never forgot them. When possible, he returned to be with them. When he could not go, he sent them someone else. And he faithfully wrote to them, expressing his love, encouragement, and correction. In a word, he needed them.

If I Were to Start Over

If I were to start my missionary life over, I would bury my pride and unpack some humility. I would become a brother, a friend, and a peer. I would care more about the names of my brothers and sisters on the “mission field” and less about the numbers of baptisms, people discipled, churches planted, and orphanages built.

I would take to heart the lesson of John the Baptist, saying about a local believer what John said about Jesus: I must decrease so that he can increase (John 3:30). I would invite local believers to lead in the light while I served in the shadows. I would have pressed into what it meant to really need them.

During most of my ministry in Africa, I felt that I was the apostle Paul. I now know that I often need to be a Timothy.

For those of us in the West, this image should seize our hearts: Jesus taking the cloth from around his waist and washing the feet of the disciples, saying, “The last will be first, and the first last” (Matthew 20:16).

Nik Ripken is the world's leading expert on the persecuted church in Muslim contexts. He is a missions veteran of 30 years, having served primarily in North Africa and the Middle East. He is the author of The Insanity of God and the new book The Insanity of Obedience.