The “Insider Movement”: A Brief Overview and Analysis 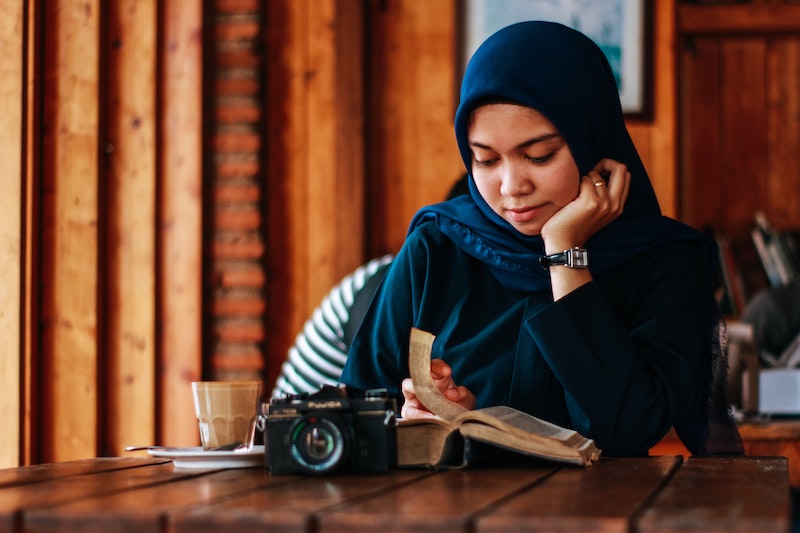 Note: Originally published in 2011 on Biblical Missiology, this article offers an excellent overview of the Insider Movement and a biblical response.

An astounding phenomenon, though not exclusive to ministry to Muslims, is overtaking much missionary work among Muslims.  A growing number of professing Christians involved in witness to Muslims are a part of what is called, “Insider Movements,” or the “Insider Movement.” This controversial approach to ministry has resulted in many of its proponents to affirm that Muhammad was a prophet from God, the Quran is at least partially-inspired Scripture, and it is possible for Muslims to retain their Muslim identity as “Muslim followers of Christ.” Such beliefs have resulted in radical practices such as professing Christians and former Muslims legally converting to Islam and the production of “Muslim-idiom translations” of the Bible that do not literally translate such words and phrases as “Son of God,” “Son of Man,” and “Son,” in reference to Jesus and “Father” in reference to God.

Another equally amazing aspect of this phenomenon is the relative ignorance of the Insider Movement among churches and individual Christians in the West, including those who pray for and financially support its proponents. This is especially striking when it may not be an exaggeration to say that every evangelical organization in witness to Muslims is affected in some way by the Insider Movement.

What is the Insider Movement?

According to definitions given by several proponents:

An insider movement is any movement to faith in Christ where the gospel flows through pre-existing communities and social networks, and where believing families, as valid expressions of faith in Christ, remain inside their socio-religious communities, retaining their identity as members of that community while living under the lordship of Jesus Christ and the authority of the Bible. 1

You follow Jesus as a Hindu, as a Muslim, as a Buddhist, or as whatever other variety of socio-religious community you might be from. 2

The Insider Movement for Muslims is any approach in which Muslims are told that they can retain their Muslim identity and have saving faith in Jesus Christ.  The premise is that this will allow such believers to remain “inside” their family and community and be witnesses to them.  If such believers identify themselves as “Christians” it would most likely force them “outside” of their families and communities and cut off their ability to witness to them.  Fouad Accad, a late director of the Bible Society of Lebanon, while not using the phrase “Insider Movement” in his book, Building Bridges: Christianity and Islam, nevertheless strongly advocates for this approach:

If a Muslim could trust Christ without alienating his family and friends, he could become a means within his own community to testify to them…Today there are Muslims trusting Christ in Muslim lands who do not consider that they have become “Christians” (the word has a political connotation to Muslims), but instead see themselves as having become truly Muslim (the word Muslim means “surrendered to God”). 3

“Muslim-idiom Translations” of the Bible

These “translations” have appeared in audio, printed, and video versions of the Bible.  The list of languages in which at least any portion of Scripture has incorporated such “muslim-idioms” and/or its guiding principles is growing.  The author is aware of such “translations”, whether in part or in whole, in various dialects of Arabic, as well as in the Baluchi, Bengali, Dari, Indonesian, and Malay languages. Three very controversial aspects of such “idioms” have to do with:

2.  A non-literal translation of “Son of Man” in reference to Jesus Christ

3.  the use of Islamic honorifics (using Islamic titles for Jesus and other Biblical people that Muslims regard as “prophets”. This includes using “Master/Mister” prior to the name of Jesus, “the Prophet” prior to proper names like Moses, David, Solomon, etc. and using the phrase, “peace be upon him,” after the names of “prophets”)

In order for an approach or movement to be considered biblical it must be able to withstand the scrutiny of the Old and New Testaments. While the following is not a comprehensive list, looking at four of the foundational premises of the Insider Movement in light of Scripture will help us to arrive at a proper assessment:

1.  Insider Movement Premise: being an “insider” will result in witness to family and others in one’s community

Challenge: Witnessing is the result of obedience to God’s Word and the prompting of the Holy Spirit. Consider some biblical reasons for witnessing:

Another consideration concerning witness is how Jesus, the Apostles, and first Christians (i.e. Jews) regarded their identity. Believers were taught and practiced baptism, which was a public identification of following Jesus (Jn. 4:1-2; Mt. 28:19; Mk. 16:16; Acts 2:38-41). They also met together for instruction (Acts 2:42-47). There was no known effort to highlight their being Jews in order to witness to unsaved family and friends. This is all the more remarkable when we remember that First-Century Jews faced similar pressures and persecution as do Muslims for following Jesus Christ.

2.  Insider Movement Premise: being an “insider” will result in acceptance of such a witness

Challenge: Jesus’ teaching and experience while on earth was exactly the opposite of this premise: “Only in his hometown and in his own house is a prophet without honor” (Mt. 13:57).  The people of His community wanted to kill him after He preached to them (Lk. 4:28-30), His family considered him mentally deranged (Mk. 3:21, 31-32), and his brothers did not believe in Him (Jn. 7:2-5).  Consider the following passages from the Bible that stand in contrast to the above premise:

It is impossible for any human to save the soul of another human.  Redemption of the soul is the work of God (Ps. 49:6-9; Mt. 19:25-26) and the convincing work that leads a person to be saved is also the work of God, the Holy Spirit (Jn. 16:6-11).  This is not to minimize the role of witnessing but it does counter the false presupposition that remaining “inside” one’s family and community guarantees acceptance of the “insider’s” witness.

3.  Insider Movement Premise: “Muslim” has no religious significance – it only refers to culture

Challenge: By assigning a new meaning to “Muslim” that Muslims themselves do not accept is at best disingenuous and at worst deceptive.  The retention of “Muslim” as an identity is based on creating a double entendre in which it means one thing for “Muslim followers of Christ” but another for “regular” Muslims who properly understand the term to mean an adherent of Islam which includes the belief and confession that Muhammad is the final prophet of God and that the Quran is God’s Word. The Bible is very clear regarding the importance of truth and honesty:

4.  Insider Movement Premise: Filial language (i.e. “Father” and “Son”) and the phrases “Son of God” and “Son of Man” are not divinely inspired terms that must be literally translated

Challenge: If the Bible is divinely inspired (2 Tim. 3:15-16) so that even the use of a word in its singular form (e.g. “seed” in Gal. 3:16) points to Jesus, how much more three of the most important designations of our Lord: “Son,” “Son of God,” and “Son of Man”? Jesus’ use of different names and titles for Himself is consistent with God’s self-disclosure through different names in the Old Testament. If these three designations can be substituted with other words and phrases ultimately these terms are superfluous to understanding the Person of Jesus. Consider the significance of the following:

The term Son of God:

The Term Son of Man:

The goal of any Bible translation must be faithfulness to the original texts. To “translate” according to an audience’s sensibilities, real or perceived, changes the focus from conveying the Author’s intent to what pleases people — a very slippery slope indeed!

Many individuals within reputed evangelical missions organizations, publications, and programs involving denominations and para-church ministries have been promoting “Insider Movements” as both a supernatural work of the Holy Spirit among Muslims as well as a biblical method of culturally-sensitive or contextualized way of effectively ministering the Gospel of Jesus Christ to Muslims.  In light of the Bible’s teaching, some of the foundational premises of the Insider Movement are seen to be in error. Ultimately, the Bible does not allow for retaining any identity that conflicts with one’s commitment to Jesus Christ. Jesus made it very clear that commitment to Himself takes precedence over all other affections and identities (see Mt. 10:32-39; Lk. 14:25-35). The Insider Movement, regardless of intent, is a syncretistic approach that is biblically untenable. A great missionary to Muslims, Samuel Zwemer, wisely observed, and with which we conclude:

A passion for Moslem souls does not mean that we are to compromise or to conciliate at any price.  “Faithful are the wounds of a friend.” 4

Khalil Ullah (pseudonym) first began witnessing to Muslims in North America in 1988. He primarily ministers to Arabic-speaking Muslims and their descendants in the U.S. He has studied Arabic overseas, is involved in church-planting, teaching English, training, and providing printed and digital resources for those interested in evangelizing Muslims and learning more about Islam.