When C4 is not Biblical in Many Respects 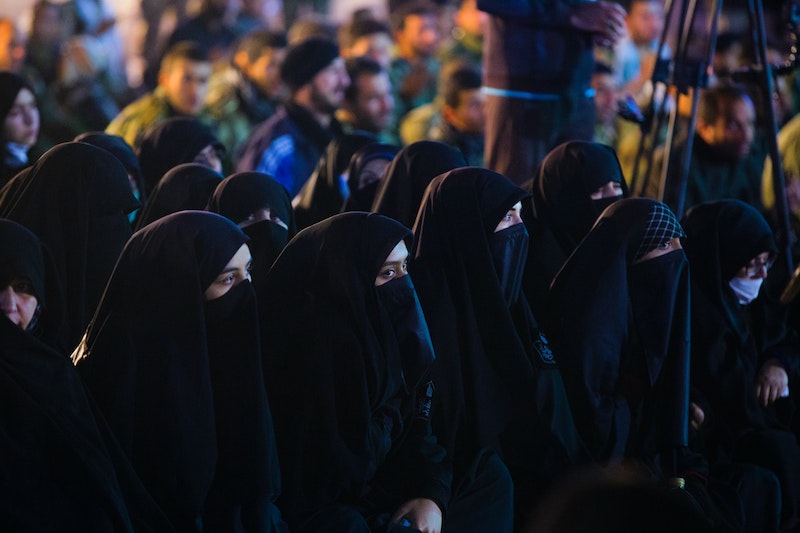 On April 30, 2011, I received an e-mail asking me about my conviction that C4 alters the Gospel message. Generally, C4 (so-called in the C1-C6 Spectrum) has been the boundary that many evangelicals feel is as accommodating to Islamic theology and culture as one should go before the gospel message is altered or lost. Although I believe the Spectrum, as such, is misleading in describing the various levels of contextualization of the gospel in various cultures, I am following the general description of C4 in this paper. I have put down some of my thoughts about the ways in which C4 is not biblical.

The first published reference to C4 was by “John Travis” (pseudonym) in EMQ in 1998.

Another reference by “John Travis” is in Appropriate Christianity where he argues for a C5 application while seemingly moving on from a C4 position. He describes C4 here as “Contextualized Christ-centered community using the mother tongue and biblically acceptable socio-religious Islamic forms.”

“Moving beyond these first three types (C1-C3), we, along with a number of national and expatriate coworkers, felt compelled to apply contextualization theory further. We looked for religious forms commonly used by local Muslims which were either expressly Biblical, or at least neutral, so that Muslims coming to Christ would need to change outward forms as little as possible. When we actually analyzed Muslim religious forms and practices, we saw much that was usable…”

“Along with a group of national Christians burdened for lost Muslims, some of whom were Muslim Background Believers (MBBs), we experimented with “Islamic” forms of dress, terminology and prayer forms, in sharing the Gospel with Muslim friends and relatives. Other groups were carrying on similar experiments in nearby areas. What developed over time was a contextualized expression of faith in Christ, in which the believers called themselves “followers of Isa” rather than “Christians” (the term “Christian” bears much unnecessary, mostly Western, baggage).” 2

The term mother tongue does not represent an issue but what are these “biblically acceptable socio-religious Islamic forms?” This is open to interpretation and people may disagree but it seems to me that there are few biblically acceptable Islamic theological forms other than those similar to Old Testament customs. Even some clothing has special meaning for Muslims such as the head coverings for women though it varies among ethnic groups. Prayer positions such as lifting hands or prostrating oneself might be considered exceptions but the positions in Islamic prayer are linked with the efficacy of the canonical prayer (salat). Also, women do not pray with men. Sacred space plays a role.

Form has meaning and the form of Islamic prayer connotes a different meaning from that of biblical prayer. For example, Islamic prayers require ablutions to precede the prayer. The well-known scholar Seyyed Hossein Nasr writes:

It is apparent from the writings of Islamic scholars such as Nasr & Sainah Anwar in Malaysia 4, or Regula Burckhardt Qureshi who, like Nasr, emphasizes the importance of Muslim sounds and space that the Islamic understanding of God is significantly different in meaning from that of Christians and Jews. 5

Some will argue that the Muslim forms are the same as biblical forms because we worship the same god. But the meaning is different. Roland Clarke recently published “Mighty to Save” on answering-Islam.org in which he emphasizes the fact that though Muslims stress the oneness or unity (tawhid) of God, they do not seem to recognize his saving power. They fail to recognize the Savior. How much of Islamic theology focuses on tawhid while ignoring biblical descriptions of God’s nature such as the Fatherhood of God? Nasr writes: “For this reason Islam is based from beginning to end on the idea of Unity (tawhid), for God is One. Unity is the alpha and omega of Islam.” 6

Thus I believe that C4 fails from the start if “biblically acceptable socio-religious Islamic forms” are the standard. Prostrating oneself on the floor as well as the other forms of the salat carries distinctive Islamic meanings even though in Christian contexts they would not indicate anything significant. Keeping the fast month and participating in the Eid al-Adha sacrifices are not acceptable to Christians because they do not portray the meaning of the biblical fast.

What are the forms and what does “Travis” mean by these forms? Theological models drawn from the culture have form and meaning. For example, Hindu people may wash in the river Ganges frequently but sometimes it has a special religious meaning for them. Muslims may face toward Mecca at any time but there are special religious times when its meaning is unique. When we draw theological models from the local culture, we have to understand what they mean to the local people. They are not based on a biblical worldview and therefore are do not contain biblical truth even though similar forms may be used in other contexts among believers which do reflect true worship.

“Travis” states that the C4 lifestyle is usually limited in time. “Although they would keep the fast, wear Islamic clothing, use Islamic terminology, keep Muslim dietary practices, and not change their names, they would generally not pray in the mosque and no longer referred [sic] to themselves as Muslims.” 7

Rebecca Lewis is another advocate of C4 who defines the use of “socio-religious” as a movement where believers in Jesus “remain inside their socioreligious communities.” 8 Lewis goes farther than “Travis” in saying that believers in Jesus Christ retain “their identity as members of their socioreligious community while living under the Lordship of Jesus Christ and the authority of the Bible.” 9 This view emphasizes the permanence of the “believers” in their community’s religious orientation. How can C4 be biblical if so-called “believers” are actually continuing their non-biblical worship practices?

As her view would relate to Islam, I understand Lewis to mean that believers in Jesus Christ may continue in their religious context following the practices of the Muslim community. In the case of Muslims, “Travis” mentions that they would continue to celebrate the fast month & dietary practices of the former religion. 10

” which I would consider not biblical, not based on biblical theology, and thus altering the gospel message. (1) The Islamic theology of the fast month is a religious duty which means it is essentially based on works theology. Clearly, this conflicts with New Testament admonitions. Islamic fasting is quite different from biblical fasting. (2) In Christ there are no dietary rules except possibly those in Acts 15. (3) In addition, the sacrifice of Eid al-Adha is reminiscent of Old Testament sacrifices and it ignores Hebrews 10:8-10.

“When he said above, ‘You have neither desired nor taken pleasure in sacrifices and offerings and burnt offerings and sin offerings’ (these are offered according to the law), 9 then he added, ‘Behold, I have come to do your will.’ He does away with the first in order to establish the second. 10 And by that will we have been sanctified through the offering of the body of Jesus Christ once for all.” (ESV)

While it is true that Islam has many secular forms such as law, marriage, family systems, basic values, and social behavior that may seem to be similar to Christian organizing principles, they are actually quite often different. Child dedication, marriage, and burial practices may seem harmless to the untrained eye but they have vastly different meanings from biblical values. For example, in the Sundanese Islamic culture a child’s placenta is considered the child’s “friend” and it is buried at a particular place where it can be prayed to for assistance at a later date. The marriage of an Islamic woman is contracted only between men. The “bride” is not present at the “religious” ceremony. The burial of an Islamic person involves ceremonies that enable the spirit of the dead to return to the place of its origin. In all the life-cycle ceremonies, the spirits of the dead are called to authenticate the service and special spiritual procedures are performed to resist any negative activity of evil spirits.

These are just a few examples of how C4 orientation is contrary to scripture. If a new convert practices such as these, his/her opportunity for spiritual growth in Christ will be severely restricted. “Travis” makes the argument that the C4 lifestyle should continue even though the community may realize that they are no longer Muslims. The C4 argument may be that these practices will cease but on what basis they will cease is not explained.

In 2 Corinthian 6:17-18, Paul quotes Isaiah 52:11 and other verses where the LORD reminds Israel that he delivered them from Egypt and he will deliver them again.

“Therefore go out from their midst, and be separate from them,
says the Lord, and touch no unclean thing; then I will welcome you,
and I will be a father to you, and you shall be sons and daughters to me,
says the Lord Almighty.” (ESV)

When Paul admonishes the Corinthians to “come out from among them,” he applies to the gentiles the LORD’s understanding of separation to holiness. When we leave converts in their “socioreligious communities” with little or no understanding that the “times of ignorance God overlooked…” we doom them to a barren spiritual life in which they must continually struggle with the satanic influence of an unbiblical worldview.

My suspicion is that many advocates and participants in C4 have not thought through the implications of its effects. Evangelistic models must answer the spiritual questions of the people in light of a biblical worldview. When we sublet our house to a focus person, he asked that he officially take charge of the house a few days before the contract was signed. We were uneasy about this but he assured us that he would not move in before we left the house. When he came on that day, he brought his spiritual practitioner with him. Although he was a Muslim, he had a shaman pray around the house and he planted a bush in the yard. He did this because his formal religion was intertwined with a mystic belief system so that the two operated in conjunction with one another.

In Colossians chapter one, Paul clarifies the biblical message that “all things were created through him and for him” (v. 16). The magic bush, like everything else, is subject to Jesus Christ. It is important to understand the theological and philosophical basis of the focus religion before we explain biblical orientation. The biblical worldview is clear but it is no small task to explain it to a person with a non-biblical worldview. The Holy Spirit must convict and convince the hearer.

While I realize that many converts move slowly from their former theology and world view, I do not think it is biblical to authenticate their practices even when we understand that it is natural for this transition to take some time. While we may not force converts to move into what we consider a valid biblical lifestyle, we certainly should teach and encourage them to do so. These are some of the reasons why I believe that C4 teaching by nature does alter the gospel message in significant ways and prohibits spiritual progress in those who want to follow Jesus.