Loving Muslims and Sharing the Gospel with Them – Can You Do It? 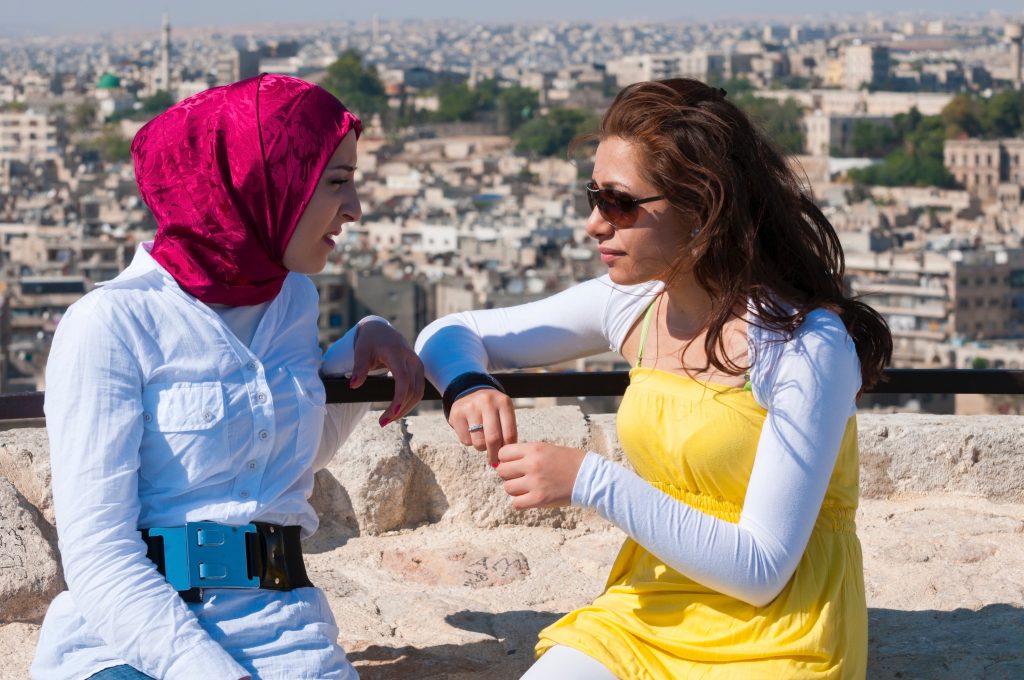 Muslims were my enemies. I hated them with a passion.

That was before I came to know Jesus as my personal Savior. For 51 years now, I have not stopped witnessing to Muslims and I find them open and eager to know about the Christian faith. No joy surpasses seeing Muslims abandon the darkness of Islam and come to the kingdom of the light of Christ.

What about you? Do you think God can use you to bring one or more Muslims to Him?

It is no secret that there are many obstacles facing us when we engage Muslims. We hear all the time that Muslims are resistant, they are difficult to reach, they will not listen and that they will argue. These are real obstacles but they are not insurmountable.

“Now I know what to do,” a woman told me after attending a Legacy conference. Before the conference Muslims were a mystery to her. She had mixed feelings of anger, fear and confusion about Islam and what to do with all the Muslims coming into her neighborhood. Now she has a number of Muslim friends with whom she regularly shares the gospel.

Reaching Muslims is a lot simpler than we think. You do not need a degree in Islamics, you do not need to know the Quran, and you do not need to do it full time. A smile when you meet Muslims will go a long way to warm their hearts, especially because they are led to think that Christians hate them. When you come over and greet them they are likely to open their hearts to you. Initially they may be suspicious of why you are so friendly. This is okay. Persist, and soon they will find out that you have no other reason to befriend them than genuine love – a powerful message about God’s unconditional love.

I have found that when you love Muslims and take the first step toward them, they will take many steps toward you. Your practical love through offering friendship and hospitality has the power to dispel many of their wrong perceptions of Christianity and Christians.

But, for many Christians, friendship evangelism is limited because they do not know how to turn a friendship into a witnessing opportunity. They remain silent about their faith and end up denying their Muslim friends the most wonderful news of Christ’s love and salvation. Friendship and lending a helping hand to Muslims cannot replace the sharing of the gospel with them. They need to go hand in hand.

Someone asked me, “When do I begin witnessing about Jesus?” My answer: “When you first meet a Muslim.” You do not need to wait. Muslims already think you are a Christian, and will expect to hear from you. They will find it strange if you do not share about your faith. So, do not be timid. Early in your relationship, do not hesitate to ask something like, “Do you have a copy of the Bible in Arabic? I would love to get you one.”

This direct approach will save you a lot of beating around the bush. It is not asking them to become Christians. You are offering them a meaningful gift. Muslims will rarely refuse a gift. They may initially refuse because they do not want to give you the impression that they are interested in converting to Christianity or for some other reason. But it is absolutely normal to tell them that you would be very happy to get them a copy and that they cannot refuse your gift. If you do it with a sense of humor they are likely to accept your gift.

In the same way you can ask them if they have seen a film about the life of Jesus and offer them a copy in their language.

I have found in my five decades of ministry to Muslims that the more direct you are, the more likely you are to succeed in getting your Muslim friend to respond positively to you.

Jesus warned us that many are invited but few are chosen, so do not expect everyone to accept Christ. But a number of them will if you continue to search for those who are open and focus on those who are willing to engage you. There are plenty of Muslims who are open to learning about Christ.

A few years ago I conducted a survey among 100 converts from Islam asking them about the major factor in their conversion. It may come as a surprise that 85% of them wrote that the love of Christians toward them sparked their interest. There you have it: if 85% have come to Christ because of the love of Christian friends, doesn’t it make sense that we should consider this as a major factor for success in our witness to Muslims?

Dreams and visions played a role among 60% of these same converts. This is certainly a very interesting conversation starter. Ask, “Have you had any dreams of Jesus, or of heaven and hell?” If they have, you will know that Holy Spirit has gone ahead of you and prepared their hearts for you to share the gospel with them. If not, find another conversation starter.

Paul says in Ro 1:16, “I am not ashamed of the gospel for it is the power of salvation to all those who believe.” The gospel must be the central theme of our relationships. In the last six months I have been blessed to see personally over a dozen Muslims come to Christ, and our conversations have consisted of little other than Jesus, the Bible and the Christian life. I find them interested and even hungry to learn. You have what they need. Will you give it to them?

But wait a minute – what is the gospel?

In talking to Christians I have discovered that many of them think that talking about God in general terms is witnessing. It may be fine to speak about God at any level but unless Jesus is preached, you cannot say you have shared the gospel. Paul writes,

There is no salvation apart from Jesus, the promised Savior of the world. Amazingly, the simpler your message, the more powerful; the more direct, the more effective.

Your own testimony is a power tool. Share what the Lord has done in your life. Share your love for Christ, your passion to introduce your friends to Him.

You may be like most Western Christians – they do not know Arabic and they have not studied the Quran. Does that mean God cannot use you to lead Muslims to Christ? On the contrary, as the Apostle Paul assured us, “My message and my preaching were not with wise and persuasive words, but with a demonstration of the Spirit’s power, so that your faith might not rest on men’s wisdom, but on God’s power.” (1 Co 2:4-5 NIV) And “God chose the foolish things of the world to shame the wise; God chose the weak things of the world to shame the strong.” (1 Co 1:27 NIV)

Does an architect need to know about medicine to design a building? Similarly you do not need to know about Islam to witness to Muslims. Of course I want you to learn as much as you can and the more you know about your friend and his way of thinking the more effective you are. This will come as you interact with your Muslim friends and learn from him or her.

Come one, come many. You can be part of the great thing God is doing among Muslims here and now.

This article was originally published on Biblical Missiology in 2013.