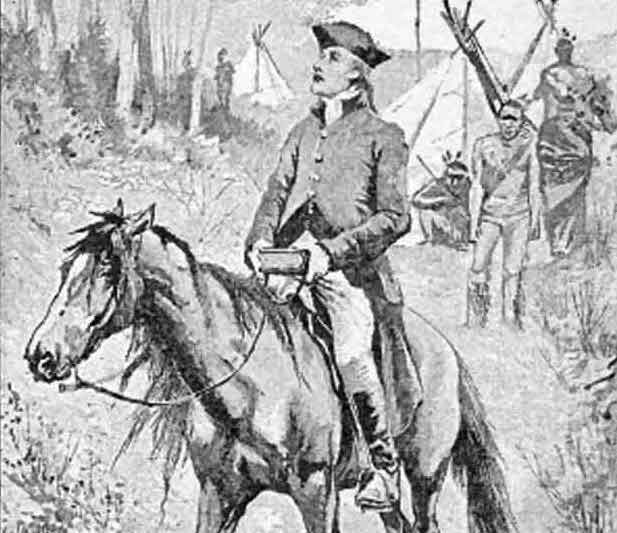 David Brainerd, a close associate of Jonathan Edwards, devoted his life to missions among the the North American Indian tribes before his early death at the age of 29. Edward’s compilation of Brainerd’s diary has served as the impetus behind some of the most influential missionaries of all time, including William Carey, Henry Martyn, and Jim Elliot 1 Below are just a sampling of some of Brainerd’s journal entries describing his own heart’s struggles in the midst of missions work.

“Of late my chief concern is for the conversion of the Heathen; and for that end I long to live. But blessed be God, I have less desire to live for any of the pleasures of the world, than ever I had: I long and love to be a pilgrim; and want grace to imitate the life, labors, and sufferings of St. Paul among the Heathen. And when I long for holiness now, it is chiefly, that thereby I may become an ‘able minister of the New Testament,’ especially to the Heathen. I spent two hours this morning in reading and prayer; and was in a watchful tender frame, afraid of every thing that might cool my affections, and draw away my heart from God.

“Towards night my burden respecting my work among the Indians began to increase much; and was aggravated by hearing sundry things that looked very discouraging, in particular, that they intended to meet together the next day for an idolatrous feast and dance. Then I began to be in anguish: I thought I must in conscience go and endeavor to break them up; and knew not how to attempt such a thing. However, I withdrew to prayer, hoping for strength from above. And in prayer I was exceedingly enlarged, and my soul was much drawn out. I pleaded with so much earnestness and importunity, that when I rose from my knees, I could scarcely walk straight, my joints were loosed, the sweat ran down my face and body, and nature seemed as if it would dissolve. I knew they were met together to worship devils, and not God, and this made me cry earnestly, that God would appear and help me in my attempts to break up this idolatrous meeting. My soul pleaded long; and I thought God would go with me to vindicate his own cause: and thus I spent the evening, praying incessantly that I might not be self-dependent, but have my whole dependence upon God. What I passed through was inexpressible. All things here below vanished; and there appeared to be nothing of any importance to me, but holiness of heart and life, and the conversion of the Heathen to God.

All my cares, fears, and desires, which might be said to be of a worldly nature disappeared: and were of little more importance, than a puff of wind. I exceedingly longed, that God would get to himself a name among the Heathen; and I appealed to him with the greatest freedom, that he knew I ‘preferred him above my chief joy.’ Indeed I had no notion of joy from this world; I cared not where or how I lived, or what hardships I went through, so that I could but gain souls to Christ.

“At the same time I saw so much of the excellency of Christ’s kingdom, and the infinite desirableness of its advancement in the world, that it swallowed up all my other thoughts, and made me willing to be a pilgrim or hermit in the wilderness to my dying moment, if I might thereby promote the blessed interest of the great Redeemer. And if ever my soul presented itself to God for his service, without any reserve of any kind, it did so now. The language of my thoughts (although I spake no words) now was, ‘Here I am, Lord, send me; send me to the ends of the earth; send me to the rough, the savage pagans of the wilderness; send me from all that is called comfort on earth! send me even to death itself, if it be but in thy service, and to promote thy kingdom.’

And at the same time I had as quick and lively a sense of the value of worldly comforts as ever I had; but saw them infinitely over-matched by the worth of Christ’s kingdom, and the propagation of this blessed Gospel. The quiet settlement, the certain place of abode, the tender friendship, which I thought I might be likely to enjoy, appeared as valuable to me, considered absolutely, and in themselves, as ever before; but considered comparatively, they appeared nothing; compared with an enlargement of Christ’s kingdom they vanished like the stars before the rising sun. And the comfortable accommodations of life appeared valuable and dear to me, yet I did surrender myself, soul and body, to the service of God, and promotion of Christ’s kingdom, though it should be in the loss of them all. I was constrained, and yet chose, to say, ‘Farewell friends and earthly comforts, the dearest of them all, if the Lord calls for it: adieu, adieu; I will spend my life, to my latest moments, in caves and dens of the earth, if the kingdom of Christ may thereby be advanced.’

You can read the entirety of Edward’s The Life of David Brainerd here.