I Knew You Before I Formed You: Isana’s Testimony 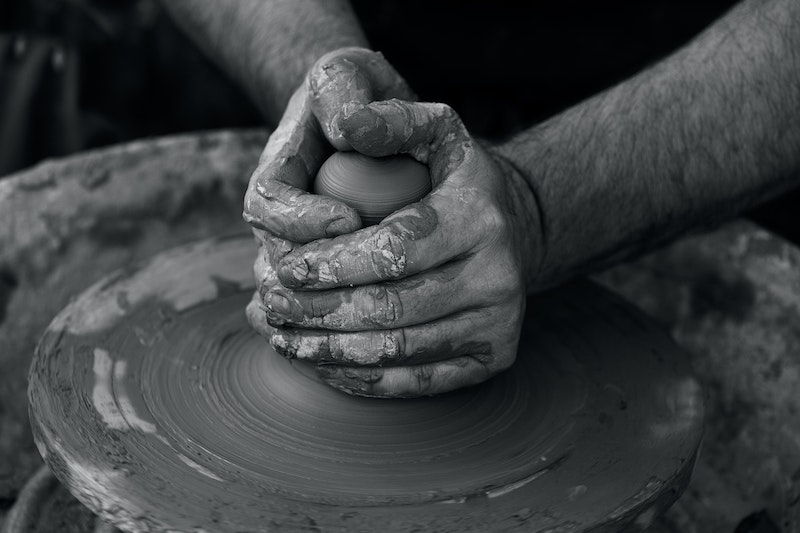 “Everything about Bible is good and very interesting, but it is not for me, as I am a Muslim!” I kept saying for many years.

My name is Isana and I am from Tajikistan, Central Asia. I was born during the Soviet times and grew up in a strong atheist family in Islamic culture. When I was a student, I started to feel a strong urge and hunger inside me. I began to question, “Where did I come from?” “Where am I going?” “What is the meaning of life?” My restlessness led to a journey of seeking the meaning of life and the existence of God.

As a Muslim I only knew about Islam. I found a female teacher who agreed to teach me about Islam on the condition that I start wearing Muslim dress. Being a student in university, I was not allowed to wear the Muslim dress. I was very disappointed that I would not be able to learn from her, but we agreed to start my classes about Islam during my summer vacation.

I find a most unusual book …

But God had His own plans. Before the summer vacation, I met missionaries without knowing anything about their faith. One day when I was in a missionary friend’s house, a small book on the table grabbed my attention, and I asked if could take a look at it. It was a small children’s story Bible in Tajik, and I could not stop reading it once I started. I didn’t understand anything, but somehow found myself very attracted to it. I began to ask many questions about the stories. My friend saw my hunger for reading this book and asked if I would be interested in joining a small house group on Sunday mornings to study her “Holy Book.” I felt very embarrassed that I knew nothing about this “Holy Book,” as I didn’t even know there was another Holy Book besides the Koran. But I was very eager to learn more about her faith, (just for educational purposes, I told myself), so I agreed to go to those Sunday house meetings. I was very surprised to hear them singing some nice songs (I had no idea it was worship), and for the first time I saw that people could pray in their own languages! Until then, I had only heard prayers made only in the Arabic language.

I got very excited about everything that I saw in home group, and the following Sunday, I invited my sister along. After that, every Sunday my sister and I would come just to hear the people worship and pray. Though we were fascinated by the worship gathering, I did not feel like we could participate because I was still a Muslim and strongly believed Christianity was not for me.

After some time of visiting this group, we had an incident at our apartment where my sister and I lived. One day, I locked her in the bathroom and left the house. She ended staying in there for about 5-6 hours. Being a teenager and claustrophobic, my sister got very restless and started to panic in the tiny bathroom when she discovered the door was locked. After struggling for several hours to open the door, she realized it was not possible. At that moment, she saw a bottle on the shelf with the handwritten text “Poison,” so she decided to drink it and end her life. Before drinking the liquid, a thought crossed her mind “Where will I go after I die?”

As a Muslim, you cannot know what will happen to you after you die. Since she had been going to the home group as me for a while had seen how the people prayed in Jesus’ name, she decided to pray (just in case) and then drink the liquid. She said her prayer and God touched her there in that moment. After that she was filled with an incredible peace and wept and wept.

“God, if you are real, help me get out of here.” she prayed.

She pushed the door one more time and the lock was broken! I came back home later that evening and as soon as I saw my sister, I knew something had happened she looked so calm and peaceful. We simply looked at each other, not knowing what had happened. I told her, “If you have prayed in Jesus’ name, you have become a Christian!” My sister met the Living God in a very special way and after that, she started to pray for me.

Wandering in the Wilderness

My journey of seeking continued as I continued to read this unusual book and attending the home group every Sunday. I started to invite different people every week to church as I felt it was good for them, but not for me. I kept collecting more books (mostly from garage sales from missionary friends, as there were no Christian bookstores in my country) and kept reading to try to find answers to my questions. I read a lot about Islam, analyzing it and comparing key issues like sin, forgiveness, salvation, and death with what the Bible taught. Many friends were praying for me while I studied to compare and contrast Islam and Christianity. It took me nine years of actively seeking, studying, questioning, reasoning, and trying to find the truth. God kept changing me throughout this process of seeking.

Then, after nine years of seeking and attending church weekly, I got very tired of figuring it all out with my limited mind and came to the point where I had to make a decision about being in or out of this journey. By that time my parents had come to faith, and I was surrounded by many believing friends praying for me. My home library had only Christian books and going to Sunday service had become a main part of my life. My conversion was a more gradual process. I had to make a decision, and I realized that I had nowhere else go, no other place which to turn back. I thought to myself, ‘the only thing I need to do to finish this journey is to accept Jesus as my Savior.’ That was exactly what I finally did! In 2004 gave my life to Jesus and got baptized in the next day in a small church in Sweden (I was there visiting my missionary friends). Little did I know, that was only the beginning of a very adventurous life journey with Jesus that will last until I leave this earth and go to be with Him!

My life as a follower of Jesus

I have truly found what I have been seeking for for many years, and my life has a purpose now. It has been truly an amazing journey since I met the Lord personally. He has changed me a lot and continues to work in and through me daily.

Your whole life has a meaning and purpose only when you are connected with Living God, the Creator of life. All glory and praise be to His most precious name!