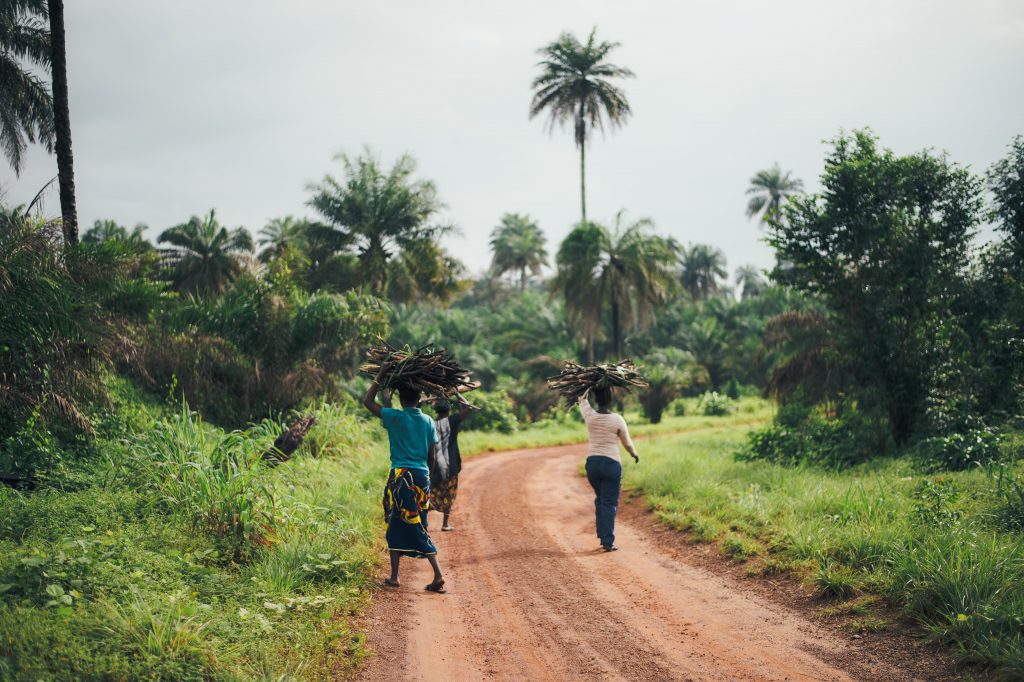 It is clear that the Scriptures offer clear help in our contextualizing task. If the Bible is a mere “case-book” or example of what God could do in other cultures outside Israel and the Greek world, we are at a loss. The Bible is the underpinning for all we do as Christians, so strongly reinforced down through the ages in faith statements. Hebrews 2:1-2 says we must hold strongly to the truth. 2 Thessalonians 2:15 and 2 Timothy 3:14 are examples of the strength of the normativity of the Bible in all cultures. Jesus Himself said to go to all the nations, teaching them to obey all he had taught and that until the end of the age. This means preaching and teaching—discipling by baptizing and helping people come into a relationship of follower of Jesus Christ in all he signified and taught.

We contextualize something, not just a vague process, but an attempt to carry on with the age-old and divine objective of living and announcing God’s glory and love in a concrete message of salvation from our sinful natures and actions in a way that will be repeated again and again. The saving message will continue ringing down the ages in different melodies sung by choirs clothed in colorful and varied robes, some flowing and full and some very abbreviated.

In a very cogent summary of contextualization, Dean Flemming writes:

[Contextualization is] the dynamic and comprehensive process by which the gospel is incarnated within a concrete historical or cultural situation. This happens in such a way that the gospel both comes to authentic expression in the local context and at the same time prophetically transforms the context. Contextualization seeks to enable the people of God to live out the gospel in obedience to Christ within their own cultures and circumstances. 1

The church’s theological task that Acts portrays is far from simple. It is clearly a process in which the whole array of elements come into play: the leading of the Spirit, the witness of Scripture and the words of Jesus, the audience-sensitive proclamation of the word, the church’s experience of God and the stories that testify to what God is doing, the corporate insight of the community and its leadership, respect for traditional ways and a willingness to compromise on non-essentials for the sake of Christian unity, and a firm commitment to the truth of the gospel. The result is a church that allows diversity in theological understanding and mission praxis yet is united in its enriched understanding of the gospel of Christ and in its commitment to a boundary-free mission. Acts invites us to inscribe ourselves into these paradigmatic stories. It bids us learn from the journey they describe. There are still barriers that must be hurdled – sociocultural, theological, linguistic, generational – as we attempt to articulate and embody the gospel within our various cultures and circumstances today. Yet we can draw hope from the knowledge that the same God who discloses himself in unexpected ways to Philip, Peter, James, and the Jerusalem church encounters us, as well, in the midst of our diverse contexts. Luke’s narrative of God’s plan to bring salvation to the world through the church’s witness to the gospel is an unfinished story, one that is still being lived out in London and Lagos and Lima and a myriad of other concrete settings that extend “to the ends of the earth” 2

The New Testament ends with Revelation, just as important for our understanding of contextualization as the rest of the Bible. Flemming writes that in spite of being similar to the “apocalyptic” writing common at the time, John presents several important differences. His is a letter, open for all to read, written under his own name and given as a divinely inspired prophecy, not just a story with hidden allusions to reality. “. . . the mysterious images of Revelation cannot be viewed as a secret code that was unintelligible to John’s contemporaries but waits to be ‘cracked’ by Christian readers at some later point.” 3 Revelation instead gives the readers a new vantage point from which to comprehend their situations and the future. John creates “a new symbolic world for his readers, one that opposes the Roman imperial worldview that dominated their horizon.” 4

These symbols were taken from the Old Testament and Judaism as well as the Greco-Roman world and were as familiar to the readers as are present-day political cartoons fully understood by the people whose history and experience they reflect. John’s objective is to help the sometimes suffering and often compromising Christians remain faithful in resisting noxious cultural traits in their contexts and in worshipping an almighty, all-knowing and glorious God.

Jesus, the sacrificial Lamb, His death, resurrection and exaltation, is the focus of Revelation, just as it was in Acts, Paul’s letters and the Gospels. Through this Lamb people from all nations are redeemed. Flemming explains the counter cultural nature of this message:

With this penetrating symbol of the slain Lamb, Revelation completely transforms the Jewish notion of what the Messiah of David would be like. (…) This Lamb also turns Rome’s notions of power and militaristic conquest on their head. The very One who was crucified at the hands of brute Roman might vanquishes all of God’s enemies by submitting to death. A more countercultural perspective within the world of John’s readers could hardly be imagined 5

Along with this, Revelation does not promise safety or prosperity to the Christians. As Jesus suffered, so will they, many unto death. They are not to try to escape death, but remain faithful in spite of consequences. For John, this is “conquering” – “they have conquered him [Satan] by the blood of the Lamb and by the word of their testimony, for they did not cling to life even in the face of death” (Rev 12:11). John leaves no room for using cultural accommodation in order to escape suffering. Instead he says, “But revelation also gives its readers the confidence that the saints’ faithful testimony even to the point of death will have the magnetic effect of drawing people from the world’s nations to worship the one true God (Rev. 11:3-13; 15:1-4; cf. 5:9; 7:9; 14:6; 21:3, 24, 26). Courageous witness is a powerful instrument of mission” 6

The Christians in John’s day lived in an Empire which was rich, corrupt, evil, murderous, adulterous, demonic, filled with abominations, idolatrous and destined for final ruin and destruction, the direct opposite of common thought at the time. He takes popular concepts about Rome and reverses them. “With Rome fixed in his crosshairs, John rehearses the language and ideals of the Empire in order to subvert them. His readers must decide which ‘gospel’ to believe; the gospel of Caesar of the gospel of Christ?” 7. Much of Rome’s values had already infiltrated the seven churches, resulting in God’s warning of judgment and call to repentance.

The answer is to leave the evil city and adhere in faith to another city, the New Jerusalem (using language peppered with emotional and historic meaning in comparing Jerusalem to “Babylon,” “Sodom,” “Tyre”), a holy city, filled with God’s glory and subsequent joy, peace and relief from oppression. It is the direct opposite of every description of Rome, “. . . a city worth living for, and, if need be, worth dying for” 8

The cultural implications of changing cities were drastic ones. For the Christians of that day, “allegiance to Christ would have required distancing themselves in part from the normal public life of their cities, with its unavoidable ties to idolatry” 9. The Christians had to decide. “By offering its readers an alternate view of what is true and real – a vision of God’s new world—Revelation at the same time summons God’s people to live counter culturally. Resisting captivity to fallen Babylon means that they must sacrificially challenge the cultural ideologies that dominate their world” 10.

Revelation calls for “radical contextualization,” but not the kind that stretches cultural acceptance beyond Biblical limits. It “gives us the most consistently countercultural theological perspective of any of the New Testament writings we have examined in this study” 11 It “magnifies the boundaries between the church and the world to the tenth power” 12

How can we reconcile this most radical stance against culture to the earlier more muted calls to honor and submit to government powers? Flemming compares Romans 13 and Revelation 13 to show the contrast between the two. He explains the differences based on the different contexts. Romans assumes “a kind of best-case scenario of Roman authorities who will execute justice and fulfill their God-established role in a generally responsible way, even to the point of commending the church for doing good (Rom. 13:3). This stands oceans apart from the situation envisioned by Revelation, in which obedience to Christ will inevitably set Christians on a collision course with a self-deifying power” 13

Flemming applies his findings for us today by calling us to

May the Lord give us grace and courage to disciple the nations based on God’s Word.