Muslim Follower of Jesus, is this possible? 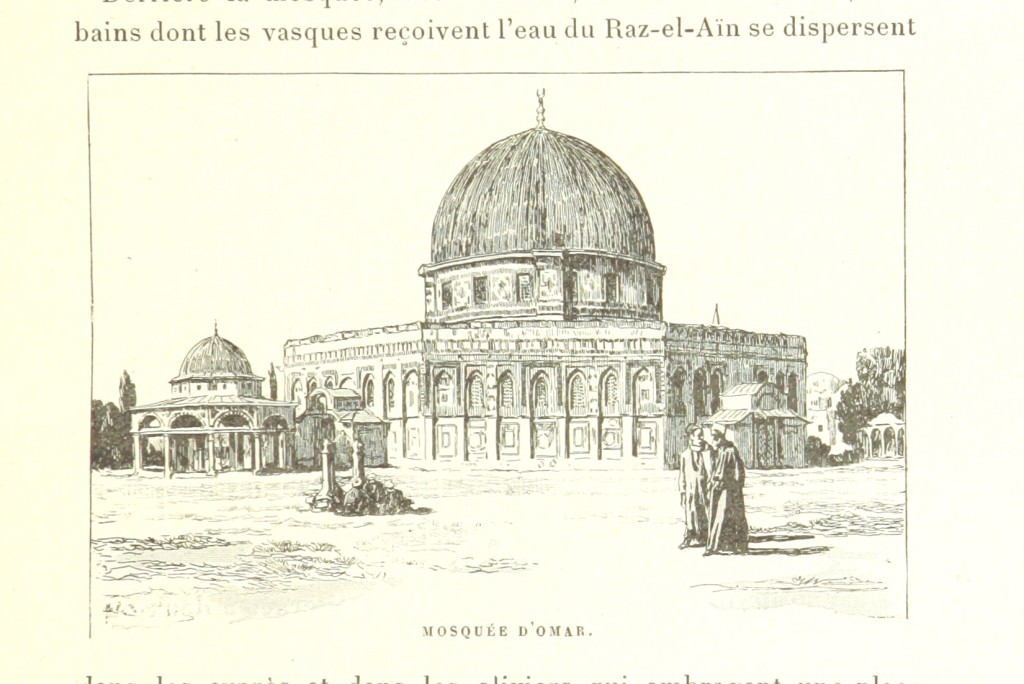 In the last twenty years or so, the phrase “Muslim follower of Jesus” has been used to identify those who allegedly accept Christ in their hearts, acknowledge him in their mind, yet still retain their Muslim identity. My big question is: “Can you call yourself a follower of Christ, and by the same breath deny that you are a Christian?”

John Travis (pseudonym), mastermind of the C1-C6 spectrum would say an emphatic “yes.” In an article under the title  “Messianic Muslim Followers of Isa.” Travis (a pseudonym) writes: …

“Messianic Muslims,” follow Christ but remain within the Muslim community….Yet they do not view or call themselves “Christians.” (1)

These are called by Travis, C5 believers. Here is how he defines this group:

Joshua Massey (pseudonym) elaborates further on what C5 Muslims look like. He writes,

“C5 Muslims … don’t have to bother with religio-cultural gymnastics. They know they are Muslims, and they know they have been transformed by the Spirit of God.” (3)

Travis and others argue that the name ‘Christian’ carries bad connotations and therefore must not be used. Strangely, Muslim identity with all the negative connotations it carries is preferred over the Christian Identity.

What does it mean to be a follower of Jesus?

The phrase “Follower of Jesus” is biblical. The Disciples of Christ are those who responded to his call to follow him and they became  known as “followers of Christ.” Since this phrase is borrowed from the gospels it behooves us to look into the meaning of this phrase according to Jesus and how the disciples understood it to mean.

“Good teacher, what must I do to inherit eternal life?”

After some dialog and how the rich man had followed the law to the letter, Jesus shocked him with these words:

“You still lack one thing. Sell everything you have and give to the poor, and you will have treasure in heaven. Then come, follow me.”

The man was wealthy Luke says, so he went away sad. Jesus then turns to the disciples and says:

The disciples and others in the audience were astonished by this serious judgment from their master.  It is evident from the question they asked their master that they understood that salvation is impossible without totally abandoning everything to follow Christ.

“Who then can be saved?”, they asked.

Following Jesus is not about a social identity, joining a club, a cult or the “way.” It is about salvation. And this is not humanly possible. Jesus asserted:

Jesus is saying to his disciples about the rich man that to be a follower of Jesus means to leave everything behind. Obeying the law to the extent this rich young man did was not the path of salvation. To inherit eternal life is to lose earthly life and build the treasure in heaven. You cannot have your cake and eat it at the same time. The rich young ruler wanted eternal life in addition to his earthly wealth. Jesus told him “impossible.”

When Peter witnessed this dynamic between Jesus and the ruler, he affirmed to Jesus: “We have left all we had to follow you!”

These words by Peter explain what actually happened when Jesus first called his disciples. (Matthew 4:20)

Then Jesus said to his disciples, “If anyone would come after me, he must deny himself and take up his cross and follow me.  (Matthew 16:24)

He said to another man,

The contrary is seen in the Mark 10: 17-31 passage we find Jesus not accepting the excuse of caring for our parents and even saying good-bye to our families. This is quite harsh. But this is what Jesus told us following him means. He clearly assures his disciples:

“I tell you the truth,” Jesus replied, “no one who has left home or brothers or sisters or mother or father or children or fields for me and the gospel will fail to receive a hundred times as much in this present age (homes, brothers, sisters, mothers, children and fields — and with them, persecutions) and in the age to come, eternal life” (Mark 10:29-30).

The gospels record for us what Jesus meant when he called the disciples to follow him.

“If anyone comes to me and does not hate his father and mother, his wife and children, his brothers and sisters – yes, even his own life – he cannot be my disciple” (Luke 14:26).

These verses alone are enough to convince us that following Christ includes leaving everything for his sake. Everyone invited to follow Christ needs to be told about the cost that is part and parcel of the call to follow him. Following Christ is not a meaningless action. You cannot follow Christ in your heart and openly dissociate yourself from him.

I am aware that at least in India and the Middle East, Muslims who come to Christ, are asked if they would be ready to give up everything for Christ. They need to count the cost early on. They must be able to withstand the hardships they will most assuredly face down the road. If they are fearful or hesitant, I encourage them to wait until they are ready. Of course I do not leave them alone at this stage. I work with them and study the word with them and explain the cost of following Christ. The results are usually much better than just extracting a sinner’s prayer from them without an understanding of the cost. Those who come to Christ knowing the cost are usually more passionate and understanding of the spiritual battle. They make a choice between the world and God’s kingdom, between their lives in the flesh and their lives in Christ. Jesus pointed this out to his disciples: “For whoever wants to save his life will lose it, but whoever loses his life for me will save it” (Luke 9:24).

“Follower of Jesus” is not an identity

The way proponents of the Insider Movement use the phrase “follower of Isa” has no resemblance to the teachings and model of Jesus. The phrase is used as a title or identity to replace “Christianity” or “Islam.” The intent is to allow Muslims to be followers of Isa within the Islamic identity. Thus the Insider Missionary is more ready to throw out the Christian identity than the Muslim one, therefore elevating Islam above Christianity.

Jesus did not ask his disciples to be “Followers” but to follow him. Following him means to follow in his steps, to emulate his lifestyle, to lose everything in order to win Christ.

It is sad that the beautiful words describing the disciples has lost its original New Testament meaning. It is a romanticized phrase that, the way it is being used, has become meaningless.

I am sure some will bring up all sorts of arguments about what “leaving” means. But a sincere reader of the gospels will only conclude that following Jesus means openly identifying with Christ and forsaking the old life. Nothing, no family, no society, no culture can separate us from Christ. To follow Christ means to leave everything else, even life itself.

Christ and Christianity are inseparable:

I have talked to a number of those who promote the idea that you can be a follower of Jesus without being a Christian. They seem to think that they have discovered the secret of dispelling Muslim misperceptions about Christianity. I have found that arguing with them even for hours would yield nothing but frustration on both sides. While they are intent on preserving the Muslim identity for “the followers of Isa,” they are eager to wipe out the Christian identity.

I am afraid this is naive. The truth is that as soon as you mention Christ in context of the Bible, you are tagged as a Christian whether you like it or not. There is nothing you can do about that perception.  If you continue to insist like so many are doing, that you are not a Christian but that you are a “follower of Jesus,” you will end up confusing people who have not heard of this new cult. We must accept the fact that Christ and Christianity are tied together and are inseparable. Certainly there are misperceptions about what Christianity is, but I find it useful to redefine Christianity. Muslims understand that within Islam there are those who are nominal, others are fanatic and yet others are moderate. It is typical for Muslims to accuse other Muslims of not being Muslim. Why can’t we just admit the truth that Christians come in all sorts of shapes and colors.  We need to instruct the new converts that a true Christian is one who follows Christ. A true follower of Christ is a true Christian.

The reality is many of the converts who meet Christ are confused by why Christians are so ready to throw out the baby with the bath water.

The answer to the question in the beginning of this article is this: No you cannot claim to be a follower of Christ and deny being a Christian. This would be dishonest, confusing and not true. To follow Christ is to be a Christian, a true biblical Christian.

2 Here is the full description of this group: “C5 believers identify themselves as “Muslim followers of Jesus”– much like Messianic Jews, who call themselves “Jewish followers of Jesus.” Islamic theology incompatible with the Bible is rejected. Some C5 believers remain in the Muslim community for as long as they can to “win Muslims as a Muslim” (1 Corinthians 9:19-23). In time, however, their deviance from mainstream Islamic theology may lead to their banishment from the Muslim community. But where whole communities of Muslims begin to follow Jesus, the local mosque may be transformed into a messianic mosque for Jesus. Other C5 believers desire to distance themselves from the mosque and Islam, still preferring to maintain their identity as a Muslim follower of Jesus. In contrast to C4, Muslims view C5 believers as Muslim, though perhaps a “strange kind of Muslim.” Most Muslims have not met Muslims who follow Jesus, so the curiosity that results from their identification often opens doors to share their faith in Christ.”

3 Joshua Massey, Misunderstanding C5: His Ways are not Our Orthodoxy. Why C5 has been so misunderstood by its critics. EMQ July 2004. Page 8