Jesus, The Eternal Son of God 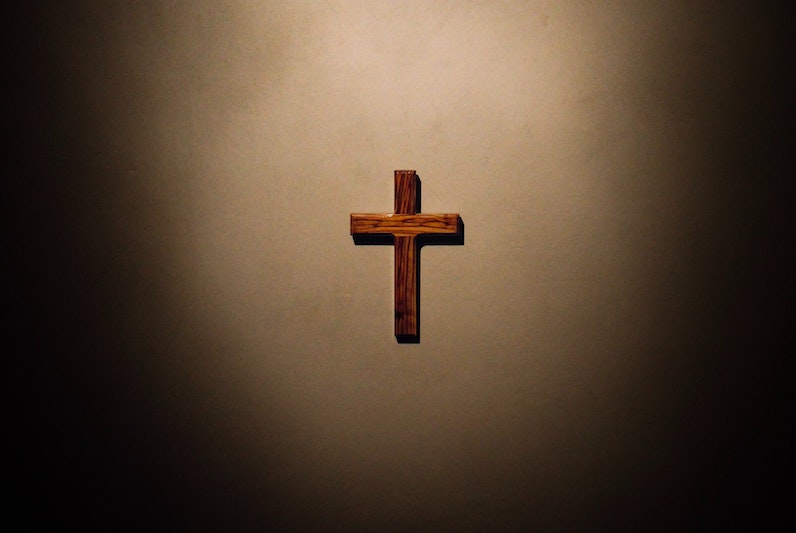 Note: At a 2011 conference that brought together advocates and critics of Insider Movements, participants discussed the issue of Muslim Idiom Translations (MIT) in which Bible translations use other terms for “Father,” “Son,” and “Son of God.” To frame the discussion, a translation consultant and leading proponent of MITs offered his rationale in support. Scott Seaton, a pastor in the Presbyterian Church in America (PCA) who oversaw that denomination’s ministry to Muslims and led the effort for the PCA to declare such translations as “unfaithful to God’s Word,” was invited to summarize the arguments against. The following is his presentation.

Thank you for letting me share my concerns over Muslim Idiom Translations. In considering this important issue, I will let Scripture organize my thoughts, working from 1 John 4:14: “We have seen and testify that the Father has sent his Son to be the Savior of the world.”

1. First, let us consider the phrase, We have seen and testify.

I was talking with someone from a Bible translation agency about this issue, and they said, “the starting point in translation is what is understood by the [receptor] audience.”

I said, “No. The starting point in translation is what was said.”

If you want to name the broader divide between our positions on these translations, I submit that exchange captured it. This entire debate can be framed this way: Is this translation issue primarily a sociological question, i.e. what do people understand when they hear the phrase “Son of God?” Or is this primarily a theological issue, i.e. what did God say about himself?

Most, if not all, of the justifications that I hear for removing or revising “Son of God” are sociological: what did Jewish and Greek culture understand by the phrase “Son of God”? What do modern Arabs, Bengalis, Malaysians, Ethiopians, etc. understand by that phrase? Those are important questions, and I am sympathetic to the very real challenges of translating “Father” and “Son” in Muslim contexts. But they are secondary. The primary issue is theological: What did God really say? That question is essential.

When the Apostle John said, “we have seen and testify,” he was saying he was faithfully reporting what actually happened, what was actually said–and not what he thought his audience might or might not comprehend. He was not interpreting; he was testifying. Similarly, a translator’s first job is to “testify” to what God actually said.

2. Second, let us look at That the Father has sent his Son

Some might say, “But if you translate everything literally, you will actually mis-communicate. To Muslims, the word ‘Son’ connotes God had sex with Mary, and so we must find another term, as it communicates something untrue about God.” That might be a fair point if the terms “Son” and “Father” were simply metaphors, i.e. God’s way of accommodating, or stooping, in speaking to us. So for example, in a tropical culture that has never known snow and has no word for it in their language, it would be reasonable to translate Isaiah 1:18 as “your sins shall be as white as coconut milk.” Snow is a metaphor for purity; coconut milk coveys that metaphor. Nothing essential is lost in translation.

But the language of Father, Son and Spirit are of a different type altogether. “Father” and “Son” are not merely metaphors to describe God as a loving parent to us, or Jesus serving in a childlike relationship on earth to please his Father. Instead, Father, Son and Spirit are ontological terms, testifying to who God is in himself, eternally, apart from and before creation. God exists eternally as Father, Son, and Spirit. Thus, it is unbiblical to assert that the second person of the Trinity is eternal, yet became a “Son” at his incarnation, baptism, or resurrection. Not so! Jesus is eternally the Son of God.

When God the Spirit through the Apostle John says, “the Father has sent his Son” here in 1 John 4:14, or in John 3:16, he meant what he said: The Father, as Father, sent his Son, as Son. To do that, the Father had to exist as Father, and the Son had to exist as Son, before the gift was sent. That is the ontological consideration. But there is more.

Theologian John Murray in Jesus, the Son of God, said, “The argument for the eternal Fatherhood and eternal Sonship must be extended one further step. There is what may be called the theological consideration. The doctrine of the Trinity is concerned with the differentiation within the Godhead that is necessary, intrinsic, and eternal. If there is Trinity there must be the distinction of persons and therefore the distinguishing property of each person, a property that is incommunicable.” “Incommunicable” means there is something intrinsic and unique about God as Father that makes him distinct from God the Son or God the Spirit. In other words, these distinctions of God eternally as Father, Son and Spirit are what “makes,” so to speak, the Trinity–apart from Creation or Redemption. Take away God as Father or Son, and you have no Trinity.

This is not simply my interpretation. That Jesus is eternally the Son of God has been the consistent witness of the Church for 2,000 years. When the Church dealt with major controversies, they assembled their best biblical and theological minds in councils and assemblies to work through them, precisely and deliberately, from the Scriptures. The creeds and confessions are careful expressions of what the Church understood God was declaring to us in the Bible. Their conclusion is that the Scriptures emphatically declare Jesus as the eternal Son:

It would take volumes to include the comments of theologians throughout the entire witness of the Church who have testified to the same: God eternally exists as Father, Son and Spirit.

You cannot change that. Not because the councils said so, but because God the Spirit did. To change familial language in God’s Word, especially so as to avoid offense or remove a stumbling block, is to say God the Spirit said something he did not. God can do many things, but one thing he cannot do is deny himself (2 Tim 2:13).

3.  Third, let us consider the phrase, To be the Savior of the world

Why is this issue so important? Because God the Father sent his Son “to be the Savior of the world.” Jesus can be Savior precisely because–and only because–he is the Son.

In other words, Jesus being the eternal Son of God defines the person and work of Jesus. Removing familial language compromises virtually every essential doctrine, including:

But it is. The words of the text, not the footnotes, is considered God’s Word. And in that, God himself has said, “All Scripture is breathed out by God and profitable for teaching, for reproof, for correction, and for training in righteousness, that the man of God may be competent, equipped for every good work.” (2 Tim 3:16-17)

As a pastor, I want the people I serve to be competent, to be equipped, and so:

Do not remove “Son of God” from the text. Why not? John offers another reason:

We all want Muslims to abide in God. Let God speak for himself. And let us all affirm that “we have seen and testify that the Father has sent his Son to be the Savior of the world.”

Scott Seaton is the pastor of Emmanuel Presbyterian Church (PCA). Prior to his current ministry, Scott served as a PCA missionary, a church missions pastor and the director of the PCA's international ministry to Muslims. He also is the lead author of "A Call To Faithful Witness," the PCA's 2011 overture related to Muslim Idiom Translations.