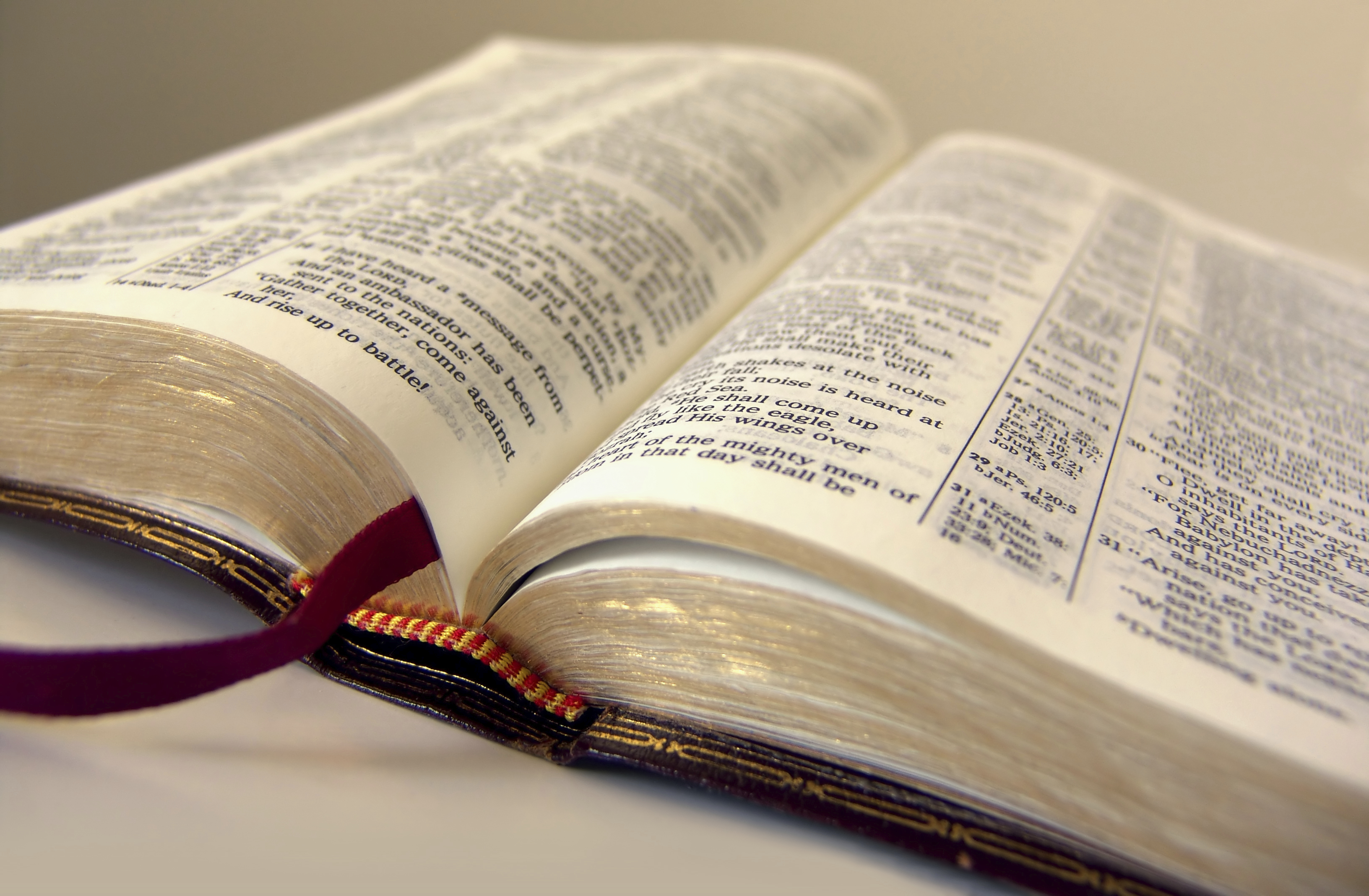 I remember saying to my kids in response to their “Why?” questions, “Because. Just because.” End of story. End of discussion. “Because” is not a satisfactory answer for anyone. When it comes to answering the question, “Why does Biblical Missiology do what we do?” a terse “Because it’s biblical” is not satisfactory either. Why? Well, because (just kidding).

A current trend in missions is the publication of best practices. These are generally tried-and-true methods that missionaries have thought through, practiced, studied, and then written about. Since it’s a good idea not to recreate the wheel, the development of best practices is supposed to push the missions endeavor forward by offering up the most successful methods and approaches.

Similar to best practices is the standard of practices. These practices are born out of a set of values and beliefs, reflecting the practitioners’ worldview. Now by standard is meant a benchmark, a criterion, or a measure. We don’t use standard to mean average, or good enough as in “I have a car that is a standard model, not the luxury.” We use standard to mean something to strive toward and a criterion directly related to scriptural statements. Just as the OED is the standard in the English-speaking world of dictionaries, so we are striving for a biblical standard–a methodology securely anchored to the Bible–in missions work. The Bible is the standard for faith and practice.

On the one hand, we do not mean to impose these standards on anyone. No one signed a form committing themselves to these criteria, rather we have come to these conclusions through consensus. They are evolving and developing rather than static and imposed. These standards of practice are conclusions based upon our common love for God, his Word, his church, his mission, and each other. On the other hand, we know these standards will divide. That is the nature of biblical truth. So, the aim of this brief essay is to let you know why Biblical Missiology has produced a paper we are simply calling Statement of Practice, how it came about, and where we hope such standards will take us.

There are missionaries whose standard of practice is less theologically oriented than it is practical; less directed by God than encouraged by results. We believe many of these practices are an insult to God’s mission. Our humble goal is to remind the church that missions does not belong to us, but to God. Discipling the nations is our joyful task, but it must be directed by the Holy Spirit. Since there are missionaries promoting insider movements (IM) among Muslims, Buddhists, and Hindus, why can’t there be insider movements among Mormons, Jehovah Witnesses, and Scientologists?[1] Our Statement of Practice is a simple document that touches on the many areas in which these missionaries are in error.

When missionaries promoting the insider paradigm are asked about their work, it’s not uncommon for them to simply refer to an Evangelical Statement of Faith, thus proving their work is worthwhile. But there may be dissonance, a disconnect, a gap–some would argue for a chasm–between one’s Statement of Faith and one’s Statement of Practice. Our Christian faith is what we believe; it’s about who we trust in; it concerns our worldview. Our Christian practice is what we do based on what we believe.

Let me give an example of how this works. A prominent proponent of IM, Kevin Higgins, has an orthodox view of the gospel message in a pluralistic world: “We need to hold firmly to a Biblical understanding of ‘conversion’ as the reorientation of the heart and mind (e.g. Rom 12:1ff.), rather than as an institutional transfer of religious affiliation.”[2] Higgins rightly cites Scripture and offers an orthodox understanding of the exclusive gospel message. So what’s the big deal?

How then does a church make the determination that Higgins is practicing biblical principles? It is certainly not by reading his statement of faith, but by examining his practice. Higgins believes “the Bible describes ways in which God is at work in other religions, and suggests in at least some cases that members of other religions are in relationship with God Himself.”[3] Higgins understands God to be at work in Islam; that means some Muslims are Christians–and I suppose by extension, there may be Christian Scientologists, Christian shamans, or even Christian Satanists. Higgins’ practice is not reflected in his statement of faith (salvation is exclusivistic); it is reflected in his discipling of new converts from Islam, encouraging them to remain in their previous religion. After all, if God is at work in other religions, there is no need to leave that religion.[4] Just such a disconnect between faith and practice has motivated Biblical Missiology to produce the Statement of Practice.

We understand that simply publishing the document will not make the IM disappear; however, our goal is to not perform magic, but to bring clarity. Standards dispel the ambiguity that fogs the minds of some, who, when the controversy over IM is first discovered, say, “What’s the big deal?” Our Statement of Practice simply provides biblical rationale for biblical standards–something we believe is missing within the framework of insider movements. Scripture clearly commands the practice of discipling the nations, even helping us understand what we can and cannot do. It is our firm conviction the church will benefit from such a document as it begins to measure the practices of the IM and MIT to the teachings of the Word.

The document is not the work of one person, but the ongoing work of the leadership team of Biblical Missiology. It has been pored over by many eyes through the past months. We invited non-Biblical Missiology folks to review it in order to assure the clarity and relevance of the standards. Those who contributed to the document are willing to have their names associated with it for the sake of transparency.[5]

Perhaps the most important “how” to discuss is the association of Scripture with the standards we propose. Our practices do not emerge from a fertile imagination, but from the Word of God. If it is true that ideas have consequences, then the ideas that motivate our missions strategies affect our practices. For example, if one believes the religion of Islam presents some interesting bridges that may lead a sincere Muslim to an authentic saving belief in the biblical Jesus, there are obvious practices that might support this belief. The missionary might be tempted to call Muhammad a prophet or to say, “At least Muhammad acted prophetically.” Or even more sinister, since Islam has these bridges or spiritual characteristics in common with biblical Christianity, the missionary may encourage the new Christian to remain in Islam. Some argue Islam is really more of a religio-socio-cultural phenomenon than a religion. Yes, all these practices spawn from the notion that Islam has some interesting bridges.

But what if one believes Islam teaches a person is cursed for believing Jesus is the Son of God?[6] What if one understands Islam is not merely a religio-socio-cultural phenomenon? What if Islam has a spiritual dimension of which many Westerners are unaware? If one knows the essence of Islam is the spirit of anti-Christ (1 John 2:22-23), why would a missionary encourage new converts to have anything to do with it?

Don’t be fooled by the glowing reports of tens of thousands, even hundreds of thousands of Muslims, Buddhists, or Hindus coming to Christ without digging deep into the assumptions and presuppositions of the missionaries who are reporting these events.[7] How one uses the Scriptures to support one’s practices is a key to all of this.[8]

Our main concern is to clear the confusion that exists in the minds of some church leadership, missions committees, and missions agencies of what to think about IM. There is already plentiful material available that rightfully critiques IM,[9] but now with the publication of the Statement of Practice, the problems of IM are set against the backdrop of biblical practices. Bad ideas lead to bad practices. We link Scripture to good practices; practices that please God because they are founded upon his Word rather than social sciences, pragmatism, or very wrongly understood and misapplied Scriptures.

Another desire we have is to see missionaries, missions agencies, and movements accountable to the church. For too long the church has seconded the work of missions to the experts. Well, some experts have led us astray on IM. It seems right for the church at large to begin educating herself as to what are the biblical and anti-biblical strategies being practiced today. Accountability is a two-way street. It doesn’t just mean missionaries report to their supporting churches. It also means the church is responsible to know what their missionaries and missions agencies are doing as much as it means the missionaries and agencies must be transparent and responsible to the churches who support them. The church has the power in this relationship. The church controls the purse strings; the church decides whether or not to support a given missionary or agency, but for too long the church has simply deferred her rightful position as the body of Christ to an appendage of her body, the missions agencies. This has to stop. We believe our Statement of Practice can help the church act responsibly.

Finally, the topics covered in the statement have not been exhausted. The document is only a beginning; the work to keep missions practices and strategies committed and connected to Scripture is ongoing. We have merely started the conversation rather than given the final “Amen.” Our prayer is to see the church continue her work of seeing Muslims, Buddhists, Hindus–every tribe and nation–come to know Jesus as Lord and Redeemer.

[1] We are also concerned with missionaries and agencies translating the Scriptures for Muslims in which the terms Father and Son have been substituted with non-familial terms–viz., Guardian, Lord, messiah, or beloved one. These are Muslim idiom translations (MIT).

[4] I trust you are scratching your head in confusion. On one hand Higgins believes salvation is only in Christ, and on the other, God is at work in other religions? Doesn’t the argument commit suicide?

[7] For example, I had an email conversation with the contributor of the The Surge: Churches Catching the Wave of Christ’s Love for the Nations, Todd Hilliard. In the book the claim is made that hundreds of thousands have come to Christ. When I asked Todd where he obtained these figures, he cited Nathan D’Jiim. When I pressed Todd to discover how Nathan had come to these figures, all he could say was that he trusted Nathan, therefore he trusted the figures. This is exactly the kind of examination of assumptions that should not take place. It is superficial and does a great disservice to the missions effort (see my very brief review of the book on Amazon).

[8] To see how some proponents of IM use the Bible to support their understandings of what is happening on the mission field, see Jeff Morton’s Insider Movements: Biblically Incredible or Incredibly Brilliant? (Wipf & Stock, 2012).

[9] See Georges Houssney, Engaging Islam (Treeline Publishing, 2010) for how to disciple new converts from Islam; Josh Lingel, Jeff Morton, Bill Nikides (eds.), Chrislam: How Missionaries are Promoting an Islamized Gospel (i2 Ministries, 2011) for a comprehensive critique of IM; also see the many articles by Basil Grafas, Bill Nikides, and John Span on IM at www.stfrancismagazine.info/ja/.