Is Less More? A response to the “Four Horsemen of Trendy Missions” 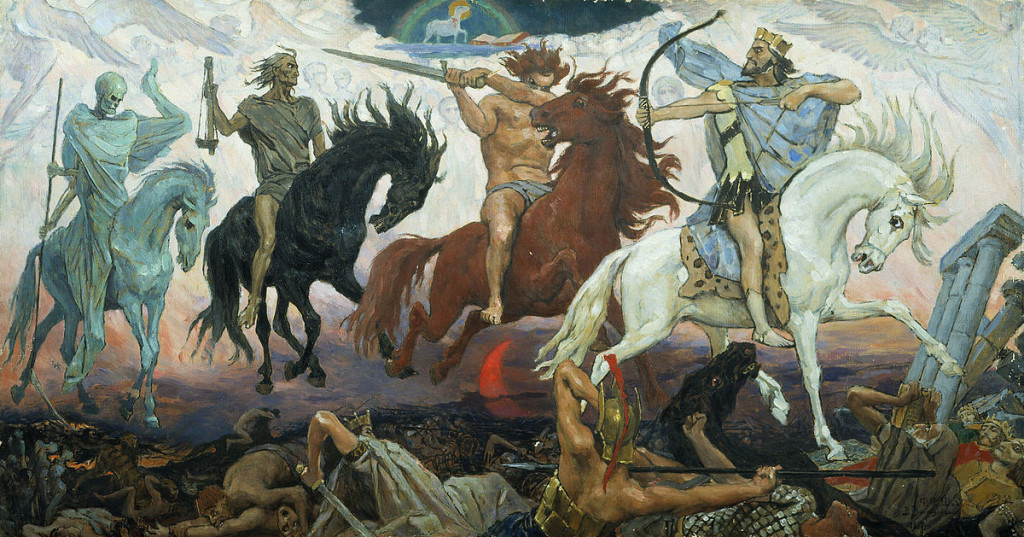 “…and they all continued in the apostles’ teaching…” or did they?

Four men writing over the course of 49 years: all with wide spheres of influence, especially by means of their writings; all claiming to be “orthodox” when it comes to their theology—but all being somewhat “venturesome” as their “father”/”grandfather”/”more or less distant relative” Charles Kraft who said “I attempt to be orthodox with respect to the truth, but venturesome in its application” 1 and all demonstrating a common thread in their writings that the contents of the Christian faith are not nearly as important as some kind of earnestness—however that is defined—with respect to a relationship with God. In a word, they say, “Less is more.” The names of the four men are Charles Kraft who taught at Fuller Seminary, Clark Pinnock who taught at Trinity Evangelical School and later at McMaster University, Rick Brown who is on staff with SIL England, and Carl Medearis who recently wrote “Speaking of Jesus: the art of non-evangelism.” We will examine a sampling in their own words of these common themes.

“ I believe, I am just as committed to biblical theology as any evangelical …. I do, however, find that my position also allows the incorporation of some important characteristics of certain liberal positions that have been attractive to evangelical Protestants but could not heretofore be readily handled on the basis of an evangelical commitment.” 2

This stance found concrete expression at a conference in Marseille, France where he made the following comment about how a Muslim might come to faith:.

“…he doesn’t have to be convinced of the death of Christ. He simply has to pledge allegiance and faith to God who worked out the details to make it possible for his faith response to take the place of a righteousness requirement…He doesn’t have to know the details, for knowledge does not save. He simply has to pledge in faith as much of himself as he can to as much of God as he understands, even the Muslim ‘Allah’… 3

Based on these writings and others Edward Gross entitled his 1985 book documenting the writings of Charles Kraft, “Is Charles Kraft an Evangelical?” 4

This same kind of question was asked by the conservative theologian R.C. Sproul of Clark Pinnock, who also claimed in his widely popular book on inclusivism in 1992 entitled “The Wideness of God’s Mercy” (=WGM) to be “an orthodox theologian” (p. 40). Curiously another avid inclusivist named Sanders writing at about the same time asserted that he himself was in “agreement with traditional evangelical theology.”

Echoing Kraft, Pinnock says,” The issue God cares about is the direction of the heart, not the content of the theology.” (WGM, 158). The echo continues as Pinnock asserts that non-Christians may “make a faith response to God in the form of actions of love and justice” (WGM, 97). In fact he says, “There is enough truth in most religions for people to take hold of and put their trust in God’s mercy. The religion may help or hinder—but ultimately it is what the person decides that counts” (WGM, 111). In the same vein, Pinnock affirms “What God really cares about is faith and not theology, trust and not orthodoxy” (WGM, 112) and “The fact that different kinds of believers are accepted by God proves that the issue for God is not the content of theology but the reality of faith. (WGM, 105).

The final echo of Pinnock and Kraft comes in Pinnock’s view of Islam and he states:

“When Jews and Muslims, for example, praise God as the Creator of the world, it is obvious that they are referring to the same Being. We may assume that they are intending to worship the one Creator God that we also serve…If people in Ghana speak of a transcendent God…how can anyone conclude otherwise than that they intend to acknowledge the true God as we do?” (WGM, 97)

Rick Brown who is a resident linguist and theologian for SIL wrote an article entitled: “What Must One Believe About Jesus for Salvation.” There he states:

“There is no statement [in the Bible] that one must believe Jesus is the Lamb of God or Image or Word or Wisdom of God incarnate or even that he is God himself incarnate. There is no requirement for belief in the virgin birth nor the Trinity or other such teachings. These other doctrines although true and important can make the Gospel more appealing  in  many  cases,  but we  should  not  confuse  importance  with  necessity. . . .”

In the same article he suggests that as long as one says “Yes” to Jesus and puts one faith in Him, one can claim to be part of the community of the saved.  5

Carl Medearis, former missionary in the Middle East and head of a company called International Initiatives with a significant following—attested by the number of thumbs up (8,500 at the writing of this article) on his Facebook page—would likely categorize himself with Charles Kraft’s “venturesome-orthodox” title. 6 His latest book is provocatively entitled “Speaking of Jesus: The Art of Not-Evangelism.” There he stated:

“There is a place for doctrines and dogma and science and history and apologetics, but these things are not Jesus — they are humanly manufactured attempts to make people think having the right ideas is the same thing as loving and following Jesus” (p. 26).

Likely he would agree with one of his reviewers on Amazon who said, ” Carl leads you through the minefield of doctrinal issues straight to the simple gospel-Jesus.”

On a CNN blog ( 2011/07/24) Medearis reflected on his former work as a missionary among Muslims and lamented that he had “a set of doctrinal litmus tests that the potential convert had to pass before I would consider them “in” or one of “us.” His title for the blog was “Why Evangelicals Should Stop Evangelizing” and his current passion on his website is “making Jesus accessible.”

Kraft and Pinnock in other writings assert in so many words that they are cutting edge men of the hour that finally have come on the scene to reveal what the uninformed had missed until then. 7  Words like “fresh,” “paradigm shift,” and “new” are liberally used. Carl Medearis describes himself as a “catalyst” among a “hand-selected group of experts dong amazing work in the Middle East.”

In his recent doctoral thesis, entitled “A Critical Evaluation of the Insider Movement as a Contextualization Model among Muslims,” Wonjoo Hwang analyzed the winds of change in the theological realm, especially in dealing with non-Christian religions. 8 As noted above he observed a rampant “theological reductionism” and he proposed that the only antidote would be a return to thorough Biblical knowledge. He quotes Don Carson (p. 165) who stated:

“Missionary training must include substantive courses in biblical theology; for, although the study of contextualization may help the missionary free himself from the cultural accretions of his own society, there is a growing danger that contextualization will be used as a new tool to pervert the gospel into something unrecognizable. Nothing will provide a better safeguard than the constant study of the Word of God.” 9

The predictable response from all of the ‘Horsemen’ likely would be, “but we are being Biblical.” Again Hwang responds and asserts that the subjectivism and a growing dependence on observing ‘what God is doing’ has effectively torpedoed a true sense of Biblical orthodoxy and he prefers to see these trends as neo-orthodoxy. He then (p. 261) cites the wise advise of Hesselgrave who says that the content of the apostles’ teaching, and everything that Jesus taught is propositional truth that must be assented to and obeyed. He says,

“Orthodox and evangelical Christians hold to a unified universe and epistemology…. Biblical revelation is personal (i.e., God reveals himself), and it is also prepositional (i.e., God reveals truth about himself and his world). The meaning of biblical revelation must be apprehended objectively by reason and subjectively by faith. In other words, one must assent to truth and commit himself to truth..” 10

The philosopher/preacher of Ecclesiastes told us “there is nothing new under the sun” (1:9). This cursory look at 49 years of missions history attests to this.

Each of these authors while claiming to be within the fold of the historical teachings of the church over the last two millennia appears to have no problem to be “venturesome” in their theological application. Could this being venturesome, however, simply reflect an entrepreneurial spirit? Might the privatized religion that is so dogmatically asserted, be a simple reflection of rugged individualism? Might the strong emphasis on subjectivism be more of a reflection on post-modern ways of thinking than thinking Christianly? In so doing might they inadvertently be cultural imperialists in their theology while denouncing the same out of the other side of their mouth?

As much as correctives to an orthodoxy which has lost its “first love” have always been in order in church history ever since the church of Ephesus was thus challenged in Revelation 2, might these authors have swung to another extreme and thrown the baby out with the doctrinal bathwater? Their own words would suggest so. To pit knowledge against relationship is trite at best and stupid at worst. My accurate and categorized knowledge of my wife and her dreams, tastes and likes, helps me to have a deeper relationship with her. Less is not more. How much more true is this with His Majesty, King Jesus.