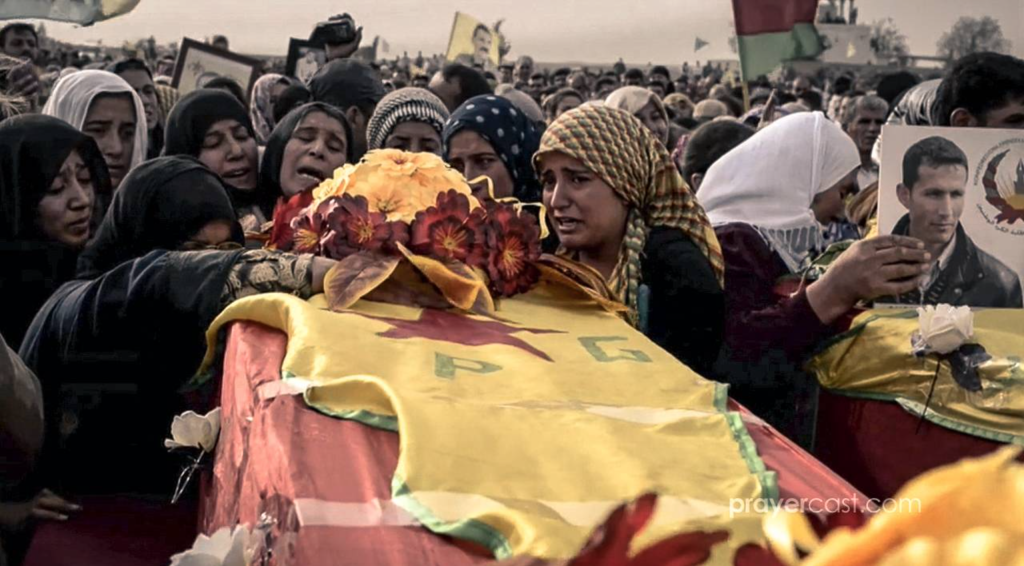 Up to 1.2 million people were displaced by the violence in Iraq in 2014 alone. Millions more live in fear. Massacres, beheadings, crucifixions, abductions, and sexual violence are rampant. Islamic State has attempted to eliminate entire Christian communities. As many as eight million people are believed to now live under the partial, or complete, control of IS.

This modern day nightmare has not only darkened the landscape of Iraq and Syria, but the whole world, with over 11,000 people from abroad joining the ranks of the 30-50,000 Islamic State militants. Teaching an extreme interpretation of Sunni Islam, they believe they are the only true believers and see the rest of the world as their enemy. Using violence to get what they want, their goal is the creation of an Islamic caliphate ruled by a single political and religious leader, ruling Muslim communities around the world.

Despite these gruesome realities, “Our struggle is not against flesh and blood, but…against the powers of this dark world and against the spiritual forces of evil in the heavenly realms” (Eph 6:12). This is a spiritual battle against our adversary, the devil, who “prowls around like a roaring lion, seeking someone to devour” (1 Pet 5:8).

We hate the darkness and underlying evil, and we grieve the resulting bloodshed and pain. Yet Jesus still says, “love your enemies and pray for those who persecute you” (Matt 5:44). God’s love reaches not only those suffering under this oppression, but it reaches even into the ranks of Islamic State. Just as God transformed Saul into Paul through an encounter with Jesus, so can He transform today’s persecutors into tomorrow’s evangelists. And He is doing just that.