The Intrigue of Primitive Cultures 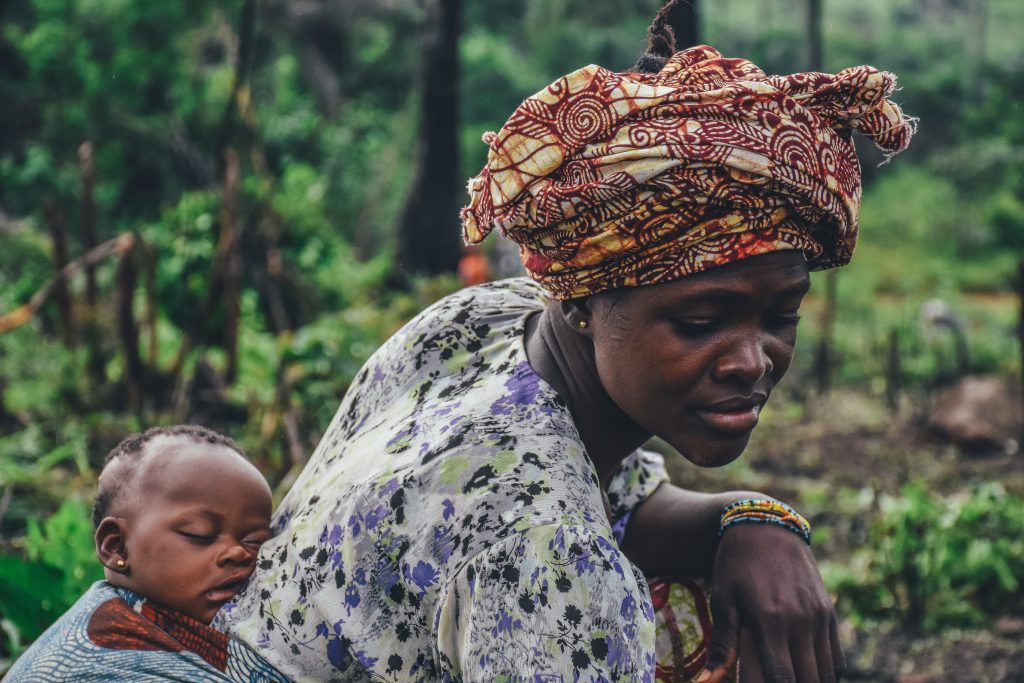 Note: This article was originally written from Beirut, Lebanon by Georges Houssney in 2011.

This article is not meant to be a comprehensive position on the impact of the gospel on other cultures. It is a critique of missionary practices that give culture more value than it deserves. Certainly not everything in any culture is evil or bad or needs to change. This issue will be discussed in course of time in future articles.

“Islamic culture is shrouded with mystique and packaged in intrigue.” So writes Valerie Hoffman in her book, “Sufism, Mystics, and Saints in Modern Egypt.”

Lebanon, the country of my birth, is no longer what it was when I was young. I miss the donkey I used to ride every morning to fetch water from the spring in the center of my village. I miss the oil lanterns that lit our evenings. I miss sitting with the rest of the family, relatives and neighbors around glowing coals heaped in a deep bronze fireplace in the center of the room. My mother, grandma, and my uncle took turns telling us stories of old times. I miss hearing the rooster crow at dawn and the sound of animals braying, mooing, and barking.

I miss the lush landscape with a few stone homes scattered in the valley, now replaced by tall concrete buildings. I miss the narrow dirt roads which were made for people and animals but now are littered with cars and trucks.

Weddings were my favorite. They lasted several days, with dancing and music all night. Everyone came without invitation and there was plenty of food for all.

And I do miss my first car, the Mini-Minor-a tiny box on wheels. I am nostalgic every time I see its successor, the Mini Cooper. What I don’t miss about it though is how many times it broke down on the Beirut -Tripoli highway and I had to push it to get it started again.

Whatever happened to the culture of the 50’s and 60’s?

The reality is this: those days are gone and they will never return. People are driving cars on asphalt roads, drawing water from taps inside their homes and using electricity for almost everything they do.

And guess what? In 40 years, the children of the current generation who will leave the village and go overseas like I did will return and have many things to miss. They will not miss donkeys because most of them have never seen one. They will not miss oil lanterns because they have never used one. So what will they miss? If I am around in 40 years, I will answer that question. But right now I cannot envision anyone missing this modern culture, which could never compare to my romantic memories of the culture of my past.

Sooner or later, new technologies will surely make cell phones, iPods, and laptops obsolete. Perhaps this is what the next generation will miss.

Last Sunday I met an American woman in a church in Beirut who told me that her daughter majored in Middle Eastern studies and spent some time in Cairo. She was so fascinated with Islam that now she is dating a Muslim and is working on becoming a Muslim. I asked her what she thought happened. The answer was: “I guess she found Islam fascinating.”

Fascination with ancient cultures has become part of the fabric of the Western mindset. Western missionaries often romanticize Islamic symbols: Veiled women, men in traditional garb carrying daggers and riding camels, pictures of minarets towering above fancy mosques and desert scenes. One former missionary to the Middle East, after being back in the US for a few years, wrote that his family misses the call to prayer and wished there was a mosque in their neighborhood in America. Missionary journals, newsletters, and magazines almost always have a cover page featuring primitive people dressed in traditional clothes, even though they maybe the minority in their countries.

A look at the covers of books on Islam, missionary newsletters, and magazines reveals much of what Westerners find attractive. They typically depict Islamic art with intrigue and extremely positive tones. I have yet to see a book on Islam with pictures of BMW’s, men in suits, career women behind desks, women in short dresses or jeans, or men and women in revealing swimwear on the beaches of Turkey. Rarely do you see photos of young Muslims using computers or carrying cellphones.

My daughter lives in Egypt, but is visiting Lebanon for her Christmas break. Today we were having lunch in a Beirut fast food joint when her mom and I asked her to share some of her observations of Egyptian culture. She did not hesitate to tell us how disjointed Muslim families are, contrary to what she has read in missiological literature about the closeness of the Muslim home. She spoke about the social ills of polygamy and the shocking frequency of divorce. One new insight to me was a comment she made about the mindset of married men. Since they are allowed to marry up to four women at a time, they feel no guilt about a lifetime of flirting with — and dating — younger women. Do they have any consideration for how their wives feel?

Ironically, the same missionaries who are intrigued with old-fashioned cultures abroad frown on traditions in their own Western countries. In the USA, for instance, each generation distances itself from the hair styles and fashion trends of the previous decade, and would only wear their parent’s clothes for Halloween. Yet when I have taken some Americans shopping in markets in Arab countries, they are fascinated by people wearing long robes in the streets. They often rush to buy these traditional clothes to show them to their families and friends. In missionary conventions you will see many missionaries dressed with traditional costumes of other cultures. They would not appear in outdated clothing from their own country.

When I first came to the USA, a major American supporter tried to persuade me to dress with a gown like an Arab, carry my Oud (a Middle Eastern instrument) and go around from church to church to raise funds for my ministry. “You will raise a lot of money” he insisted. When he failed in his effort, he threatened to withhold support from me until I did it. He made me feel like an Arab specimen. I explained to him that I have been wearing suits since my childhood, and that I do not need to fake my looks. I tried to convince him that I depend on the Lord for support and not on my cultural intrigue. I added that the Muslim world is moving away from tradition, and that I do not need to represent the traditional Arabs but the majority of modernized ones. He was so disappointed that he stopped supporting me.

The Muslim world is rapidly moving toward modernization. Yes, there is a recent surge in Islamic fundamentalism, and we see more Muslim women wearing the veil and more Muslim men wearing long beards. But, in many Muslim countries, for every one of those there are at least eight or nine who are dressed in jeans and tennis shoes.

Understandably, primitive culture is intriguing. This is one strong factor affecting many so-called contextualized missionary methods. Some missionaries are working harder on preserving the culture than members of that culture themselves. They behave as though it is a crime to tamper with the culture.

But is culture really our business? Are we cultural or social engineers? Or are we preachers of the gospel, the one that has the power to save, to change, to transform individuals inside out and turn cultures upside down?

Jesus and Paul are accused by Insider Movement proponents as having preserved various elements of the Jewish culture. They claim to have biblical support for this, but is this really what Jesus came for? Did he not come to turn the world upside down?

Did you hear what Jesus said? Hear some more:

Tonight I was with a few converts in Beirut who have fled their countries. For some of them, these words of Jesus encourage them to press on, despite the rejection of their families. A Saudi believer wrote me today asking me to pray for the salvation of her family, who has threatened her and now refuses to talk with her. One dear brother who is a leader of a ministry cannot go home to see his family, after years of separation.

Dare we tell these people they are suffering unnecessarily? Paul certainly would not. He will in fact affirm them with his vibrant voice: “For it has been granted to you on behalf of Christ not only to believe on him, but also to suffer for him,” And “I want to know Christ and the power of his resurrection and the fellowship of his suffering becoming like him in his death…” Philippians 1: 29; 3:10.

Culture is a unifying force for the majority of a people. At the same time it is a powerful factor in keeping people closed to the gospel and causing separation between those who conform and those who don’t. Muslims facing Christ find themselves in conflict with their own cultures and religious practices. They simply cannot conform. Paul admonishes them: “Do not be conformed…but be transformed…” Romans 12:2

Until Christian workers are willing to give up their admiration of primitive culture and are willing to see themselves as change agents, they remain ineffective for the kingdom. Primarily we are change agents of heart, mind, and soul. Our message is that of salvation of the lost souls, snatching them out of the fire and the hands of Satan, and preaching repentance and forgiveness of sins. We must aim to see Jesus born in the hearts of men and women who then would become children of God by receiving Jesus as their Savior and Lord. We cannot do that when we are paralyzed with fear of tampering with culture.

But transformation in these areas will unquestionably cause a change in ones social and familial status. It will undoubtedly cause a transformation that would distinguish them from mainstream culture. Internal change, by necessity, brings about external changes in behavior, much of which is described as cultural.

We do Muslims a disservice if we deny them the truth of the gospel and its transforming power. Muslims will not be saved within their religion. They must see the spiritual bankruptcy of Islam and its deception before they begin to consider alternatives. True love means telling the truth, and calling them to peace with God, to reconciliation, to eternal life, to forgiveness of sins. If people (Western and Eastern alike) are not willing to give up their culture for Jesus, they do not deserve Jesus. Jesus deserves our entire lives.