Conflict Styles in the East and the West – Direct vs. Indirect 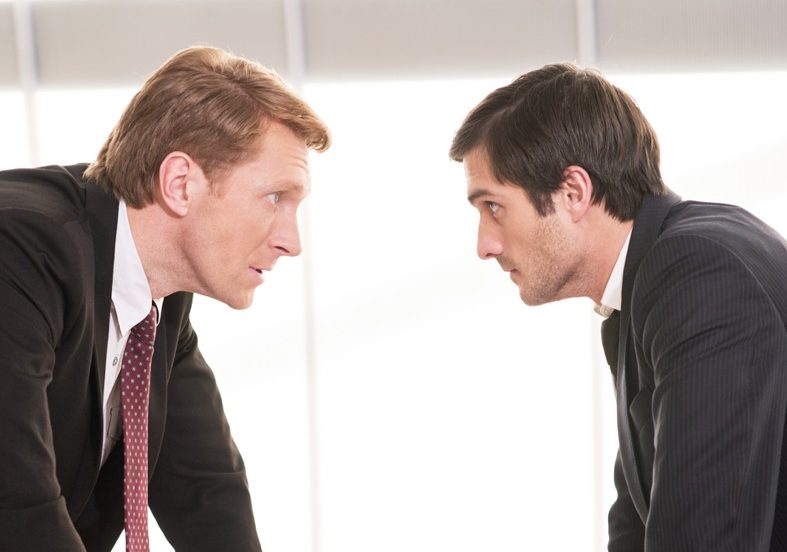 How did Jesus preach the Gospel to a world in conflict with God? He, who was the perfect communicator, shared the good news in a variety of ways. Each means perfectly tailored to transforming the hearts of the hearers. He was fully immersed in the culture of first century Palestine, but was able to seamlessly identify when to embrace and when to challenge the surrounding milieu. My family recently moved to Lebanon. It did not take long for me to discover that my new Lebanese culture communicates very differently than I was accustomed to in America. In my desperation to proclaim the gospel I knew I had to grasp the complexities of these new cultural interactions.

I found myself reacting diametrically different in each conflict that arose in everyday life. Every time there was something that appeared to be an insignificant issue (or no one else’s business) I was faced with what I received as hyperbolic, dramatic, and direct conflict. Incidents include: Walking with my son in a street without sidewalks, sitting in the wrong spot during a meeting, and walking thorough puddles with an untied shoelace. Each time I experienced raised voices, eye contact, hand gestures, and a general befuddlement regarding my behavior. In contrast there have been mistakes I have made that I knew created tremendous hurt and breaches of trust, but I have never heard a word about it from the individuals involved. On the contrary, the people become even more polite and gracious in each of our direct interactions. Needless to say, I was bewildered.

This culture that led with emotion took captive all of their passions in certain issues and unleashed them in others. I realized that there is a foundational difference in conflict styles based on cultural values. Refer to the figures below:

In both styles conflict is defined as a behavior/ event that is perceived by another person or persons to be inappropriate. The dissimilarity is that there is a point of determination when a different subconscious question is asked to decide the type of communication that will be used in the conflict.

From the western perspective the affected individual determines whether the behavior/ event affects himself or herself. If it does not then they will either avoid the situation entirely or engage in an indirect means to solve the problem without creating a scene. If the issue clearly disrupts the affected individual or their environment then they speak directly to that person regarding the issue.

In the eastern model the opposite reactions occur, because a different value is applied at the point of determination. If a conflict about an issue will not harm the relationship and may protect the honor of the person creating an issue, then the affected person will do all they can to directly resolve the problem. If conflict regarding the issue will hurt the relationship or bring significant shame to the person enacting the issue then the affected party will act indirectly to resolve the situation.

First they may avoid ever speaking about it again and do as much as possible to keep up appearances to protect the honor of the person who acted inappropriately (Though this is not way to say that they will not discuss it directly with anyone else other than the person involved).

Second, if they desire to resolve the conflict, then an intermediary will be dispatched. This individual looks after the honor of both parties. Their responsibility is to soften the blow of the conflict, communicate the issue clearly, and then return with news of attrition and promises of reparations to the affected person. Let’s look at two examples:

Example #1: Walking through puddles with an untied shoelace. The western mind would immediately dismiss this as both insignificant and having no effect on anyone else other than the person with wet shoelaces. The eastern mind sees an interdependent world where this poor person needs to be made aware that they are in danger of losing honor by dragging their sopping disgusting laces into someone’s shop or, God forbid, someone’s home. The insignificance of this small oversight could escalate into a hurtful situation and this person must fully understand the problem in order to avoid a future conflict.

Example #2: A short-term male missionary greeting a new woman with a hug and kisses on the cheek. A western individual who identified this behavior as a significant cultural mistake would take the man aside and have an immediate conversation with them to correct this action. The eastern woman who was shamed by the interaction would either never bring up the incident again or speak with a female confidant who would find the worker who was in charge of the missionary and relate the incident to them instead.
But this analysis is useless without the application of gospel proclamation. Both models are expressed by Jesus in the gospels. An overview of Jesus’ response to conflict as seen through the lens of Luke reveals fascinating revelations.

Before the Authorities:
Pilate Luke 23:3

Though Jesus may have different questions posed at the point of determination it is clear that Jesus was able to perfectly navigate the waters of cultural conflict using both modalities. There are even several instances (The Rich Fool, Jesus & Beelzebub, Repent or Perish) where He utilizes both within the same passage. It is clear that to be Christ-like we must be able to engage with both paradigms and not be restrained by a single tool in our belts, but the most interesting disclosure from Jesus’ conflict resolution strategies is found in our commissioning.

Jesus discloses a beautiful synthesis of eastern and western perspectives in Luke. The world is engaged in the ultimate conflict: enmity with and separation from God. The church is told that “repentance for the forgiveness of sins will be preached in His name to all nations” (Luke 24:47). We are sent as His intermediaries to share this good news but not to be afraid because Jesus says, “When you are brought before synagogues, rulers and authorities, do not worry about how you will defend yourselves or what you will say, for the Holy Spirit will teach you at that time what you should say” (Luke 12:11-12). The Holy Spirit speaks directly through His indirect ambassadors to share salvation with the world. Though the body of Christ is diverse in every way imaginable, Jesus shows that we must be able to rely on strategies unfamiliar to us in order to reach a world unfamiliar with the salvation found in Jesus Christ.

Louis his wife Annie Liss serve in Beirut, Lebanon at the Horizons’ Hope Of The Nations center with their two children David and Rebekah. While Louis pastored in Phoenix, they worked with incarcerated Muslim youth in Arizona as well as leading short term evangelism teams to Dearborn, MI with Horizons. After moving overseas to pursue long term mission work, Louis began to invest in the lives of the high school boys from the center. He now meets weekly with them sharing the gospel and raising up a new generation of Christian leaders. They also are in charge of discipling the international staff & interns working with Horizons in Beirut, in order to overcome cultural barriers and create long-term sustainability and unity amongst the Horizons’ team.