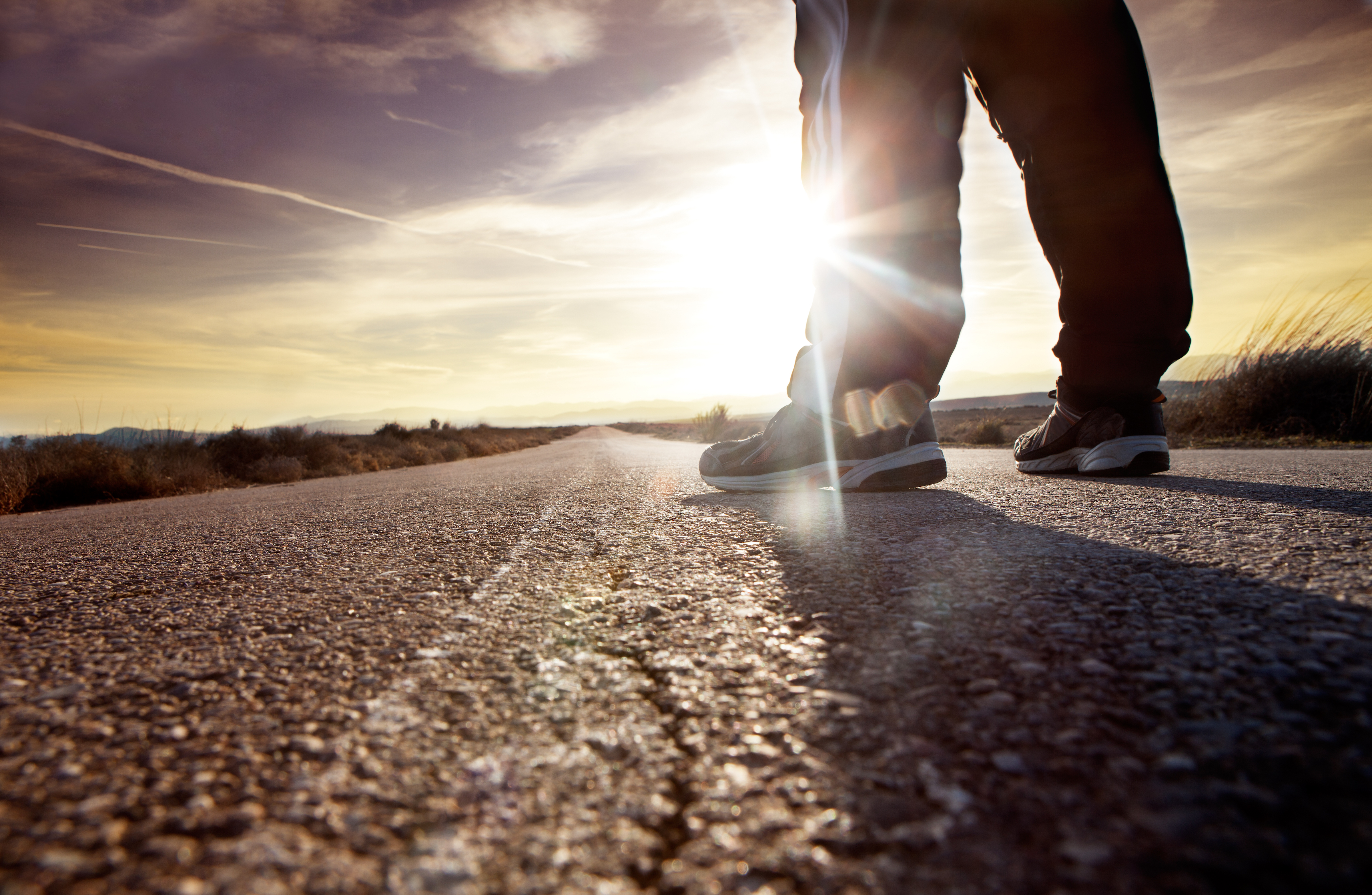 For about a decade I had the privilege to serve alongside a wonderful group of MBBs (Muslim background believers in Christ) and other Christians in the Metro New York area. At the end of each of our local gatherings and national conferences, we sang our theme song, “I Have Decided to Follow Jesus.” The song leader would begin in English and then people would pass the microphone and sing this glorious song in Arabic, Turkish, Urdu, Farsi, French, and on and on. It is a beautiful song and a fortifying one, to be sure!

“I Have Decided to Follow Jesus” is titled in such a way that gets the point across, even though, theologically speaking, we understand it was Jesus who chose us and not the other way around: “You did not choose Me but I chose you, and appointed you that you would go and bear fruit…” (John 15:16). I do not know if Calvin would have re-worded and re-released this song as, “Jesus Has Decided that I would Follow Him.” If someone has done so, apparently it has not caught on.

Closely related to this inspirational song, but perhaps not directly drawn from it, is the now-popular expression, “Follower of Jesus.” We hear this everywhere, as it seems to cut against religiosity and puts the focus on the person’s relationship with Jesus. It seems if Twitter had been around in Jesus’ day, He would have had many followers! We also hear “followers of Jesus” used in the context of ministry to Muslims, both by missionaries and those who have received the Gospel from them.

In this short essay, I want to encourage us to lay aside the term “followers of Jesus” in the context of ministry to Muslims. There are a number of main reasons for this. First, the Islamic Jesus is merely a prophet, while the biblical Jesus is Lord, God and Savior. 1 If a person claims to be a “follower of Jesus,” Muslims will not know if the person (or group) is following the Islamic Jesus or the biblical Jesus. Thus, the term is more likely to cause confusion among Muslims than result in a clear testimony.

Second, almost all conventional Muslims would consider themselves “followers of Jesus” already, even though they do not use that specific term. The reason is that Islam teaches that all prophets, including Jesus, preached the same message of Divine Unity (Tawhid). Yes, Muslims respect and even love and follow Jesus, but not the Jesus who is King of kings and Lord of lords.

Third, while Jesus called people to follow Him—and thus it is a perfectly suitable biblical term—the expression “follower of Jesus” does not guarantee a close relationship. It is possible to follow Jesus at a distance. Even the apostle Peter found himself “following at a distance” (Luke 22:54) on the night of Jesus’ arrest. It seemed the distance between Peter and Jesus pertained not only to physical space. When Peter’s relationship to Jesus was called into question at the campfire, he denied even knowing the Lord. Worship implies a much closer, intimate relationship.

Fourth, there was a time Jesus could not be followed, but He still could be worshipped. When the maji came from the East, Matthew records: “After coming into the house they saw the Child with Mary His mother; and they fell to the ground and worshiped Him” (Matthew 2:11). At this time, Jesus was a baby; we don’t know how old. He couldn’t preach or walk from Bethlehem to Galilee. No one could have literally followed Him. Yet, the Divine Baby was still worthy of worship. Jesus had worshippers before He had followers.

Fifth, Jesus could be a follower of others, but He could never be a worshipper of others: “While He was saying these things to them, a synagogue official came and bowed down before Him, and said, ‘my daughter has just died; but come and lay Your hand on her, and she will live.’ Jesus got up and began to follow him, and so did His disciples” (Matthew 9:18-19).

The early Islamic contention with Christians was not that they followed Jesus but that they worshipped Jesus. This worship of Jesus constituted the sin of shirk (associating partners with Allah) which is the unpardonable sin in Islam according to Sura 4:48, 4:116, and 5:72. Muhammad knew that Christians worshipped Jesus as God. In fact, the prophet of Islam has the Islamic Jesus deny that he ever allowed anyone to worship Him (Sura 5:116). Herein lies the humiliation of Jesus in the Qur’an.

Furthermore, Muslims have always understood Christians to be Christ-worshippers. Ibn Qayyim al Jawziyyah composed perhaps the most famous Islamic polemic poem of the Middle Ages, “Ya Ibad al-Masih,” (“O Christ Worshippers”). 2 This poem indicates that Muslims both understood and rejected the biblical teaching of the Incarnation of God in Christ. It also reflects the Muslim indignation at why Christians worship Jesus, since they believe that their Jesus was simply a mortal man.

Why I Have Decided to Worship Jesus

I have decided to worship Jesus because Jesus is worthy of worship, nothing more, nothing less. I am a “worshipper of Jesus” because “He is the radiance of His glory and the exact representation of His nature, and upholds all things by the word of His power” (Hebrews 1:3). I am a worshipper of Jesus because “He is the image of the invisible God” (Col 1:15). I worship Jesus because He saved me from my sins when I could not save myself. I recognize that in the presence of this Jesus, Who emptied Himself and took on the form of a helpless baby for His divine mission, “every knee will bow, of those who are in heaven and on earth and under the earth, and that every tongue will confess that Jesus Christ is Lord, to the glory of God the Father” (Phil 2:10-11). I fall down at the feet of Jesus in worship, adoration and thanksgiving.

Conclusion: Back to the Hymn

As do many anthems of the Christian faith, the hymn “I Have Decided to Follow Jesus” has an interesting story behind it:

“I Have Decided to Follow Jesus” is sung to a traditional folk tune from India (Assam), and it is named after the northeastern Indian state once home to tribes known as “head-hunters” due to their custom of collecting heads and hanging them on their walls. In his book Why, God, Why?, Dr. P. Job reports that 150 years ago a Welsh missionary converted a man, his wife, and his children to Christianity. After the village chief demanded that the man renounce his faith, he spontaneously sang the now-famous words, “I have decided to follow Jesus.” Reportedly, the chief ordered his archers to kill the man’s two children, threatening to kill his wife as well; but the man sang, “Though no one joins me, still I will follow.” The archers shot his wife, but still the man refused to deny Christ, and he was executed while singing: “The cross before me, the world behind me.” Allegedly, the chief was so moved that he declared, “I too belong to Jesus Christ!” and the entire village converted.” 3

This famous song comes from India. The man whose words inspired the song undeniably worshipped Jesus. He laid down his life for the One who laid down His life for him. His act of devotion in worshipping Jesus resulted in his death and the death of his family. While not everyone may be called to this same sacrifice, Jesus is worthy of such worship, devotion and sacrifice. Whoever this Indian worshipper of Jesus was, he was not simply a cool “follower of Jesus.” His faith in Christ was white hot. Let him inspire us to press in to the Lord deeper still.