Heartbroken over what is happening in Bible Translation Part 1: Al Kalima and the WEA 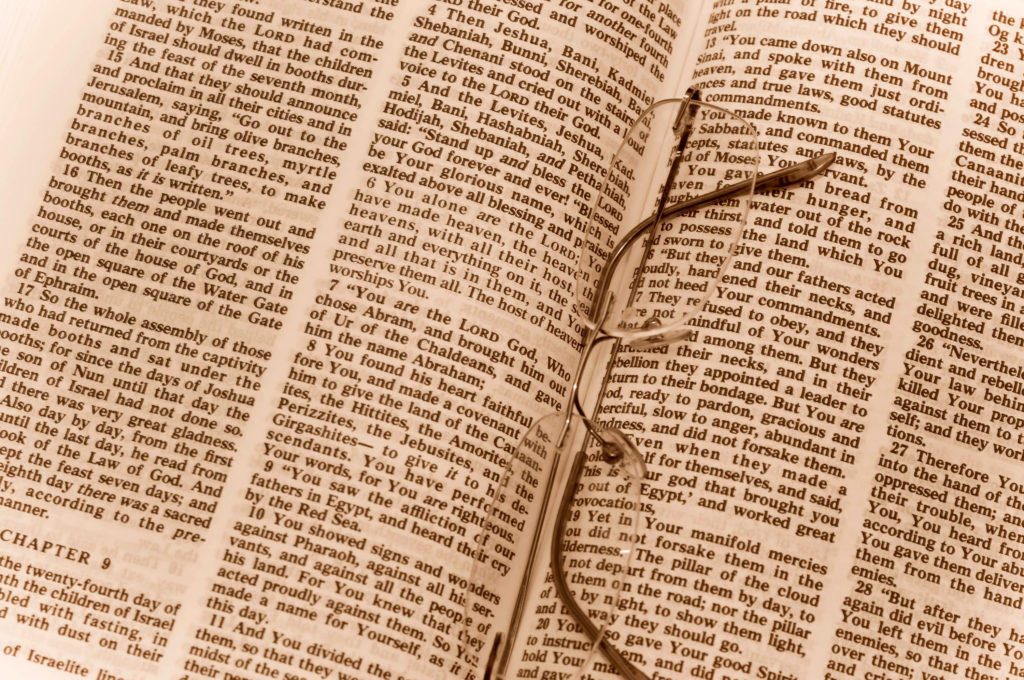 Al-Kalima, in collaboration with Wycliffe/SIL, published a new Arabic translation of the Gospels and Acts in 2008 called The True Meaning of the Gospel of Christ. Concerns regarding translation practices adopted in this translation (and others) prompted the World Evangelical Association (WEA) to form a committee to review biblical translation practices related to the translation of divine familial terms i.e. “Father” and “Son.” In 2013 the WEA committee published standards for translation that were to be adopted in future translations. Since the release of the WEA standards, there have been two bible translations that have publically claimed to adhere to these standards, these are the The Bold Proclamation of the Apostles of Christ released in 2015 and a revision of the The True Meaning of the Gospel of Christ released in 2016. Al-Kalima’s website states that “Al Kalima is committed to working within the guidelines drawn up by the WEA Global Review Panel on divine familial terms” and the following link: http://www.al-kalima.com/content/in-translation/wea-approval states that the WEA positively has assessed the terms used in these versions. For this reason, these translations provide a good opportunity to evaluate how well the WEA process is working to ensure that Scripture translations produced by our evangelical organizations accurately reflect God’s word.

The following are a few questions to consider as we look at these two translations:

With these questions in mind, let’s take a look at a few verses from the current revision of The True Meaning of the Gospel of Christ and The Bold Proclamation of the Apostles of Christ to see how well these translations have resolved the problems that the 2013 WEA report had attempted to address.

“But concerning that day or that hour, no one knows, not even the angels in heaven, nor the Son, but only the Father.” (ESV)

“As for the promise of these happenings, no one knows when that day and that hour comes, not even the master of humanity and the angels. For Allah, the father, the All-Beneficent, the All-merciful alone possesses knowledge of the hour.” (The True Meaning of the Gospel Christ)

“O family of Jacob, hear and give heed, Allah is the One, the Indivisible, so love Allah your Lord with all your heart and your soul and your mind and with all your strength.” (The True Meaning of the Gospel Christ)

“this he has fulfilled to us their children by raising Jesus, as also it is written in the second Psalm, “‘You are my Son, today I have begotten you.'” (ESV)

“And here his promise to us, their sons, is fulfilled, through the sending of our master Isa, as it says in the second Psalm from the Zabur: “You are closer to me than the son is to his father and today we seated you upon the throne.” (The True Meaning of the Gospel Christ)

“For we read in the book of Zabur about our master Isa, “You are closer to me than the son is to his father and today we seated you upon the throne.” And God did not in any respect address anyone from the angels in this way. And in the book of the prophet Samuel we read God saying about our master Isa – and none other than him: “I will be in status to him, the father; and he will be in status [to me], my spiritual son.“” (The Bold Proclamation of the Apostles of Christ)

“For certain people have crept in unnoticed who long ago were designated for this condemnation, ungodly people, who pervert the grace of our God into sensuality and deny our only Master and Lord, Jesus Christ. Now I want to remind you, although you once fully knew it, that Jesus, who saved a people out of the land of Egypt, afterward destroyed those who did not believe.” (ESV)

“Evil people have slipped in among you, turning God’s favor into a pretext to live immorally, and they deny our [authoritative] master (Arabic, sayyidna) and only master (Arabic, mawlana) Isa the Messiah. [But] from a long time ago, the book of God has revealed their wretched fate. Even though you know what I am saying to you, I want to remind you that Allah saved the sons of Jacob and freed them from Egypt; then he destroyed all who disbelieved him.” (The Bold Proclamation of the Apostles of Christ)

While there is disagreement among theologians about whether Islam presents a distorted image of the God revealed to us through the Scriptures or an image of an entirely false god, historically there has been pretty strong agreement that these kinds of questions should never be resolved through biblical translation efforts. One of the expectations of a good bible translation is that it avoids sectarian bias, and translations like the True Meaning and Bold Proclamation have significantly failed to achieve this goal. In many cases the translation choices made in these translations demonstrate at least indifference, if not complete rejection, of Christian orthodoxy. Additionally, Islam teaches that Christians have corrupted the Scriptures, and these new versions are providing tangible proof that this has been done, undermining efforts to reach Muslims with any version of Scripture. While the Church cannot stop errant translations of Scriptures from being produced, we can do a much better job of not participating in the production and distribution of translations like these. We can begin by being as clear as possible of our rejection of translation projects like these so we leave little room as possible for substantiating the claim we have corrupted the Scriptures, and we should take the time to better understand how the money we donate to bible translation and distribution efforts is being used so that we can be assured we are not funding these efforts. It is far better that Muslims see these translations as the product of fringe groups rejected by the majority of Christians, than as biblical translations endorsed and funded by the Christian Church.

Additionally, according to the WEA, the WEA guidelines always apply only to Wycliffe/SIL and only to issues related directly to the translation of Divine Familial Terms. Serious translations issue that are identified, but unrelated to the translation of Divine Familial Terms, are considered out of scope and will not be addressed by the WEA panel. There are currently no panels designated to address any of the myriad of other translation issues that have arisen in Muslim Idiom Translations, issues like the ones described in this article.

Furthermore, the panel’s scope is limited only to translations published with Wycliffe/SIL’s direct involvement. Translations published by other evangelical organizations are not evaluated, even when Wycliffe/SIL has assisted with the translation, as long as Wycliffe/SIL has withdrawn before it is published. The WEA guidelines state only that “If either internal or external review demonstrates that a project is not in compliance with SIL standards and the other stakeholders in the project wish to continue with their current approach, SIL and Wycliffe organizations who are key stakeholders will withdraw from involvement by procedures agreed upon with the other stakeholders. SIL and Wycliffe organizations who are key stakeholders will not provide funding for translation projects that are not in compliance with SIL standards. Withdrawal of funding will be done according to proper legal and financial obligations in the project context.” 6 Without a procedure that allows for the review of translations produced by other agencies after Wycliffe/SIL’s withdrawal, a public accounting of the length of time Wycliffe/SIL remained engaged in non-compliant translations, and an public accounting of the amount of funding invested by Wycliffe/SIL in non-compliant translation projects, this guideline does nothing more than shield Wycliffe/SIL from public accountability for their participation in non-compliant translation projects.