God has revealed. Man has repressed and exchanged: J.H. Bavinck’s missiology from Romans Chapter One

God has revealed. Man has suppressed and exchanged.

Most recently, I devoted a year comparing the theology of J.H. Bavinck, Hendrick Kramer and the apostle Paul. For most Biblically conservative missionaries and missiologists, Paul’s letter to the Romans is the theological bedrock of Church and missions. I have also found it descriptive and prescriptive of the apocalyptic cultural chaos being unveiled in recent months. I was thrilled to make Bavinck part of my missiological storehouse because of Romans 1:16 is my personal scriptural motto and the theme of my DMIN thesis.

J.H. Bavinck describes the universal lostness of mankind and the inability of man to obtain his own righteousness. The heart of his missiology is developed in his epic work The Church Between the Temple and the Mosque, a study on Romans chapter one. He urges the Christian to dialogue with the non-Christian. Bavinck warns that the Church must come face to face with her destiny in a world based on the universal religious consciousness.

He describes five magnetic points that provide a common ground for dialogue among all mankind and examines them in light of Romans chapter one.

Sin’s Impact on the World from Romans 1

Bavinck goes on to explain that because of original sin, humanity has suppressed these revelations. As Paul said, The wrath of God is being revealed from heaven against all the godlessness and wickedness of men who suppress the truth by their wickedness. Romains 1:18.

Humanity exchanged these truths for a lie. They replaced his glorious revelation with idols made in their image of men and birds. Human thinking became futile and their hearts were darkened. They claimed to be wise but became fools. The human mind makes its own image of God. In the garden when the serpent tempts Eve with this taut, “ Did God really say? Why look! There is the tree of the knowledge of good and evil. You will become like God if you eat.” Yet God had already revealed who he was and who they were as image bearers.

Let’ take this further and apply this to the Islamic traditions. Similarly, if Mohammed did receive a revelation of God in a cave as Islam claims, he repressed and exchanged it to match his own desires. The meta-narrative of the Bible is the story of God’s pursuit of lost humans. He takes the initiative to reveal himself and his truth.

Paul makes much of creation in his theology in Romans. The wrath of God is being revealed from heaven against all the godlessness and wickedness of men who suppress the truth by their wickedness since what may be known about God is plain to them because God has made it plain to them. For since the creation of the world God’s invisible qualities, his eternal power, and divine nature have been clearly seen, being understood from what has been made so that man is without excuse, Romans 1:18-20. When Adam and Eve sinned the curse infected everything, relationships between people, right thinking, moral order, creation and its relationship with the triune God. Men and women were created equal and made to have fellowship with him and to love and serve him, yet because of sin, his created order fell into a depravity, which they have been trying to ignore or repair ever since. When woman ate from the forbidden tree, man and woman were convicted of their sin, which was God revealing the truth. Adam and Eve demonstrated the first attempt to “repress and exchange the truth” by hiding from God and making clothes for themselves. All cultures and religions manifest one of these Edenic neuroses when convicted with sin: guilt, shame and fear (Roland Muller).

Yet at the point of infecting the cosmic DNA, God intervenes and reveals, providing the means of reconciliation and regeneration Gen 3: 14-15, the promised Savior. The doctrine of original sin is essential to missions and evangelism. It necessitates the work and person of Christ.

The preaching of the Gospel or the witness of a believer breaks the cycle of repression and exchange. In the cross and resurrection of Jesus Christ, the greatest event in history occurred. Peter attests to this stupendous reality that the preaching of the Gospel by the Holy Spirit from heaven was so amazing that even angels longed to look into it. Before the Holy Spirit gave them understanding, even the disciples could not understand it. The believer can rest assured that long before they share the Gospel of Christ with a Muslim person, God has been revealing himself.

Bavinck places the preaching of the word as the primary task for the missionary. He was rightly concerned about the Universalist liberal drift of missions since the mid-1930’s, that the missionary was being seen as an employee of a charitable religious organization. The missionary together with the whole church is called to preach the Gospel (Mt. 28:18-20). Missions is about the fulfillment of the great commission. Social justice, compassion ministries and refugee relief must prioritize the salvation of lost souls over the alleviation of human suffering.

Like Paul, we call Muslims to obedience to Christ…we have received grace and apostleship to call people from among the Gentiles to the obedience that comes by faith Ro.1:5. This is evangelism. May we not be ashamed of the gospel because it is the power of God for salvation. 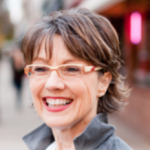