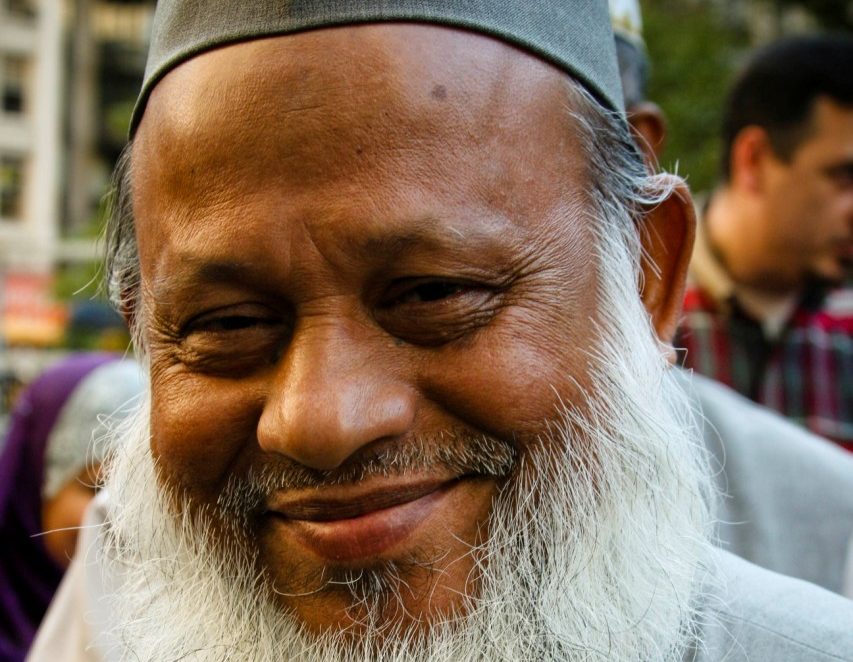 The following is the sixth article in a seven-part series on Identity Development and Transformation. This series is geared for Muslims who are leaving Islam and embracing Jesus Christ as Lord, as well as those ministering to them.

The previous articles in this series have covered Muslim identity and transitional identity issues for inquirers. The fifth article grounded the concept of Christo-centric as a biblical motif that impacts the individual and collective self-perception among believers, and which will inevitably effect the perception of these believers by outsiders. This has been represented in a four-quadrant matrix, answering four identity questions, as follows:

“What Does Christo-centric identity look like in Muslim contexts?”

What is the practical outworking of Christo-centric identity in Muslim contexts? The question is both practical and problematic: Practical because identity involves perception; perception involves what something looks like. Yet the outworking may be problematic because Jesus’ visage can only be portrayed spiritually. (We are not concerned with how Jesus appeared regarding height, weight, hair color, eye color, etc.)

The identity challenge is that Jesus in Islam does have an identity, but it is not His true identity. The Jesus of Islam, who is merely a mortal prophet, is a fictitious Jesus who never existed. The temptation is that Muslim inquirers will become content with finding identity in a Jesus whose identity is only incrementally increased over that of the Islamic Jesus. New believers should not be content that they are seen by others as connected to the Honored Jesus, or the Prophet Jesus, or the Imam-Leader Jesus. Only connection to the Lord and Savior Jesus Christ is sufficient. Identity—public and private, internal and external, individual and group—must converge upon the Lord Jesus in an integrated fashion.

The Question of Individual Self-Perception

An inquirer from Muslim background reaches a key stage when he or she realizes that he or she is no longer a Muslim. The Holy Spirit leads the inquirer into this conviction, since Christo-centric is incompatible with Muslim identity. The individual may seek an answer to the question, “I am no longer a Muslim, so who or what am I?” Like Paul, the hope for this inquirer is to find his or her spiritual identity in Christ. This comprises the most important self-assessment. God, by His grace, will cause this process to proceed.

“Persecution Triggers” mount up as immediate obstacles for those who reject Muhammad and Islam. These are the acts of commission or omission which are likely to result in various outbreaks of family or community wrath. I interviewed Muslims and Muslim-background disciples of the Lord Jesus (MBDLJs) from 18 different countries regarding this process. A synopsis of this doctoral research was published by the International Journal of Frontier Missiology. 1 Typical responses from Muslim family members and friends included persecuting the inquirer and the use of “shepherding” actions to bring the straying Muslim back into the fold of Islam.

Fear of persecution may cause a faint-hearted Muslim to refrain from pursuing Christo-centric identity. Make no mistake: fear is the backdrop upon which ministry to Muslims is painted. Paul, mentioned in this same quadrant in the previous article, gives a prime example as one who created fear for others, then overcame it through an encounter with the risen Lord Jesus.

The challenge for the inquirer who is moving from a transitional identity to a Christo-centric identity is that is only possible to relate to Jesus Christ as He is: as Lord. Islam forbids this, so a showdown must ensue. Jesus did not place an expiration date on his statement that no one can serve two masters. If the individual cannot come to perceive, believe and confess, “I am in Christ,” then he or she is still an inquirer, or somewhere in the transitional identity stage. “In Christ” must essentially also mean “not in Islam.” “In Christ” means redeemed by the blood of Christ and belonging to Him alone. This is true in this first quadrant as it will also be in the second.

The Question of Collective self-perception

The new generation of MBDLJs identifies strongly with the Body of Christ and not with the Umma of Muhammad. Duane A. Miller has produced some of the best first-hand research to date on MBDLJs, whom he calls “Ex-Muslim Christians” or “Muslim-background Christians.” He notes that group identity is tremendously important in the collective mindset of these newly-formed groups of believers. Where “Church” now smacks of religion in the West, and has even become uncool, this is not the sentiment of these local expressions of the Body of Christ. They have found their collective identity in His Body. Miller describes the process as follows:

“One main factor that led me to the conclusion that ecclesiology is very important to the believers I spent time with was the intense activity surrounding leadership formation in both Kitma [Arabic-speaking] and among the Iranians. That the community itself, the church, was of the utmost importance was clear to me, for not only did many of the leaders speak about the issue, but devoted much time to it.” 2.

In North Africa, former Muslims who have converted to Christ are identifying themselves as Masihiyeen al-Judod (“New Christians”). 3 This identity statement may set them apart from the French Colonial “Christians” of bygone years, yet still connect them to the “Grand Tradition” of the global Body of Christ.

The development of collective self-perception remains in its early stages for the new generation of MBDLJs. One terminological identifier may not fit all. It is apparent, however, that these new groups of believers want to be connected to the Body of Christ, which predates even the Islamic Umma by six centuries.

The Perception of the individual by others

My doctoral research cited above indicates that Muslims will not continue to confer Muslim identity upon a person who has come to believe God visited the earth in the form of Jesus, who died on the Cross and rose from the dead. An Indian imam, identified as U2, stated that a person who came to believe this person lost his Muslim identity “when he believed that Jesus had divine attributes. To attribute qualities of divinity to any prophet contradicts the Islamic concept of monotheism.” 4

This contradicts the insider missiological models which promotes being a “Muslim follower of Jesus.” This insider model leaves open the possibility that others, particularly family, friends, neighbors and colleagues, will continue to the view the individual as a Muslim, with the indigenously built-in assumption that such a person has not rejected Muhammad. The theory continues that, from their “insider” position, they are better placed to share Jesus with “others” than are those believers who may have been expelled by the others for leaving Muhammad and Islam. Unfortunately, believers that do not have a solid identity in Christ, but struggle with identity bifurcation, are in a weaker position to share Christ.

People familiar with ministry to Muslims are familiar with the reactions typically attending this third quadrant. Nevertheless, the reaction of the “others”—family, friends, neighbors and colleagues—is largely beyond the control of the convert or a Christian who has shared the gospel with that convert. The others here mentioned will naturally undergo trauma, shock and shame because Muhammad set up a system in which the best thing a person could do—receive Jesus as Lord—is actually considered the worst thing a person could do. As MBDLJs, we simply cannot and will not bow the knee to this fear-guarded system of bondage set up by Muhammad.

Again, what does real life in this quadrant look like? Those in the convert’s circle, though unbelievers, will ultimately and necessarily notice a difference in the convert due to his or her newfound identity in the Lord Jesus Christ. They may themselves be further interested in Jesus because of this reality, or they may seek to crush that identity, or they may take a wait and see approach.

Perception of believing groups by others

In previous generations, many Muslims would have never heard of another Muslim leaving Islam for the Lord Jesus, let alone having met such a person. Thank God that in our generation this occurrence is becoming more commonplace. A Jordanian MBDLJ once told me, “We have reached critical mass.” By that, he meant that Muslims could no longer discount MBDLJs as lunatics or sell-outs. Largely through internet and satellite television, Muslims have become aware that Muslims were coming to Christ and finding new identity in Him. They are also forming their own groups or affixing themselves onto groups of other Christ-worshippers.

Of the converts in North Africa, Bassam Madany states, “They and those who report about them in the Arab press, use the term ‘Masihiyyeen,’ as a testimony to their solidarity with other Arabic-speaking Christians, and as full members of the ‘One Holy Catholic and Apostolic Church,’ in the words of the Nicene Creed.” 5

This series of articles has presented Christo-centric identity as the preferred individual and collective identity for those of Muslim background who are turning to Christ. This stands in juxtaposition to the insider movement model in which Muslim identity is retained, in some way, on a permanent basis.

In the shame and honor discussion, greater emphasis is needed on the dishonor and shame Jesus suffered. Jesus “endured the cross, despising the shame, and has sat down at the right hand of the throne of God” (Heb 12:2). This verse describes the difference in how people may view things versus how God views things. While on this earth, Jesus was humiliated and shamed. People insisted that a murderer be released so Jesus could be crucified. Jesus was not swayed from His mission by public shame heaped upon Him. Then, after His earthly mission was complete, Jesus sat down at His exalted position at the right hand of the Father.

Likewise, the writer of Hebrews exhorts the early Christ-worshipping community: “But remember the former days, when, after being enlightened, you endured a great conflict of sufferings, partly by being made a public spectacle through reproaches and tribulations, and partly by becoming sharers with those who were so treated” (Heb 10:32-33). This community could not insist on being honored by outsiders.

We should not have our expectations clouded that Muslims now turning to Christ in will receive public honor. Like Master, like servant. Shame will be the rule not the exception. Groups of new believers of MBDLJs may be maligned and persecuted by the wider Muslim population. In some cases this could be government persecution, in other cases community persecution. Ministers should give greater attention to fortifying these new believers to withstand persecution than to come up with plans to avoid it—especially when those plans frequently include trying to permanently retain Muslim identity.