The Trinity: God’s Love as the Father, Son, and Holy Spirit (Part II of II) 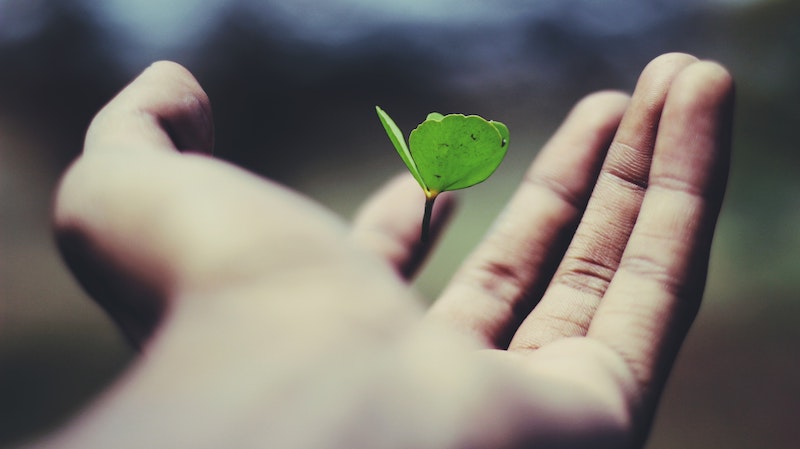 This is part two of a two part series on the Trinity.

In 1919 after the end of the Paris Peace Conference, then Emir Faisal (or Feisal), along with his staff from the Arabian Peninsula, traveled with Lawrence of Arabia to London. During their stay at the Ritz hotel, they were amazed by the running water to which they had access. These men wanted to remove the “magic faucets” from the hotel because they thought that if they took them to the Arabian Peninsula and elsewhere, they would always have instantaneous access to hot and cold water by simply turning the handles. 1 They failed to realize, however, all of the detailed engineering behind these faucets.

This amusing account is illustrative of the universal human tendency to incorrectly perceive reality where there is incomplete knowledge of what we are observing. The problem is not in the observation, but rather in our ignorance and faulty conclusions. As Christians, we have truly experienced God’s love in tangible ways no less than these bedouins experienced the benefits of running water at the Ritz hotel. Yet how often do we consciously relate God’s love to His eternal triune nature? In the same way that these Middle Easterners thought that if they removed the faucets (and spouts) from the hotel they would still have access to hot and cold water, too many times we think and speak of God’s love as if it is independent of His being the Trinity.

In 1 John 4:8, 16, we read, “God is love.” This simple statement is not mere sentiment, but a profound revelation of God’s nature. Of all the attributes of God, love is the most comprehensive of them. Two passages from Scripture sufficiently illustrate this. The first example is found when Jesus was asked about the greatest commandment in the Law (Matthew 22:34-40) 2 Out of the hundreds of commands given in the Torah, Jesus responded that the two most important of them are to love God (Deuteronomy 6:5) and to love others (Leviticus 19:18). From this it is apparent that love is the all-encompassing attribute for all of God’s commands, which being His Word, is an accurate reflection of His nature. 3 The second passage is found in 1 Corinthians 13. Love is explicitly described as the most comprehensive attribute. It is stated to be the “greatest” (1 Corinthians 13:13). Without love, even the performing of miracles or sacrificing one’s life are described as “nothing” (1 Corinthians 13:1-2).

The Greatest Expression of God’s Love

Since everything that God does is based in love, any number of examples from Scripture could be profitably referenced to help us see God’s triune nature at work. For the sake of time and space, however, let us consider the greatest expression of His love, namely the sending of His Son, Jesus Christ, who died on the cross for our sins:

For God so loved the world that he gave His only begotten Son, that whoever believes in Him shall not perish but have everlasting life. (John 3:16)

8 But God demonstrates His own love toward us, in that while we were yet sinners, Christ died for us. 9 Much more then, having now been justified by His blood, we shall be saved from the wrath of God through Him. 10 For if while we were enemies we were reconciled to God through the death of His Son, much more, having been reconciled, we shall be saved by His life. (Romans 5:8-10)

9 By this the love of God was manifested in us, that God has sent His only begotten Son into the world so that we might live through Him. 10 In this is love, not that we loved God, but that He loved us and sent His Son to be the propitiation for our sins. (1 John 4:9-10)

The repeated reference to God’s Son (or, the Son of God) in the context of the greatest expression of His love reveals to us that at the very least there is a distinction between God and His Son (which implies that God is His Father). It also reveals to us that God’s love cannot be separated from this unity of the Father and His Son.

The Eternal Love Between the Father and the Son

The relation of love to the unity of the Father and Son is also referenced in the events leading up to God’s greatest expression of love. The evening prior to His crucifixion, Jesus spoke of His love for the Father (which implies that Jesus is the Son): but so that the world may know that I love the Father, I do exactly as the Father commanded Me… (John 14:31) He also spoke of the Father’s love for Him: “Father, I desire that they also, whom You have given Me, be with Me where I am, so that they may see My glory which You have given Me, for You loved Me before the foundation of the world.” (John 17:24)

When considered together, these verses reveal that mutual loving relations have existed from eternity between the Father and the Son as the Father and the Son. The terms, “Father” and “Son,” therefore, have to do with eternal distinctions within God’s nature without which love does not exist. 4 This love is also mentioned by the Father when he declared at Jesus’ baptism and His transfiguration, “This is my beloved Son in whom I am well pleased” (emphasis added). 5 It is highly significant that two of the three recorded times in the New Testament where the Father spoke audibly, He spoke of Jesus as “my beloved Son,” while in the third occurrence it is implied. 6

The Holy Spirit and Love

There are several passages in the Bible that attribute the source of divine love to the Holy Spirit. The most explicit of them is found in Romans 15:30: Now I urge you, brethren, by our Lord Jesus Christ and by the love of the Spirit, to strive together with me in your prayers to God for me. This attribution of love to the Spirit is highly significant with respect to God’s triune nature. First, it occurs in one of the “trinitarian groupings” in Scripture which repeatedly reveal to us that exclusively divine attributes and activities are equally shared by the Father, Son, and Holy Spirit. 7 Second, while the phrase, “the love of God,” is primarily found in Scripture 8 we also find “the love of the Father” 9 and “the love of Christ.” 10 This simultaneous attribution of love to God in general and His distinctions in particular help us recognize that whenever Scripture speaks of divine love, all the distinctions of God’s triune nature are always implied, even if not all explicitly mentioned in the same passage.

The following two passages indicate that the source of divine love in the believer’s life comes from the Holy Spirit:

and hope does not disappoint, because the love of God has been poured out within our hearts through the Holy Spirit who was given to us. (Romans 5:5)

22 But the fruit of the Spirit is love, joy, peace, patience, kindness, goodness, faithfulness, 23 gentleness, self-control; against such things there is no law. (Galatians 5:22-23)

A final consideration is what Jesus said to the Samaritan woman: “God is Spirit” (John 4:24). As one of the two parallel statements to “God is love” with regard to His essence, 11 we understand that since God, who is one, can be equally described as love and Spirit, and that consciousness is ascribed to the Spirit but not to love, 12 the Holy Spirit is truly the source of divine love.

In the first article of this series I highlighted the Scriptural witness that the oneness of God is a unity that has a threefold plurality. This principle of plurality within unity can be seen in Creation and is neither illogical nor beyond human experience, especially since we have been created in God’s image (Genesis 1:26-27). In this article I have presented a brief treatment of how the Scriptural witness of God’s love points to His triune nature in which exists mutual relations. That love exists in mutual relations is yet another principle that we understand and experience. It is only fitting, therefore, that we who are created and reflect the image of God in limited fashion, would find this same principle present in unlimited fashion within our Creator.

The Name of the Father and the Son and the Holy Spirit is both the way in which believers in the Lord Jesus Christ are to be baptized (Matthew 28:19) and a divine revelation into the inner workings of that profound truth, so simply expressed as “God is love” (1 John 4:8, 16). The Trinity reveals to us that God is relational and His love is real, beckoning us to be ever immersed in Him, loving Him in return and expressing that love to others.

To read Part I of this series, click here.