Book Review – Two Stories of Everything: The Competing Metanarratives of Islam and Christianity, by Duane Miller 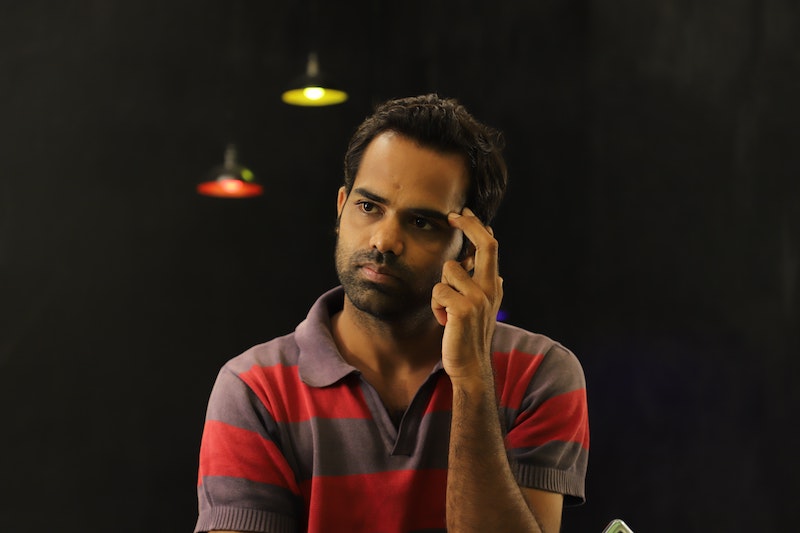 If you, like me, already have several shelves of books on Islam and ministry to Muslims, you may wonder if you have room for one more. I recommend you make a little space for Duane Miller’s short but potent contribution, Two Stories of Everything: The Competing Metanarratives of Islam and Christianity (Duane Alexander Miller, 2018, Grand Rapids, MI: Credo House).

Miller is a leading researcher in the topical area intersecting Christianity, Islam and missions. He has already completed, along with Patrick Johnstone of Operation World, an international study of converts to Christ from Muslim background. 1 His doctoral research has been published as a window on the world of these converts, Living among the Breakage: Contextual Theology-making and Ex-Muslim Christians. 2 He is also a missionary/scholar who has lived about a decade in the Middle East and speaks Arabic. Most importantly, Miller has a fantastic grasp of Christian and Islamic holy texts and their respective histories.

Nowadays it is difficult for a conservative Christian to find suitable textbooks, whether it would be one that could teach Christians about Islam, or Muslims about Christianity. Miller has written such a book in a tidy 143 pages. He has done so by taking a refreshing angle on the 1400-year exercise of comparative religions. Rather than simply comparing the

ologies and doctrines of the world’s two biggest religions, Miller has emphasized the need to understand the chronological story, or metanarrative, of each faith.

Duane Miller has distilled hundreds of Bible verses, Qur’anic verses and Islamic hadith into coherent grand-narratives which feature similarities and differences. There is real expertise here which the reader can feel. The author rightly points out that the Christian and Islamic narratives begin to diverge because of their respective views of the state of humanity. Islam teaches that main human problem is ignorance (Arabic, jahiliyya) for which Allah’s guidance through prophets is the remedy. Miller contends that the Christian narrative is based on concupiscence, the “innate tendency toward doing what is not good, and all humans share this” (p. 11). 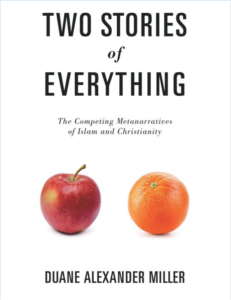 Yet, Miller does not leave the metanarratives in a vacuum. He makes applications in his riveting seventh chapter, “The State of the Mission.” He gives the Church a “C” in fulfilling Jesus’ Great Commission; he grades the Islamic “Umma” with a “D” in fulfilling its respective obligation of advancing the Islamic narrative. He handles many hot potato questions, such as “Is Islam a religion of peace?” and “What is the future of Christianity in the West?” Miller’s pessimism about the future of secular Europe will resonate with those who have read Douglas Murray’s The Strange Death of Europe, though these authors come from a different philosophical bent.

Miller also addresses whether there is an “essential Islam,” a topic that has become a missiological controversy. Some missiologists have argued that there is no essential Islam and therefore, a “Muslim” could even be a Bible-believing follower of Christ. Miller states, “It is impossible and probably undesirable to essentialize Islam and Christianity. And so, painting with broad strokes is necessary” (p. 51). He goes on later to amplify this point by emphasizing that Islam is not “monolithic” (p. 102). In relation to the issue of Islamic political ambition and the use of force, Miller applies his reasoning to show that Islam falls short of being a religion of peace: “According to the metanarrative of Islam, which has been outlined here, sooner or later some Muslims must try to establish political control or influence, because they need the power of law to enjoin what is right and forbid what is wrong (Qur’an 3:104)—this is the whole purpose of the umma, it is Allah’s will” (p. 102). Thus, the only final peace sanctioned by Islam is one in which the world is forced into submissive non-resistance to the shari’a.

I asked Dr. Miller in an email to explain whether his view of Islamic essentialism would preclude a Christ-worshipper from being considered a Muslim. I share his email response of 14 June 2018 with his permission:

“What I’m opposing here is a quick and clear division that says ‘all x are y’ and leave it there….The language I prefer to use, and which I think is more helpful and accurate, is that adopted by the ancient church, identifying three levels: orthodoxy, heterodoxy, and heresy…I feel like the acknowledgement of heterodoxy allows for us to identity certain beliefs and practices that do not represent the true theological and ritual core of the faith, while also acknowledging that they are not beyond the pale….I do reject the proposition that there is so much diversity in Islam (or Christianity) that it is impossible to identify any historical family of beliefs and rites that point to what Islam is.”

Miller’s book is not a polemic against Islam, though he begins the book by clearly stating his Christian conviction. He concludes this helpful book as follows: “It is obvious that I find the Christian metanarrative to be more fulfilling, consistent and beautiful, not just because it tells the truth about God, but because it allows for us to make sense of ourselves—our great capacity for good living side by side with our great capacity for evil. In the case that a Muslim has read this book, I extend to you an invitation to be reconciled to your Creator, but according to the path Jesus son of Mary presented to us, and to acknowledge that commitment by public baptism at a local congregation of his disciples” (p. 137).

Miller’s approach helps students of both Islam and Christianity arrive at a realistic comparison. He gives an accurate and even-handed picture of the two faiths and their respective communities. For all these reasons, I highly recommend Two Stories of Everything to both the casual reader and the specialist.