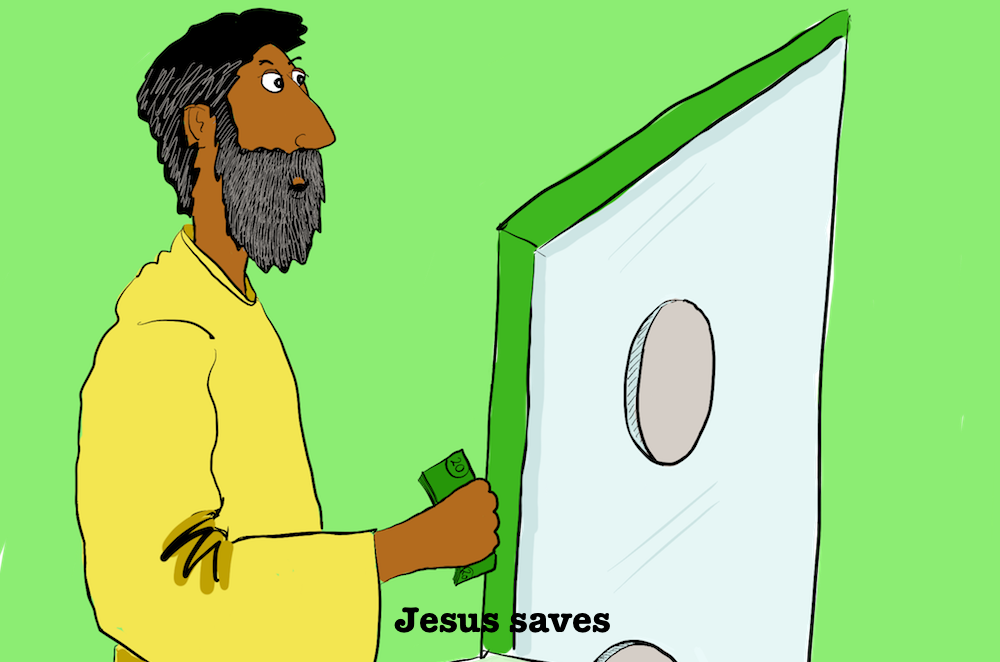 I’ve read lots of biographies. Some good, some bad. Some long; others very long. There is one biography that amazed, astounded, and saddened me. I still cannot get over what I read. Now to make this a bit more interesting, I’m not revealing the name of the man. That’s too easy. I am also comparing the biography of this unnamed person to the life of Jesus, my hero (and God and messiah and Savior).

This man was acquainted with a woman who insulted him. He told her to stop her slander, but when she didn’t, the woman’s own husband killed her, all with the approval of the unnamed man.

When Jesus was offended, insulted, and mocked, how did he respond? As he hung from the cross he said, “Father, forgive them.”

The unnamed man advised his friends to eat seven little fruits in order to ward off curses. He also encouraged the snorting of water into one’s nose in order to dislodge Satan.

Jesus never spoke to the issue of superstition, but when his disciples thought they saw a ghost (it was Jesus walking on the water), he said, “Do not be afraid.” That pretty much wraps up his view on fear, the foundation of curses: “Do not be afraid.”

The unnamed man’s reputation was being tarnished by another man. When a friend suggested he could catch the other man unaware by lying to him, our subject agreed. The slanderer was killed.

Prior to Jesus’ arrest in the middle of the night, Peter defended him. Peter cut off the ear of one who came to arrest Jesus. Jesus stopped Peter and healed the man’s ear.

Our unnamed subject once told a story of how he traveled to heaven. When he arrived he was shown three cups: one with water, one with wine, and one with milk. A voice told him to take one of the three and drink it. The man drained the vessel with the milk.

Jesus did not have any visions or dreams about going to heaven. He simply went there following his resurrection; and of course, he came from there originally. He’s gone, but he’s coming back.

Between 600 and 900 men of a certain religious persuasion were executed in one day by our unnamed person. They each had their heads cut off.

Jesus was never part of a wholesale slaughter of anyone. His teaching about those who are our enemies was painfully clear, though difficult to practice: “Love your enemies and pray for those who persecute you.”

Finally, the man had multiple wives. His ninth wife was just a child.

Jesus, when asked about marriage quoted Moses: “But from the beginning of creation, ‘God made them male and female. Therefore, a man shall leave his father and mother and hold fast to his wife, and the two shall become one flesh.’ So they are no longer two but one flesh. What therefore God has joined together, let not man separate“ (Mark 10:6-9). Jesus believed marriage was monogamy.

I think following Jesus, the savior of mankind, is a better option, don’t you?

*By the way, I’m comparing Muhammad and Jesus, of course, but I had to leave this out of the article in order to get it printed in our local paper.