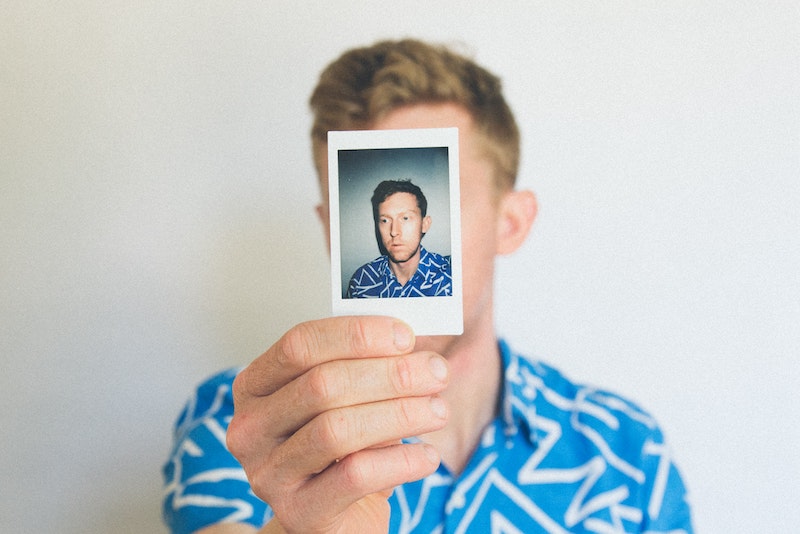 Many missionaries choose pseudonyms and pen names to conceal their identity. Some organizations have a policy of secrecy. They choose a secular name on the field that does not link them to the mother organization. This obviously restricts their overt Christian activities and limits them to humanitarian projects. They reason that this strategy allows them to stay in the country and protects them from danger and from being expelled.

Without sounding judgmental of those who use pen names to write books or pseudonyms to conceal their true identity, I believe that Christians should not hide their identity. Although I entertained the thought of choosing a pen name, I decided against it.

David registered for a four week Engaging Islam course in Colorado. The very first day at the lunch break I wanted to get to know him. So this conversation took place:

Me: “What organization are you part of?”

David: “In the Middle East.”

I thought maybe in time, I would build trust with him since I had just met him. But a whole month passed and I had no idea who this man was. I did not know where he was born and raised. He would not tell anyone where he worked except somewhere in the Middle East. No one knew what organization he belonged to. After a few days of trying, I found myself badgering the man. So I stopped trying to get close to him because to me he was not a real person.

A pseudonym, represents a philosophy of missions that has become so prevalent that it is now the norm. I cannot count the number of people I meet who would not reveal their real names, organizations, or their field of ministry.

This idea is not totally new. When I was in college, in the 1960s, a team of western missionaries landed in my city, Beirut. Their goal was to evangelize and plant churches. I met the leader of this team who introduced himself as Luke. When I asked him about his last name he said “I go by Luke” and he would not tell me or anyone else his real name.

Later I found out that dozens of missionaries who belonged to this organization have been asked to choose pseudonyms. Until now over 40 years later, I do not know their last names so I cannot search for these old friends on social media because they never revealed their true identity after years of being on the field.

I chose to write my book under my real name because it contains my story, my testimony, real information about where I grew up, names of my mentors, details of specific churches I helped plant, organizations I belonged too. How in the world was I going to come up with fake information about all these things? The book would have resembled fiction rather than fact.

I have read books with fake information. Identities, locations and organizations were concealed. There is no way of knowing if these things were real or made up. There is no way of verifying, observing or even believing these claims. In fact, I am convinced that many of the stories in mission circles cannot be trusted because they exaggerate facts that no one can check.

Fear is behind most if not all the philosophy of concealing one’s identity. Fear of being persecuted, fear of jeopardizing the national believers, and fear of being expelled from the mission field are some of the reasons people give for their secrecy.

Although Jesus gave some of his disciples new names, they were never secretive about their identity in Christ. Peter in a weak moment of fear for his life denied Christ but that was not a strategy, it was sin. He repented bitterly for this.

Jesus told us that if we deny him he will deny us; if we are ashamed of him, he will be ashamed of us. We need to be careful not to be promoting a sinful denial of Jesus in the name of wisdom.

I have learned early on that entering into ministry to Muslims is a dangerous endeavor. I had to decide between protecting myself or trusting the Lord to protect me. So far with all the exposure of my name, my face on websites, TV Channels, Youtube and other social media, I have experienced the protective hand of God. Each time the Lord saved me from a potential fatal or near fatal experience, my faith in him was both tested and strengthened.

My desire is to make the biggest impact possible and that means a public ministry. One of my evangelistic programs on TV was watched by millions of people. The same program was placed on Youtube and in one week was viewed by 117,000 people. Some of them have contacted me and in the last year a woman from Libya came to know the Lord because she found me on the internet and began to correspond with me.

Jesus discipled his followers in person not in absentia. Discipling converts needs to be out in the open so that your disciples can see you functioning in real life. There are ministries that follow up contacts using pseudonyms and I am sure the Lord uses them. But when the disciple knows you are a real person it is more effective. Part of the training is to demonstrate faith by trusting God for your life. This message is what is likely to help the new convert withstand persecution and live a fearlessly bold life as a Christian.

Many Muslims whom I meet google my name within hours or days after meeting me and find out a lot about me. A woman from Oman came to me once and said: You know what I like about you? We know who you are and what you do. This is why I can trust you. She told me about missionaries who have invited her to their house and she could not figure out their motivation. In fact, many people come to me or write me because they want to convert and they did not know who to go to until they found me.

Some argue that Jesus did not reveal his identity initially. It took the disciples a while to figure out that he was the Messiah, Son of the Living God (Matthew 16:16). This argument does not apply here because Jesus’s divine identity is something that the public could not understand. Peter only knew that by divine revelation. However, Jesus was public. He did not do things behind walls. Even when he did he told his disciples: “What I tell you in the dark, speak in the daylight; what is whispered in your ear, proclaim from the roofs.” Matthew 10:27.

Does this mean I am opposed to people who use pseudonyms?

Not always. Brother Andrew for example never revealed his real name. He was traveling behind the iron curtain in the Soviet Union. But no one can accuse him of not being bold in his ministry. He was responsible for millions of Bibles smuggled in all kinds of methods. Most notably one Million Chinese Bibles were smuggled into China in 1976 that caused a revival of the Chinese church.

In my work with the Kurds in Northern Iraq, Open Doors helped us smuggle Kurdish Bibles in hidden compartments of trucks carrying humanitarian aid through Turkey. They also smuggled a printing press disassembled into small pieces hidden in the body of three vans. It took their three engineers (drivers) three weeks to reassemble it. We used it to print gospel literature.

In the early 1970s, at a time when Kurdistan was closed to foreigners by the Iraqi regime and the Kurdish language was banned, I had to smuggle myself into Kurdistan pretending to be a Kurd without ever lying about it. I just dressed like a Kurd and travelled in public buses with Kurds. Because of my accent, I pretended to be asleep so no one would talk to me during the five-hour bus ride from Baghdad to Suleimaniyah. The Bible in Kurdish became God’s tool to spread the gospel among the Kurds.

Although Jesus gave some of his disciples new names, they were never secretive about their identity in Christ. Peter, in a weak moment of fear for his life, denied Christ. This was not a strategy, it was sin. He repented bitterly for this. Jesus told us that if we deny him he will deny us, if we are ashamed of him, he would be ashamed of us (Matt. 10:33). We need to be careful not to promote a sinful denial of Jesus in the name of wisdom.

Jesus and Paul both escaped when there was imminent danger. The gospels note that ‘His time had not yet come’ (John. 7:6).

And this is exactly what I believe – my time has not yet come. When it does, just as Queen Esther said: ‘If I perish, I perish’ (Esther. 4:16). But the standard in Biblical Missions is boldness and faith that motivate us to enter difficult situations, even dangerous in obedience to the Great Commission: “GO…”

In conclusion I would like to reiterate that as Christians we are entrusted with the gospel to preach it openly and fearlessly. Our safety is in God’s hands and we must trust him to protect us and if it is his will to take us home early, he has the final authority on my life.

Pseudonym or not, we are a community of faith. We trust God with our lives and ministry. Fear is contrary to faith and faith is the cure for fear. Whatever reason we may have for concealing or revealing our identities, we must not conceal Jesus from the lost sheep whom Jesus loves. He sends us to reveal him to them and gather them to his sheep-pen.

This article was written for Seedbed and a shorter version was published with the title “The Question of Pseudonyms in ministry.” Others contributed their views as well. This is the extended version published here in full.