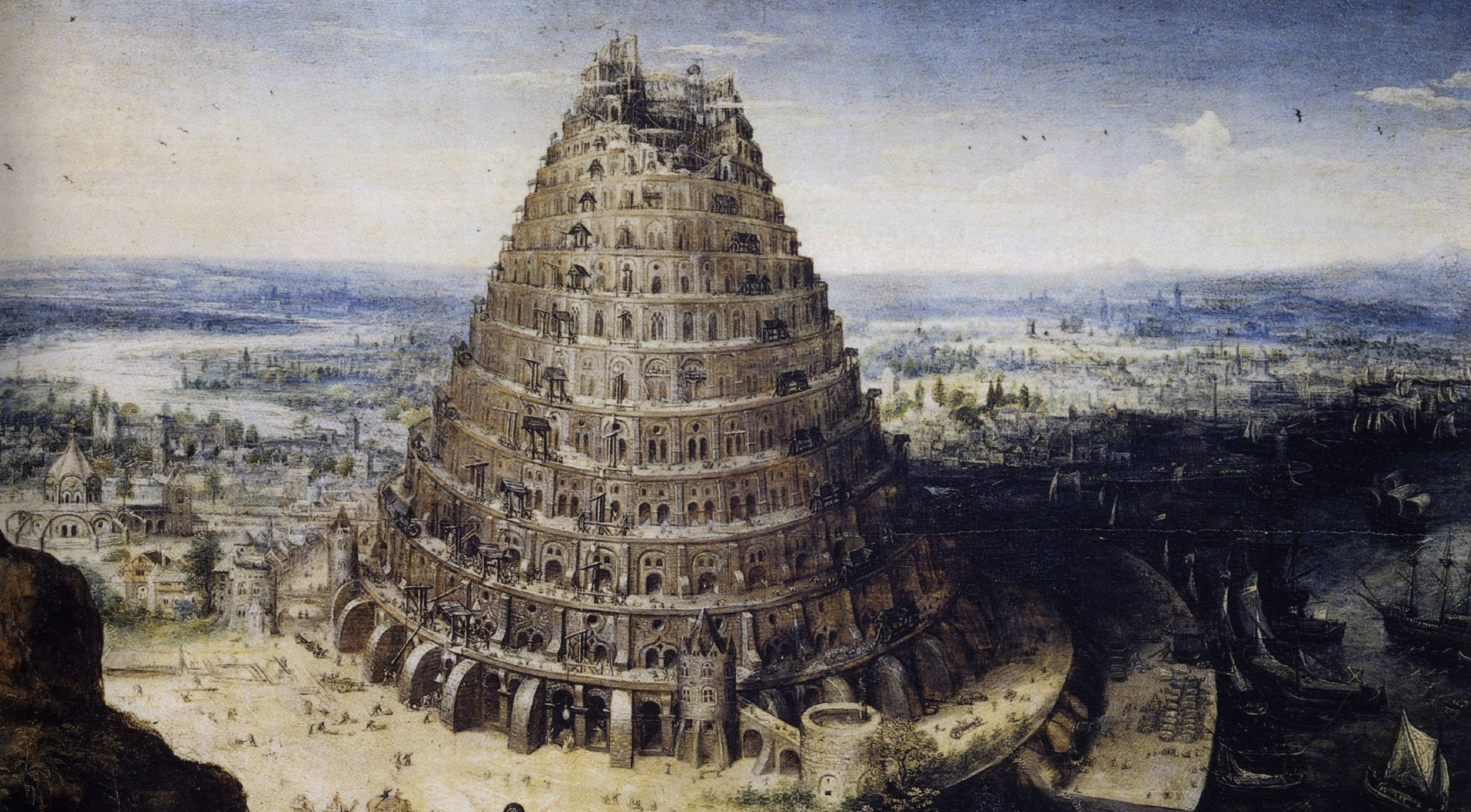 A LACK OR ABSENCE OF A BIBLICAL-THEOLOGICAL EMPHASIS: THE INSIDER MOVEMENT

The IM was originally a descriptive term explaining the phenomenon that Muslims followed Isa Al Masih in certain Asian countries. Later this became a prescriptive term for a radical contextualization model that emphasizes the accommodation of not only cultural factors but also religious factors of Islam. In the so-called C-spectrum first introduced by John Travis, the critical distinction between C4 and C5 centers on the question whether one can accommodate Islamic religious factors. 2 The two major points of dispute may reveal why the IM has been debated so seriously within the evangelical community.

Second, IM proponents contend that Muslim Insiders can continue to practice Islamic religious practices as long as they do not violate the biblical truths. When certain religious practices are incompatible with the biblical teachings, the Insiders may still implement them by reinterpreting Islamic factors personally or by subjectively inserting personal meanings that are different from the ordinary Islamic teachings. In this approach, the assumption is that Islam has positive components as a religion that one can affirm them in the life of new followers of Al-Masih.

Several IM proponents have attempted to provide biblical and theological validations to support this new contextualization model. Some demonstrative biblical passages for this purpose include the early church context in Acts 2-3, the Jerusalem Council in Acts 15, Paul’s preaching in Acts 17, and Paul’s various instructions in 1 Corinthians 7-10. 3 This section will highlight several representative biblical and theological reasoning of IM proponents in view of the two major claims before this writer presents a critical evaluation from a brief exegetical consideration.

The most common approach favored by IM proponents for their biblical validation is to point out biblical examples (or biblical precedents) and present their arguments based on simple parallelism. For instance, the early church believers in Acts 2-3 and Acts 15 are taken to show similarities and parallel features between the Insiders within the Islamic context and Jewish believers in the first century. The early church believers maintained their socio-religious identity as both Jews and followers of Jesus based on the new covenant. They continued to remain within the Jewish religious community for some time and further continued to observe their Jewish religious practices. After noting these similar characteristics, IM proponents contend that Muslim Insiders can do the same based on this historical precedence in the Bible. Dudley Woodberry expresses his view in the following words:

The [Jewish] leaders of the Temple and synagogues had corrupted Judaic worship and rejected Jesus, but he and his first followers continued to identify with Judaism and to participate in temple and synagogue worship. Therefore a case may be made for Muslims who follow Jesus to continue to identify with their Muslim community and participate, to the extent their consciences allow, in its religious observance. 4

In his exegetical study of Acts 2, Kevin Higgins develops a more detailed biblical reasoning for the same assertions. For instance, Higgins takes “the taking of bread” and “the prayers” in Acts 2:42 to denote “early celebration of the Lord’s Supper” and “(Jewish congregational) prayers in the Temple” respectively. 5 He takes these religious rituals as an indication that, “even as new community continued to embrace the temple prayers, it also added major new emphases and interpretations.” 6 Therefore, he concludes, Muslim Insiders can remain in their former Islamic religious communities and observe Islamic religious practices by incorporating radically new meanings and reinterpretations into the previous Islamic religious forms and practices: “Proponents of Insider Movements, especially among Muslims, have pointed to possible parallel here. They have argued from this passage and others [Acts 2:42] that a biblical precedent exists for new believers from Islam to remain in the mosque and continue to practice other religious expressions of Islamic life.” 7

Several quick comments would suffice to point out a few vital problems in the exegetical conclusions of IM proponents. First, Higgins’ undertaking of the two components of early church life, “the taking of bread” and “the prayers,” is exegetically not warranted, and furthermore his conclusion on this questionable assumption simply collapses because of the following exegetical grounds. Darrel Bock, a prominent New Testament scholar, argues that the phrase “the taking of bread” is a common meal whereby the Lord’s Table might have been included. This is convincing because this passage emphasizes the radically distinctive nature of the early church as a new covenant community in contrast to the existing Jewish communities. 8 In other words, Luke’s primary focus in Acts 2 lies in the radical discontinuity of a radical communal lifestyle under the new covenant.

Second, the definite article of “the prayers” is better taken to be “well known or celebrity article” instead of “the set prayers” of Judaism. Daniel Wallace, a prominent Greek grammarian, asserts: “The article points out an object that is well known. . . . Either the pattern of worship was well known in the early church because it was the common manner in which it was done, or Luke was attempting to convey that each element of the worship was the only one deserving of the name (par excellence).” 9 Therefore, prayer is better viewed as an integral part of the early church life in connection with the Apostles’ teachings, the fellowship, and the breaking of bread. There is no indication of a particular type of set prayers in Judaism as Higgins asserts. Based upon these two exegetical weaknesses, the conclusion of Higgins simply does not hold.

There is an even more serious problem in the reasoning of IM proponents. As noted above, the IM depends on simplistic parallelism between the early Jewish believers and the Muslim Insiders thus only allowing selective biblical precedents to be the basis for validating the IM. Higgins is well aware of the dangers and the complicated issues of applying this model within Judaism to other religious contexts such as Islam or Hinduism, but at the same time he also holds the parallelism as a crucial backbone of his conclusions. 10

The real problem in the use of parallelism between early disciples and Muslim Insiders lies in the unspoken theological presupposition held by IM advocates. When they compare Judaism and Islam at a practical level, they make a subtle assumption that Islam contains valid expressions of God’s revelation, though imperfect, like Judaism. Islam is taken to be a valid religion containing God’s revelation as much as Judaism was part of God’s revelation in biblical history. Therefore, they accept that there exists a valid theological continuity between Christianity and Islam as much as the continuity existed between Judaism and Christianity. Redemptive history progressively develops throughout the Old Testament and the New Testament that Judaism certainly holds theological connections with Christianity. However, the continuity between Judaism and Islam cannot be claimed in the same manner. In order to make such parallelism between the early church believers and Muslim Insiders, it is necessary to prove that Islam contains God-ordained revelations that are consistent with the previous revelation in the Old and New Testament. These unspoken presuppositions of IM advocates are certainly far beyond what they can prove biblically and theologically.

This brings out another important aspect of the biblical theological method of IM proponents. Several erroneous hermeneutical errors are found in their biblical interpretations. First, they tend to use the historical precedents in the Bible as a normative guideline or principle for the contemporary IM context. As demonstrated in the case of Acts 2-3, this kind of hermeneutical interpretation continues in other biblical passages in their attempts to biblically validate the IM.

The Jerusalem Council in Acts 15 is a representative example. IM proponents contend that the Jerusalem Council can be a normative guideline for the contemporary church to emulate for the contextualization discussions, such as the IM. While not going into a detailed evaluation of the biblical reasoning of IM proponents due to the space limit, 11 it is still worthwhile to mention the serious hermeneutical error behind this biblical interpretation. Two prominent evangelical scholars, Gordon Fee and Douglas Stuart, provide a well-reasoned guideline to interpret and apply biblical narratives and historical precedents in the book of Acts. 12 Several points of their work shed important light on the question of whether the pattern of the Jerusalem Council can be repeated by a contemporary church.