What’s Inside the Insider Movement, Pt. 3 of 4 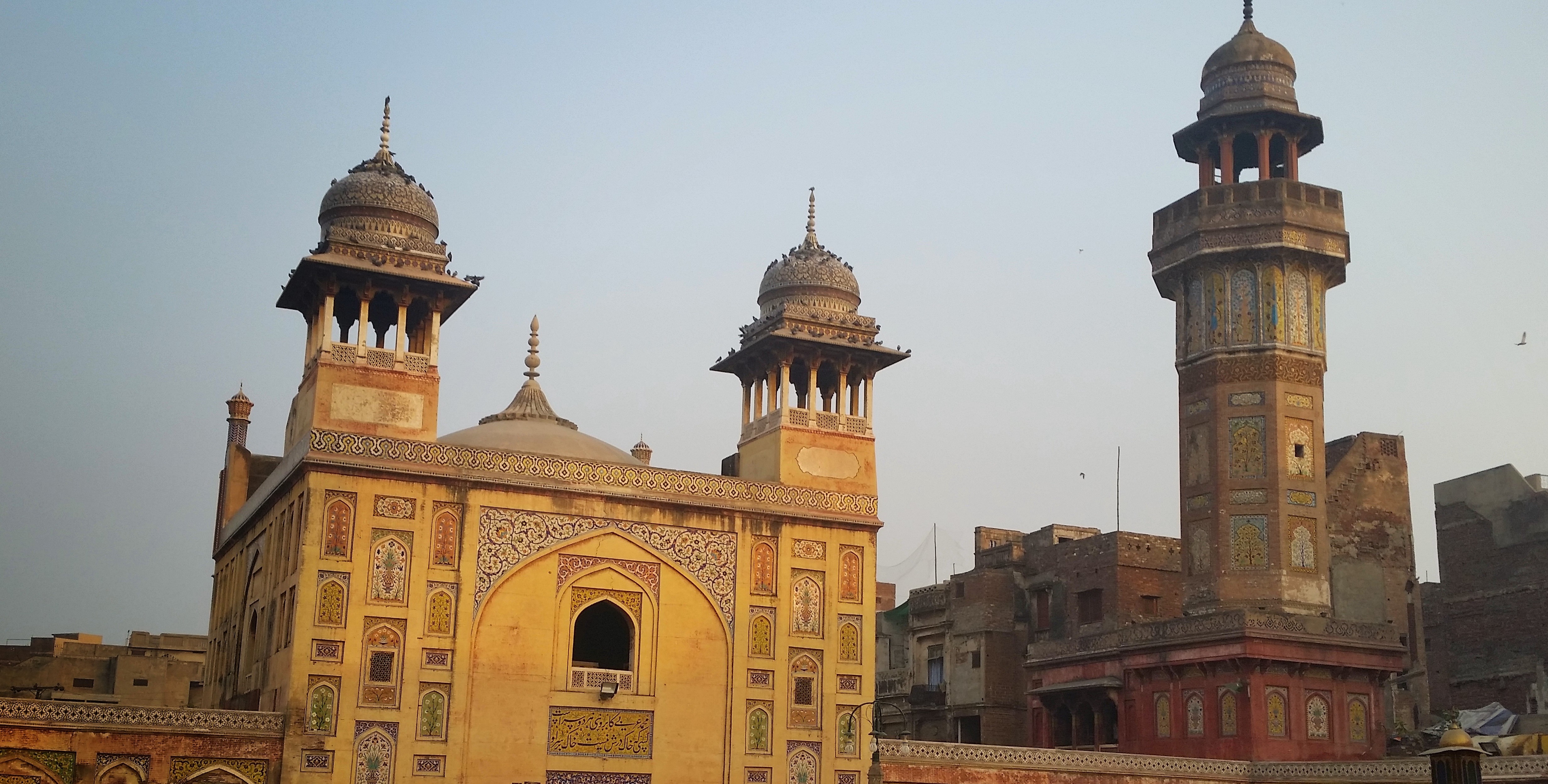 In this series’ study of the Insider Movement (IM), I highlight ten characteristics of this methodological missions movement. Insider methodology is focused on being an effective way to reach Muslims with the good news of Jesus. However, the problems with the movement are numerous and can lead to the destruction and denial of the very gospel message its proponents are so eager to share.

In review, my first article dealt with the definition of terms that are used quite regularly by those inside and outside the movement: “Insider” and “Contextualization.”

In my second article, I overviewed the first three characteristics of Insider methodology. They are:

Today we will look at the next three characteristics of IM methodology.

The first is the move to retranslate the Bible to better fit the Muslim context. These translations are often called Muslim Idiom Translations (MIT), but I will refer to them more plainly.

Is it possible to change the words in a Bible translation in order to better communicate the truth of Scripture to a Muslim culture? Of course it’s possible, but the deeper question concerns the accuracy of the translation. One of the foremost arguments Muslims use against Christianity is that the Bible has been mistranslated over the centuries, so it cannot be trusted. Sadly, those groups providing Islamized Bible translations are mistranslating Scripture in an effort to make the Bible more readily accepted to the world of Islam. But how did this idea of MIT begin to take root in translation practice? It has its roots in a translation idea called Dynamic Equivalence (DE).

In 1969, Eugene A. Nida and Charles R. Taber published a book on Bible translation titled “The Theory and Practice of Translation.” In the book, Nida defines the dynamic equivalence (DE) process:

Although I believe Dynamic Equivalence is a valid translation principle within strict biblical parameters, some in the Insider Movement have misused it.  It has been misused to make the Scriptures inoffensive to the Muslim audience by replacing the “offensive” biblical terms in the original text with Muslim terms that are more readily accepted. For example, the phrase “Son of God” in reference to Jesus, which is viewed as blasphemous by a Muslim reader, is often retranslated as “Messiah” or “Representative.”

Dr. Glen Kerr, who supports Nida’s position, unassumingly opens the door for future translators to misuse DE in his article “Dynamic Equivalence and Its Daughters: Placing Bible Translation Theories in Their Historical Context”:

The switch from textual fidelity to loyalty to the sender and receiver of the text should not be a hard concept for a Bible translator to grasp. 2

Kerr is the chief consultant for Bibles International, a Baptist Mid-Missions project. He is also part of SIL International, which has encountered controversy because of some of their DE translations. SIL and Wycliffe translations have in the past replaced terms like “Son of God” and “Father”  with inequivalent terms in some New Testament translations to make them more readily accepted in a Muslim context.

Rick Brown, member of SIL and Wycliffe, gives the reason for MIT in a publication titled “The Son of God: Understanding the Messianic Titles of Jesus”:

Christians may theologically be correct but exegetically wrong. The Scriptures ascribe divinity to Jesus in a variety of ways – not merely by calling him ‘the Son of God’.

Nevertheless, even when properly explained, Muslims are loath to use the phrase “Son of God” because of the negative and fearful associations it has had throughout their lives. It is therefore usually best to avoid it. In fact, many Muslims who have read the Gospel and come to faith in Jesus cannot bring themselves to call him or themselves “sons of God.” 3

We must reject any translation that is not faithful to the textual manuscripts of Scripture we have readily accessible. One final statement from Adam Simnowitz in his well-written thesis on Muslim Idiom Translations:

Conspicuously absent from most discussions regarding [Islamized Bible translations] are the implications it poses for the historic evangelical belief in the divine inspiration of Scripture. [Islamized Bible translation] treats the text of Scripture as something pliable to be shaped according to the dictates of Islamic belief as each “translator” sees fit.  If thematically significant scriptural terminology like “Father” and “Son” can be abandoned, or the first half of the Islamic creed can be inserted as if present in the original text of Scripture, the wording of the biblical manuscripts has no super-cultural or transcendent meaning. Such treatment of the text is not only contrary to the absolute claims of Scripture but stands in direct opposition to its explicit claims for divine inspiration which includes specific words which must be literally translated. 4

Mohammed Was a Prophet of God

The word ‘prophet’ (as well as other words used in many IM contexts) becomes a bit ambiguous in definition. However, to be fair, I think it is accurate to say that a majority of IM practitioners would state that Mohammed fulfilled a “prophetic role.”

In short, the question is: can a follower of Jesus say with integrity the Islamic creed, “there is no god but Allah. Muhammad is the messenger (prophet) of Allah?” In this paper I will seek to outline some biblical, historical, and Qur’anic bases for answering this question in the affirmative. 5

My own judgment is that I see Muhammad as an authentic prophet of God, even though like other prophets after the time of the Lord, neither morally perfect nor doctrinally infallible. 6

On their promotional webpage, the Common Path Alliance, which is an Insider organization, distributes a diagram describing the lineage of biblical prophets. On this lineage, they state that Abraham produced two prophetic “sons of mercy” through which came the prophetic lines to both Arabs and Jews. Jesus is the last prophet in the line of Isaac, the last and great prophet to his nation, the Jews. They go on to state that Mohammed is the last great prophet to the Arabs. However, in the Common Path Alliance diagram, Mohammed leads his disciples back to Jesus, who will return one day to unify the two as a “just ruler of all believers.” 7

Is Mohammed the last great prophet who will lead the Arab people back to Jesus? Mohammed denied the Biblical Jesus in the Koran. How is he going to lead Arabs back to Him?

May we all be wary of any individual claiming to be a prophet of the Living God.

Hebrews 1:2 reminds us that God has spoken to us “once and for all time” through His Son, Jesus. Anyone or anything claiming to be a “prophetic word” from God must be completely aligned with what the written word of God already and completely says about our Lord Jesus Christ. Anyone or anything else speaking or writing something different that what the Bible says about Jesus is a complete counterfeit.

Contextualization is a useful communication tool that we can use to make the message of the Bible clearer to our listening audience. However, some in the Insider Movement have misrepresented themselves to their target audience, as well as to those who support them at home, using contextualization as an excuse. For example, IM practitioners want to contextualize Christian terms to remove any offense to the Muslim audience. Therefore, in order to gain an entrance into the Muslim culture the field worker is attempting to reach for Christ, some workers practicing insider methodology actually introduce themselves to their Muslim target audience as Muslims. This is because the term “Christian” is very offensive to many Muslims (and there are legitimate historical reasons why the term is offensive, beyond the theological differences both faiths have).

Kevin Greeson gives this example of how a believer from a Muslim background should introduce himself to another Muslim. He says,

I am an Isahi Muslim.” This reply literally means, “I am one who has submitted to God’s will by belonging to Jesus. 9

In my training opportunities with church planters in Asia, some field workers shared with me that they had initially gone into villages with a “contextualized” identity. Upon arrival and questioning by the chief of the village they had introduced themselves as Muslims. Their reasoning was that “Islam” meant submitted to God, and so they rationalized they had in fact submitted themselves to God through faith in Jesus!

However, when the chief and other village people discovered they were in fact “followers of Jesus” their credibility was destroyed, and they were kicked out of the village because of their deceptive practices.

By assigning a new meaning to “Muslim” that Muslims themselves do not accept is at best disingenuous and at worst deceptive.  The retention of “Muslim” as an identity is based on creating a double-entendre in which it means one thing for “Muslim followers of Christ” but another for “regular” Muslims who properly understand the term to mean an adherent of Islam which includes the belief and confession that Muhammad is the final prophet of God and that the Quran is God’s Word. The Bible is very clear regarding the importance of truth and honesty. 10

The church planters in Asia we are privileged to train gave up their deceptive tactics. Upon entering a village and being questioned by the Chief and leadership, they openly state they are “followers of Jesus” who have come to provide help for the village. As a result of their truthful introductions, they have seen an incredible increase in the numbers of people coming to faith in Christ as they speak the truth in love.

Next week I will present the fourth and final installment of the series, which will cover the following Insider characteristics: