Glory of the Impossible 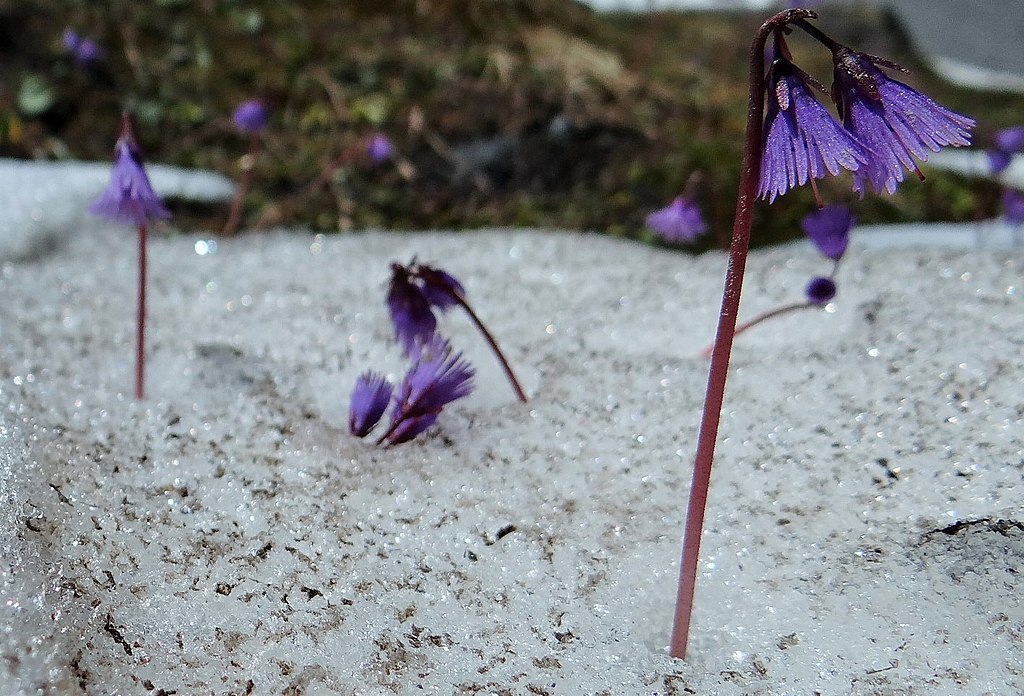 Lilias Trotter gave up a promising career as an artist to serve as a missionary to the Muslim population of Algeria at the turn of the 20th century. In this short parable, Trotter provides the backbone of faith behind missions.

“You do not test the resources of God till you try the impossible.”

“God loves with a great love the man whose heart is bursting with a passion for the impossible.”

“We have a God who delights in impossibilities.”

Far up in the Alpine hollows, year by year, God works one of His marvels. The snow patches lie there, frozen into ice, at their edges from the strife of sunny days and frosty nights; and through that ice-crust come, unscathed, flowers in full bloom.

Back in the days of the bygone summer, the little soldanella plant spread its leaves wide and flat on the ground to drink in the sun-rays, and it kept them stored in the root through the winter. Then spring came and stirred its pulses even below the snow-shroud. And as it sprouted, warmth was given out in such a strange measure that it thawed a little dome in the snow above its head. Higher and higher it grew, and always above it rose the bell of air, till the flowerbud formed safely within it; and at last the icy covering of the air-bell gave way, and let the blossom through into the sunshine, the crystalline texture of its mauve petals sparkling like the snow itself, as if it bore the traces of the fight through which it had come.

And the fragile thing rings an echo in our hearts that none of the jewel-like flowers nestled in the warm turf on the slopes below could waken. We love to see the impossible done. And so does God.

Gazing north, south, east, and west over His world, with the signs of coming spring in one nation after another, two great tracts catch our eye, still frost-bound, as it were, in snow and ice. Hitherto, in the main, they have held out against the gleams of His sunshine that have come to them, and it looks as if it must be long before we shall see grass and flowers appear. They are the Caste Religions of India, and, yet more unbroken in its resistance, the power of Islam throughout the world.

And the watchers there have a fight sometimes, lest the numbness and chill that reign around should creep into their own souls with the hope deferred; and the longer they stay the more keenly they realize the dead weight, impenetrable, immovable that shuts down like a tombstone the weak little gems of life that lie buried beneath it.

It may be you have, half unconsciously, avoided looking the situation square in the face, lest faith should be weakened. But faith that has to ignore facts is not real faith.

Think over steadily the position of one of these imprisoned souls as he comes in contact with God’s message. Try to understand the intense prejudice and conservatism, the absolute satisfaction with a creed that fits so well the religious instincts, and leaves him so free to sin. And then, if a stir begins in the rigidity of his mind and the torpor of his conscience, and his will wakes out of the paralysis of fatalism, it is only to stumble up against a fresh barrier.

His very heartstrings are involved in the matter. Think what it means for him, with his Eastern imagination and his Eastern timidity, to face the havoc that confession of Christ would involve — the dislocation of every social detail, the wrecking of home and prospects, and the breaking of the hearts of those he loves. Everything that has made life to him must go, and possibly life itself, if he moves towards the light.

Behind all this and beyond it, both in this case of Mohammedanism and Caste, is the strange, magnetic hold of the system over every fibre of the nature. It is so strong that even tiny children are under its spell — creatures that with us would be still in the nursery take a pride and delight in their stern Caste regulations and their share in the Ramadan fast. And behind that again, and probably the true explanation of the fascination, lies the purpose of the Devil, that these, his two entrenched positions, shall not be wrested from him.

He employs every art of hell to keep the truth from reaching the souls bound there; or, if it reaches, from touching them; or, if it touches, from waking them into life and liberty.

This is a distant sight of these great snowfields; but it can give no sense of the icy coldness and hardness that pervade them. For that you need contact.

And then the Adversary goes a step further. Not content with dealing directly with his captives, he rivets their chains by dealing with God’s people about them. He works on our unbelief and our faintheartedness, and breathes a half-uttered word — ” impossible.”

But oh! He overreaches himself when he gets to that word. He means it to sound like a knell, and instead of that it breaks into a ringing chime of hope: for

Yes! Face it out to the end: cast away every shadow of hope on the human side as a positive hindrance to the Divine; heap the difficulties together recklessly, and pile on as many more as you can find: you cannot get beyond that blessed climax of impossibility. Let faith swing out on Him. He is the God of the impossible.

It is no new pathway, this. “The steps of . . . our father Abraham” trod it long ago; and the sentences of the flyleaf bear witness that the footprints of those who” do know their God,” mark it still (Dan. 11:32).

Look in the Revised Version at the description of Abraham’s launch forth. He considered (there is such a beautiful quietness in the word) the whole extent of the hopelessness, and went straight forward as if it did not exist, “being fully persuaded that what He had promised He was able also to perform” (Rom. 4:21).

But have we a promise to go on, for these people? Has God spoken anything upon which we can reckon for them?

Do we need more than the following? I think not. “O Lord my strength … the Gentiles shall come unto Thee from the ends of the earth, and shall say, Surely our fathers have inherited lies, vanity and things wherein is no profit? Shall a man make gods unto himself, and they are no gods?” (Jer. 16:19-20).

From the ends of the earth — the farthest away and the hardest to win — they shall come with the cry of broken hopes that nothing can wring from them yet, sweeping away the idolized prophet and the idols of wood and stone among the “things wherein there is no profit” (Jer. 16:19). And oh the triumph of the words, “I will this once cause them to know, I will cause them to know Mine Hand and My Might” (Jer. 16:21)!

And lifting the veil from the time to come, we have the vision, “I beheld, and lo a great multitude which no man could number, of all nations, and kindreds, and people, and tongues, stood before the throne and before the Lamb, clothed with white robes, and palms in their hands.”

Have the Mohammedans and the Caste races a fair representation there yet? If not, those who shall stand before the throne are still to be found. They will be found by those to whom God gives a passion for the impossible.

And if these promises are not enough, there is an infinite horizon out beyond them in God Himself. If it were only a matter of asking Him to repeat the miracles of the past, faith would have plenty of room. But He is not bound to reproduce. He is the Creator: have we ever let our hearts and hopes go out to the glory of that Name?

Look at the tiny measure of creative power given to man, in music, poetry, art — where there is a spark of it, how it refuses to be fettered by repeating itself! The history of His wonders in the past is a constant succession of new things, and He is not at the end of His resources yet.

Years ago, at Keswick, Campbell Morgan gave us this rendering of John 15:7: “If ye abide in Me, and My words abide in you, ye shall demand that for which ye are inclined, and it shall be generated for you.” “Generated for you” — Oh the depth of the “possible with God” that lies in these words!

Will you ask Him to do a new thing among these hard-bound races: to “generate” a glow of Holy Ghost fire that will melt its way up through all the icy barriers, and set a host free?

Hitherto the work, done has been more like trying to break through these barriers from above, in the hopes of finding solitary life-germs imprisoned how few they have been, and how stunted and weak for the most part, at any rate in Moslem countries! God has yet to show what can be done if He stirs thus by His Spirit from within.

No matter if for the time it is a hidden process: the sunlight will be storing underground as you pray, and life will be set moving, Nothing is seen of the soldanella under its frozen crust, till the moment comes when the top of the air-bell gives way, and the flower is there. We believe that God is beginning already almighty work below the surface in these seemingly hopeless fields, and that it may be with the same suddenness that it will be manifested; and the miracle of the snow-hollows will be wrought afresh by the crowding up of human souls who have won through in the hardest of fights.

Read once more the sentences on the flyleaf. Let us give ourselves up to believe for this new thing on the earth. Let us dare to test God’s resources on it. Let us ask Him to kindle in us and keep aflame that passion for the impossible that shall make us delight in it with Him, till the day when we shall see it transformed into a fact.

“BEHOLD, I AM THE LORD, THE GOD OF ALL FLESH: IS THERE
ANYTHING TOO HARD FOR ME?”

Read more from Lilias Trotter on the Christian Archives for Islamic Studies.