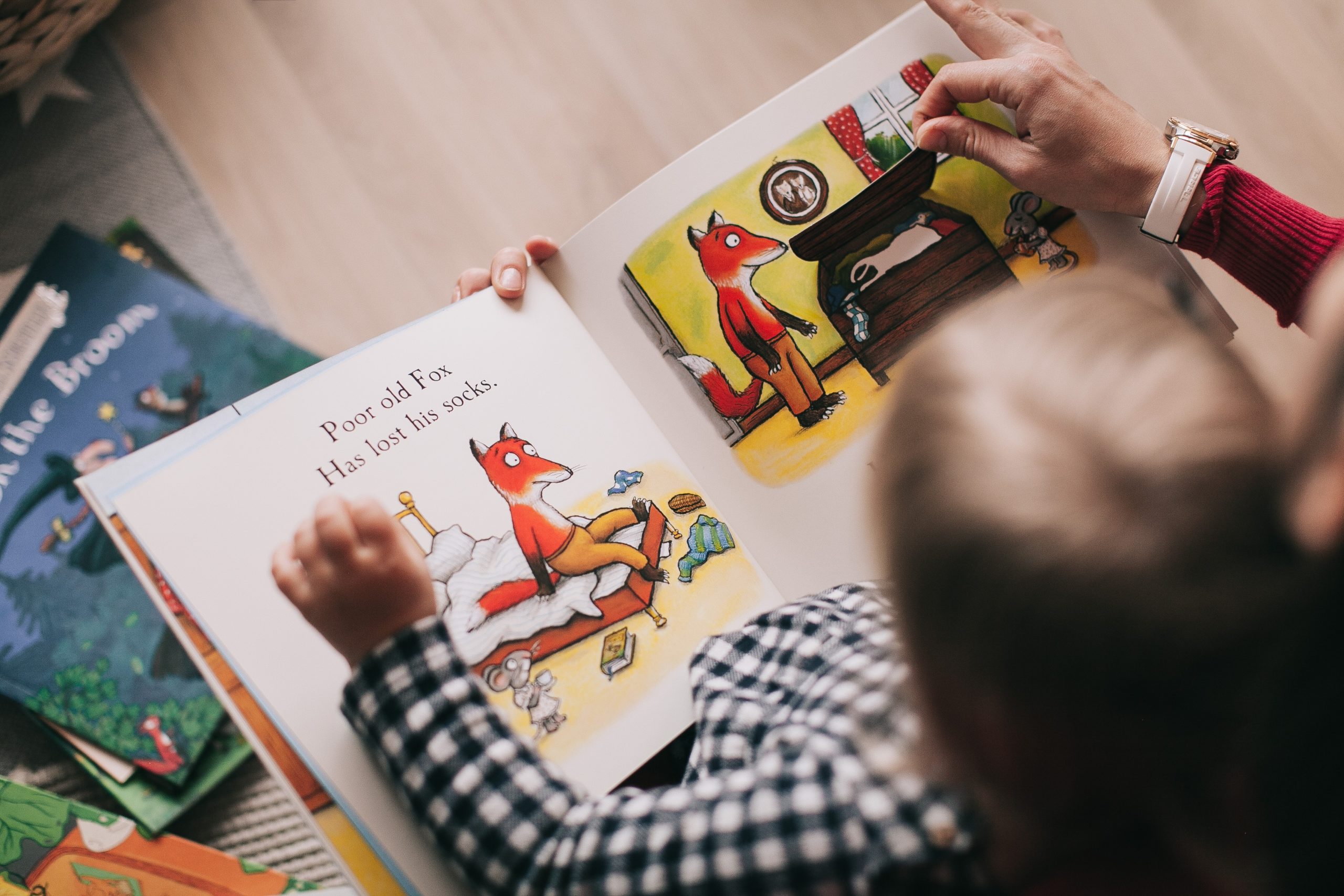 Only in a fallen world would an author like Dr. Seuss afford readers a biblical view of language while the man most responsible for influencing how Bibles have been translated since the mid-1960s deprive us of this very thing!

To mention Dr. Seuss is to think of books like Green Eggs and Ham and The Cat in the Hat. It is to recall, among many other things: the “Grinch,” “Lorax,” and “Zax;” “tweetle beetles” and “sneetches;” “blibber,” “biggering,” and “humpfted;” and sentence fragments like “house on mouse” and “fox in socks.”

In what way then does an author who resorted to nonsensical words and ungrammatical sentences provide us with a biblical view of language as opposed to Dr. Eugene A. Nida, the father of the theory of “dynamic equivalence,” who is primarily responsible for what has turned into today’s Bible translation industry accompanied by the empire of the Bible Societies? It is because Dr. Seuss wrote the following memorable sentence in Horton Hatches the Egg:

“I meant what I said, and I said what I meant…”

Whereas Dr. Seuss chose to emphasize the fact that words have meaning, Nida dedicated his life to attacking this very truth from 1936 until his death in 2011.

The Bible teaches that language is the ultimate form of self-expression. This is clearly seen in its very first chapter (i.e. Genesis 1) in which God speaks, implying that language and speech are inherent in God. Genesis 1:26 helps us see this more clearly as God communicated within Himself by means of speaking (“Let us make…in our image”), and is especially emphasized in John 1:1, which tells us that God was the Word (or, the Word was God). We also see in Genesis 1 that what God spoke is exactly what happened (e.g. “and it was so”). There was no discrepancy between God speaking and the subsequent action — God meant what He said, and He said what He meant!

When we come to Genesis 2, God communicated to Adam by means of speaking to him (Genesis 2:16-17) which Adam was able to understand (see Genesis 3:11-12). This implies that Adam had the innate capacity for language and speech which is a reflection of being created in God’s image (Genesis 1:26-27) which capacity, as already mentioned, is inherent within God’s nature. It was by means of language that Adam named the animals and expressed himself regarding his wife (Genesis 2:19-20, 23). Prior to the entrance of sin into the world when Adam spoke he meant what he said and he said what he meant. In so many words, words have meaning!

The first challenge we encounter to the truth that words have meaning comes in what the Devil said to Eve (Genesis 3:1, 4-5; cf. Revelation 12:9). The Devil’s initial questioning of God’s command in Genesis 2:17 is a subtle attack on God Himself by challenging the truthfulness of God’s words, followed by a direct contradiction of them in Genesis 3:4 (“You surely will not die!”). The implication is obvious — if God’s words cannot be trusted, God is untrustworthy and should not be obeyed. Although this is an incorrect portrayal of God, the Devil’s argument is based on the principle that one’s words are a valid indicator of the nature of the one who speaks them.

It is important to recognize that a lie only has power if the receptor understands the words so used to have meaning in their ordinary sense (or are taken “at face value”). If a person recognizes that the words being used do not have their ordinary sense, or that they are meaningless, then such a person cannot be deceived by them.

“Either make the tree good and its fruit good, or make the tree bad and its fruit bad; for the tree is known by its fruit. “You brood of vipers, how can you, being evil, speak what is good? For the mouth speaks out of that which fills the heart. “The good man brings out of his good treasure what is good; and the evil man brings out of his evil treasure what is evil. “But I tell you that every careless word that people speak, they shall give an accounting for it in the day of judgment. “For by your words you will be justified, and by your words you will be condemned” (Matt 12:33-37).

It is clear from this passage that one’s words are a valid indicator of the character or nature of the person speaking them. Even where words have been intentionally misused by the speaker (i.e. lying), one rightly concludes from this abuse that the speaker is evil, which if not revealed earlier, will certainly be made known on Judgment Day.

Language is indeed the ultimate form of self-expression. Consider the following statements about Jesus, the Son of God: “who is the image of the invisible God” (Colossians 1:15); “He who has seen me has seen the Father” (John 14:9); “No one has seen God at any time; the only begotten God who is in the bosom of the Father, he has explained him” (John 1:18). The Son of God is the image or self-expression of God because He is the Word of God. Since this is true of God, it follows that the same relationship between words and self-expression are also true of humans who have been created in His image.

Dr. Eugene A. Nida, in contradiction to the Bible and human experience, taught the following about language:

“No two people ever mean exactly the same by the same word” (Message and Mission, 89).

“no word ever has precisely the same meaning twice” (Theory and Science of Translation, 48).

“absolute communication is impossible” (From One Language to Another, 42)

Nida’s assertions, as does a lie, presuppose that words have meaning, even though he argues the exact opposite! If words do not have meaning as Nida believed, he should have been able to communicate this by some other means than language! The absurdity of his belief is further seen in his use of absolute language while claiming that absolute communication is impossible. In Numbers 16 we read about the rebellion of Korah, Dathan, and Abiram to the God-ordained authority of Moses and Aaron (vv. 1-3), yet it seems that Korah was unable to recognize that by making censers and burning incense he was yielding to Moses’ authority who is the one who gave him these commands (vv. 4-7)! In the same way, Nida, while asserting that words do not have meaning and that language is a deficient form of communication, nevertheless resorted to using language to convey these ideas.

“Words do count, even if some philosophers are skeptical about the possibilities of verbal communication.” (Gene Nida by Elena Nida, 40)

It is a travesty that it took Nida, at around 81 years of age and the start of an immoral relationship that he would be willing to recognize what all people take for granted whether they admit it or not, namely that words have meaning. Yet the damage that his teaching has left on Bible translation is enormous and there is no evidence that in spite of this admission about words having meaning that he ever walked back any of his teachings about language.

We are now living in the day where “Religious Idiom Translation” (RIT) is being openly taught and practiced by Wycliffe Bible Translators-SIL (WBT-SIL) and other professing evangelical organizations, institutions, and individuals. In RIT the text of the Bible is worded to the specific religion of a given people by using that religion’s technical vocabulary which is treated as if “idioms.” This results in the “Islamizing” or “Hinduizing” or “Buddhizing” of Scripture. I am especially familiar with a number of versions of “Muslim Idiom Translation” (MIT) where Father has been rendered as “Lord” or “Guardian”; Son or Son of God as “Beloved” or “Caliph of God”; where there is no distinction between YHWH and Elohim; where “Lord” in reference to Jesus is rendered by terms that intentionally seek to obscure His deity; and the insertion of the first half of the shahada, that is, the Islamic confession of faith (“There is no god but Allah”), which implies to Muslims the second half of it (“and Muhammad is the messenger of Allah”).

As Rick Brown (or, Richard Brown), of WBT-SIL, their most prominent literary proponent of MIT, wrote to me in an email regarding his support for non-literal renderings for Father and Son language:

“No cardinal doctrines are at stake, only traditions about wording, and the wordings are just temporary, a bridge to the Bible.”

Such thinking and MIT productions are the inevitable consequences of the acceptance of Nida’s teachings among Bible translators. To divorce meaning from words is to embrace an existence in which meaning can never be understood through the use of language. Such is not the teaching of the Bible, nor how humans truly exist.

Jesus, the Word, said what He meant and He meant what He said.