“Adam the Son of God”: Why Literal Meaning is Essential 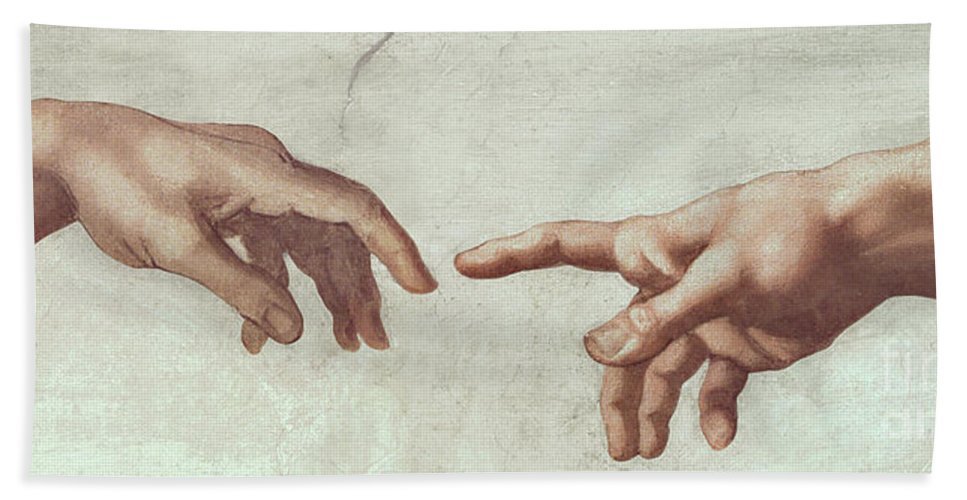 Some of the greatest gems of truth lie in the Bible’s genealogies. The end of Luke 3:38 contains one such treasure, equally exquisite for both its richness and rarity: “Adam, the son of God.” Inherent within this description of our very first forefather is a witness to God’s eternal nature and His original intention for humanity. It is also the lone exception where Scripture refers to anyone other than our Lord and Savior, Jesus Christ, as “the son of God.” 1

The Eternal Fatherhood of God

Our first consideration is the most obvious implication — God was Adam’s Father. One of the main purposes of genealogies is to show a direct connection to someone who was great such as Abraham or the founder of a tribe such as the twelve sons of Jacob. In the case of Adam, he had an even greater honor than any of these men (not to mention the rest of humanity) because he did not come from any human but directly from God Himself, the Creator of the heavens and the earth! The Bible’s teaching about the Fatherhood of God, therefore, is implicit in the creation of Adam.

It would be a grave error, however, to think that God’s Fatherhood began with the creation of Adam. Ephesians 3:14-15 reads:

“For this reason I bow my knees before the Father, from whom every family in heaven and on earth derives its name.”

From this passage we understand that the existence of family has its origin in God as Father. Prior to the existence of any earthly family, God was Father. The human family, therefore, with all of its subsets, was not the means by which God became Father but rather one of the ways by which His Fatherhood is reflected within creation (e.g. Isa. 63:16; 64:8; Mal. 2:10). Father is an essential distinction within the triune nature of God, a witness to His eternal nature and identity.

“Son” and “Father” — Neither of Biological Origin Nor Metaphors

These terms are not metaphors drawn from any son born of a father and mother nor any human father as if God were using imperfect analogies to help us better understand by approximation something about the relationship Adam originally had with Him. These terms are rather actual descriptions of their respective natures and identities. Though the terms “father” and “son” were (and are) subsequently used with reference to biological fathers and sons, their derivation, as seen in the above section, is found in the Fatherhood of God. This principle is consistent with what we read in Hebrews about the Tabernacle and human high priests each being a “copy” and “shadow” of “heavenly things” in which the physical is a limited reflection of its “true” or spiritual source (e.g. Heb. 8:1-5; 9:23-24).

The Image of the Son

Our third consideration is how Adam being the son of God deepens our understanding of what the Bible means when it states that God created man in His own image and likeness (Genesis 1:26-27). Like a mirror, Adam reflected God’s very image and likeness as the son of God. Within the created order of things a reflection requires the prior existence of that which is reflected. Adam’s creation as the son of God is therefore an implicit and wonderful witness to the preexistence of the Son of God whom Scripture affirms has always existed from eternity (e.g. Prov. 30:4; Mic. 5;2; Heb. 7:3).

From this and what has been stated above, we recognize that within God’s triune nature and identity are Father and Son who have always shared (and will always share) glory and love which Jesus referenced in His prayer on the night of His arrest (John 17:5, 24). The relationship between God as heavenly Father and Adam as His son was thus patterned after the eternal Father and Son relationship which according to Scripture must necessarily include the Holy Spirit which brings us to our next point (e.g. John 4:24; Heb. 9:14).

The Presence of the Spirit

Our fourth consideration is how Adam being created as the son of God coincides with his being animated with “the breath of life” (Gen. 2:7). This “breath of life” was from the Spirit of God who, as one of the eternal distinctions of the triune God, was present before creation (Heb 9:14; Gen 1:2) and directly involved in creating man as we read in Job 33:4, “The Spirit of God has made me, and the breath of the Almighty gives me life.” It is only when the Spirit inhabited Adam with something of Himself that he became “a living soul” (Gen. 2:7). This indwelling of the Holy Spirit is inseparably connected to Adam being the son of God.

Sons of God Under the New Covenant

Once Adam sinned he lost his privileged status as the son of God. He exchanged God’s Spirit for “the spirit that is now working in the sons of disobedience” because of his submission to “the prince of the power of the air (Eph. 2:2). Adam lost his relationship with God the Father as the Devil became his father (John 8:44; 1 John 3:8; cf. Acts 26:18). This devastation not only affected Adam, but as mankind’s representative, having squandered his inheritance, his offspring would also have no access to being sons of God by means of physical creation.

But as many as received Him, to them He gave the right to become children of God, even to those who believe in His name, who were born, not of blood nor of the will of the flesh nor of the will of man, but of God. (John 1:12-13) 2

Unfortunately, this treasure of “Adam, the son of God” is being intentionally hidden by professing evangelicals. As early as the 1970s, a Farsi translation of the New Testament, made by an American missionary and a native-Farsi speaker, rendered the end of Luke 3:38 as, “Adam who was from God” (or, “Adam who was of God”). This version would become Today’s Farsi Version, part of the Today’s English Version (TEV) family of versions which rely on Eugene A. Nida’s theory of “dynamic equivalence” (a.k.a. “functional equivalence”). 3 The reason given for this non-literal rendering was that the literal translation (i.e. “the son of God”) would result in “the worst possible blasphemy if used for either Adam or Jesus in any connection with God. It implies that God produced such through physical means [i.e. sex].” 4

This non-literal rendering was then adopted into the Dari New Testament by Zia Nodrat in the 1980s and retained for the Dari Bible (in the 2016 version it was modified to “Adam was created by God”). This has been followed by a number of “Muslim Idiom Translation” (MIT) versions in which the motivation behind these non-literal renderings is not limited to the fear of offending Muslim sensibilities but a commitment to the Insider Movement (IM) which demands the use of Islamic terminology in order to effect a “Jesus Movement within Islam.” 5 The following are typical examples: 6

The basis for believers being sons of God or children of God is found in the eternal relations of Father, Son, and Holy Spirit. This is evident in both the creation of Adam and in the new creation where believers in Jesus are adopted into God’s family. Truth, by its very nature, transcends all cultures. When God uses key wording such as “the son of God” (and “the Son of God”), its literal translation is not only possible into all languages but essential if we are to know the truth and be set free by it (John 8:31-36).