The Secret of Discipling 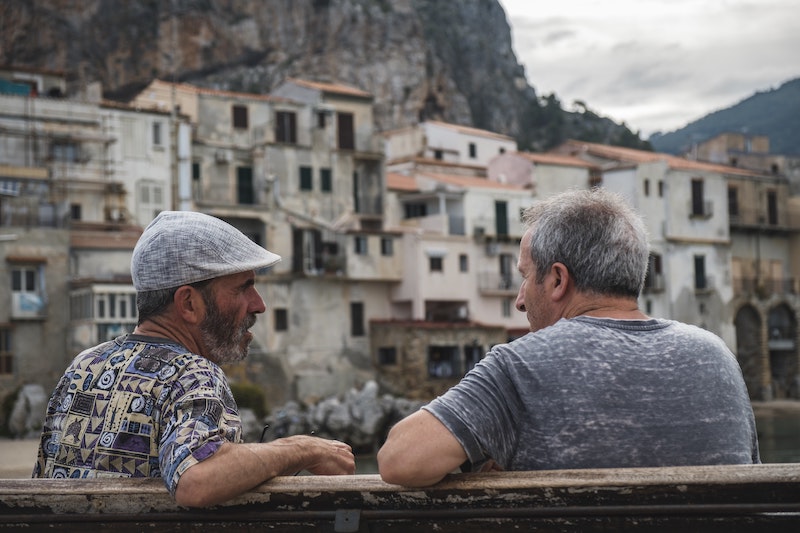 Why have we Christians turned discipling, the verb, into discipleship, the noun? I am a pastor of discipleship, but why am I not called a pastor who disciples disciplers? I suppose the answer to the last question is that the title would be more confusing than helpful. But discipling is what I really do. I don’t do discipleship; I disciple. Don’t you?

The English language is a wonderful thing. We can take virtually any noun and convert it to verb, or for you theologians, we proselytize nouns as verbal nouns. This process is called denominalization. So let me illustrate with two verbs:

That’s the nature of English. We’ve always changed nouns into verbs, but it can go the other way, too. We deverbalize verbs, neutering them into nouns. I think deverbalization removes impact from a word. Sure, it can create a novel word, but a verb denotes action; a noun is static and stationary. A verb is all about movement and process; a noun is category, place, or class. Here are two examples of what I mean:

To my ears, the movement from a verb to a noun is often ugly, whereas changing a noun to a verb is classy. So why is the verb to disciple changed into the noun discipleship? It might be that we don’t really understand what discipling is or what it looks like. So in my next few columns I want to flesh this out a bit (see how I took the noun flesh and denominalized it? Cool, huh?).

That’s pretty anticlimactic isn’t it? Truth often is. But there truly is no secret. There’s no formula. There’s no magic key. There’s no guaranteed process. There’s no one program that works in all places every time.

Look, we are not dealing with alchemy and inert minerals, but with human beings. If humans were static like words on a page; if the entire human race were as uncomplicated as the male brain—after all it was we men who invented the uncomplicated response to all feminine lines of inquiry, “Whatever”—or if humans were simply single-cell organisms, there might be a key or formula for guaranteed success. But being made in the image of God, we are not simple or uncomplicated; far from it. So discipling is messy and complicated.

The secret of discipling is that there is no secret. And now you know the secret. But there are some things I’m learning as one who pastors disciplers. And I’ll pass on these lessons in the coming columns. In the meantime, brush up on your denominalism and chill out on the deverbalization (“brush up” is a denominalization in case you were wondering).

No nouns were harmed in the writing of this column. Nouns understand they can easily become verbs; it’s natural. On the other hand, verbs are rather touchy about losing their action and motion, proving to be rather punchy when abused. So please treat your verbs carefully. You never know when you’ll need to shout, “Jesus, help!” You don’t want it to come out as “Helpness!”

In the previous section I introduced the idea of discipling, but I deliberately did not define what it means. Now I will define discipling and offer my first observation about the process.

It’s helpful to first think about what discipling is not. Discipling is not a goal—“Yeah! I’m finally discipled.” It’s not a race with a finish line to cross for all to strain toward as they try to gain the prize. Discipling is not about reaching perfection—“Now that I’m discipled, I’m probably the most perfect Christian I know.” That’s just obnoxious. Discipling doesn’t mean simply knowing a bunch of Christian stuff. It doesn’t mean you can beat all your friends at Christian trivia like, “Where was Solomon’s temple located?”* Discipling is not accomplished in a classroom. Having sat through countless Sunday school classes in my adult life—and having taught most of them—I know that the end result of such classroom instruction is not discipling, but listening. Big difference.

So what’s discipling? It’s growing in Jesus. Discipling is something we do every day rather than merely on Sunday or Wednesday night. Discipling is about living for Jesus, loving Jesus, obeying Jesus, not simply knowing the books of the Bible forward and backward. Discipling is walking hand-in-hand with Jesus as we walk shoulder-to-shoulder with brothers and sisters in Christ.

My first observation, then, is that discipling is a verb, a word of action, a process, a daily activity. And it’s not an individual activity. Discipling is not a deck of cards for solitaire, but a deck of Uno cards. Can you play Uno by yourself? No more than you can disciple or be discipled by yourself. Discipling is done with others, to others, for others, and with others. In a previous column I wrote about one-anothering. I encourage you; you encourage me; we encourage each other. This is one-anothering, and it’s a large part of discipling. Discipling one another is done anywhere: the supermarket, the oil rig, a restaurant, waiting at a crosswalk, walking the dog, eating ice cream, fixing a flat on the car—as long as someone else is present to do the one-anothering with. My point here is that our one-anothering does not simply happen on Sundays, but it must happen with intention during the week. We all know that real life happens from Monday to Saturday. On Sundays most of us get cleaned up and act nicely, but come Monday morning when we have to scrape the mold out of our coffee cup at work, put more paper in the copy machine, and then listen to the annoying voice of that other guy in the cubicle next to ours, that’s when we really need the stuff that makes up one-anothering.

Matthew 6:33 is a great verse to help us understand discipling. “Seek first the kingdom of God and his righteousness.” “Seeking” is a word of discipling. Seeking means to search for, to aim at, to strive for, to inquire, to investigate, to require, to need, and to demand. When we seek the kingdom of God we endeavor to get to the bottom of it; we want to understand it; we want to experience it; we desire a closer relationship to Jesus.

Jesus is the great example of a “seeker.” In Luke 19:10, the parable of the lost lamb, Jesus seeks to save the lost. So we should seek the kingdom with the same fervor as Jesus who seeks after the lost. A disciple is discipled to strive to gain, to inquire after, to get to the bottom of what the kingdom is all about.  And we seek the kingdom best when we do it with others. Do you encourage your disciples to be seekers, actively searching for and investigating the king, the kingdom, and all that God is doing? You do have disciples, don’t you? You are discipling, right?

*The answer to the location of Solomon’s temple: on his forehead, of course!

In this final section on discipling I want to offer my last observation about discipling. In my first column I suggested Americans have turned discipling inside out because we don’t really understand discipling. The second part explored the idea that discipling is a verb, that it’s something we do, not a state or condition to attain. In fact that “something we do” is growing in Christ, and learning to love Jesus more. But not only is discipling a verb, an action, and process—get ready, I am about to contradict myself—discipling also has noun-like characteristics. We do call it discipleship after all. Yep, discipling is a verb and a noun! It has the characteristics of both.

Here’s what I mean. Discipling is process—learning to follow Jesus—but there is also content to that process. Some might liken discipling to learning to walk. The problem with that analogy is that there is a time when you don’t need to learn to walk any longer. You’re a walker (and I don’t mean a zombie). Here’s a better analogy than walking. The process of discipling is more like learning to speak a language. If you’re like me you’re learning new words every day. Just the other day I learned about crepuscular rays—that’s twilight in English. I’m constantly learning words even though I already speak the language, and that’s exactly my point. Discipling is a process of constant learning, growth, stretching, trial-and-error, falling down and getting up again. But what is the nounish (there’s a new word I just made up) aspect of discipling?

You don’t just learn to follow Jesus with an empty mind. Heavens, we already have enough empty-headed Christians; we don’t need any more. There are things we need to know as disciples of Jesus. Does supralapsarianism make the list? Does an understanding of monergism vs. synergism make your criteria? Is it necessary for you to have the ability to flesh out the history of the canon of scripture? And what about the ever-important theologically heavy concept of Pelagianism?

I hope you caught my sarcasm. None of these real—and important—doctrines make my list of things necessary to love Jesus. So what does make the list? Let’s allow the New Testament to tell us: “that I may know him and the power of his resurrection, and may share his sufferings, becoming like him in his death “ (Philippians 3:10). As a disciple you don’t so much know “stuff” as you know Jesus: “that I may know him.” I know my wife, but not because I know lots of stuff about her, but because I have experiences with her. We have four children together. We lived through a war in Africa together. We share experiences with refugees, politicians, and soldiers. We have common experiences with snakes, hedgehogs, rats, cats, dogs, and chickens. I know her because we have a relationship. Similarly I know Jesus, and he knows me, because not only has he created me, but we share common experiences. A disciple knows Jesus—not simply answers to trivia about Jesus.

And a disciple knows “the power of his resurrection.” This power is not just about healings and miracles. There is another miracle that is associated with the resurrection: the forgiveness of sin, the removal of your guilt, the reestablishment of your honor, and the initiation of your new life. A disciple experiences forgiveness of sin not by saying, “I’m sorry.” Confession is telling God the truthfulness and direness of your condition, the nature of your actions. The disciple is not deceived into thinking he or she is somehow good enough to please God. The power is his resurrection, not our goodness.

Discipling is growing in Jesus. Discipling is experiencing Jesus in the everyday, mundane, common events of life. A disciple just wants to hang out with Jesus; be with him; talk with him; listen to him. A real disciple wants to be discipled by the Great Discipler.