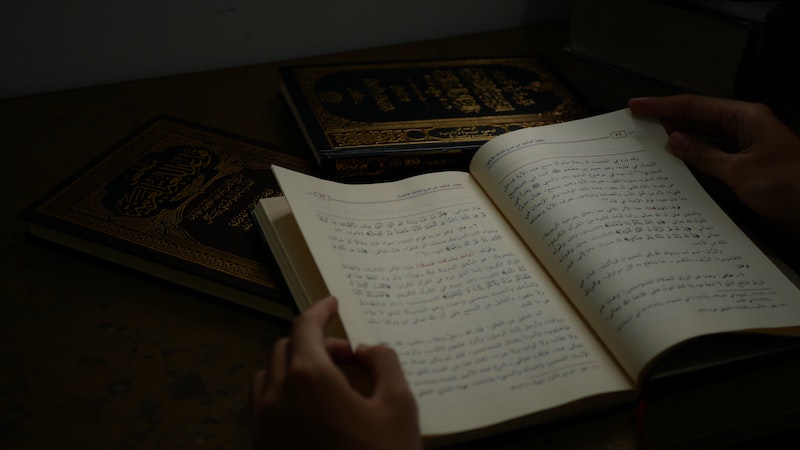 A number of Coptic and Evangelical churches and organizations in Egypt recently released public statements condemning The True Meaning of the Gospel of Christ, a “Muslim Idiom Translation” (MIT) of the Gospels and Acts, its companion volume, The Bold Proclamation of the Apostles of Christ (Romans – Revelation), and two other related books, An Eastern Reading of the Gospel [of Luke], and The Sufi Reading of the Gospel of John, both of which are presented as commentaries on the books of Luke and John, respectively. Other Arabic-speaking Christian groups have also joined in this condemnation.

Their condemnation follows along two lines: the first has to do with liberal and anti-biblical statements in the commentaries and supplementary materials; the second with the Islamized rendering of the texts of The True Meaning of the Gospel of Christ and The Bold Proclamation of the Apostles of Christ. For instance, the Lebanese newspaper, Al-Nahar, wrote in an online article published on July 10, that the Coptic “Faith Protectors Association” refers to The True Meaning of the Gospel of Christ as a “corrupt translation” that “results in the corruption of the Christian faith. It syncretizes Christianity with the Nestorian teaching that denies the deity of the Son.” The Bible Society of Egypt released an official statement against this same publication which included a “strong disapproval” for “some of the vocabulary and terms used in this publication which lead to the moving away of many from the faith.”

Of the 15 other statements known to the author — each from separate organizations — perhaps the one from the Brethren Church in Egypt best expresses how many Christians feel:

The Assembly of the Brethren [Church] in Egypt strongly rejects the vicious, systematic attack in the attempt to take away the deity of Christ which is the most sacred [belief] of Christianity. Further, the attempts to create doubt about the literal inspiration of the Holy Bible is extremely reprehensible, which [i.e. doubt] became the basic goal of Satan’s attacks. We also strongly reject human flattery at the expense of divine truth.

We therefore reject and warn against the planned circulation of [these] four books in libraries [and/or bookstores]. Their titles appear [as follows]:

1. The True Meaning of the Gospel of Christ

2. The Bold Proclamation of the Apostles of Christ

3. The Eastern Reading of the Gospel

4. The Sufi Reading of the Gospel of John

“Every word of God is tested; he is a shield to those who take refuge in him.

Let then our hands be strengthened that we may be faithful until the end since the end of all things is near.

These publications originated from the missions organization Frontiers, founded by Greg Livingstone and based in Phoenix, AZ. All four of them — as well as a liberal commentary on Genesis — were part of the “Library Project” which was a fundraising venture to place these books in Middle Eastern libraries and bookstores. Additional funding was also raised for each individual title, sometimes by a special project name, such as “The Lighthouse” for the translation of the four Gospels and Acts, a.k.a. The True Meaning of the Gospel of Christ, with additional parts of the Bible to follow (such as The Bold Proclamation of the Apostles of Christ). 1

The “face” for these publications is Frontiers’ member, 2 Mazhar Mallouhi, a self-professed “Sufi Muslim follower of Christ, 3(which are offered for sale through his Lebanese publishing company, Al Kalima). Mallouhi’s efforts to merge Islam with Christianity in his own life as well as in Scripture “translation” are consistent with the teachings of Dr. Charles Kraft who taught at Fuller Theological Seminary for over forty years. Mallouhi attended Fuller in the 1970s where Kraft zealously taught cultural relativism with a heavy reliance on the writings of Dr. Eugene A. Nida, especially the latter’s theories of “communication” and “dynamic equivalence” (a.k.a. “functional equivalence”). Kraft explicitly advised against using “Father” and “Son” terminology in witness to Muslims and advocated for “Muslim Christians” and “Muslim Christianity.” It is little wonder that in such an environment three other Fuller students from the 1970s have also gone on to produce MIT versions of Scripture. 4

According to Al Kalima’s website, The True Meaning of the Gospel of Christ was also “a collaboration with SIL,” the parent organization responsible for Bible translation out of which Wycliffe Bible Translators was birthed in order to raise financial and missionary-personnel support among evangelicals for its work. 5

Through materials distributed by Jeff Hayes, of the Common Ground conferences that promote the “Insider Movement” (IM) in “witness” to Muslims, he identified himself as having “significant input” into The True Meaning of the Gospel of Christ. They also identify a member of WBT-SIL, using an assortment of pseudonyms, as being involved in this publication. 6

Turning A Blind Eye To The Corruption Of Scripture

Since 2009, I have produced a number of charts showing some of the egregious renderings found in the first edition (2008) of The True Meaning of the Gospel of Christ and subsequently, its revised edition (2017) and companion volume, The Bold Proclamation of the Apostles of Christ. 7

In 2012, the Biblical Missiology website launched a petition urging various missions leaders to retain “Father” and “Son” terminology in Bible translation which was due in large measure to the contents of The True Meaning of the Gospel of Christ. Further information on all three of these volumes can be found in my thesis and this article.

In November 2016 I provided comprehensive charts regarding the renderings for “Father” and “Son” terminology for these MIT versions to the “Divine Familial Terms Oversight Group” (Oversight Group) of the World Evangelical Alliance. 8

In spite of non-literal renderings or additional Islamic wording added to the literal terms, this committee did not publicly reverse its internal “positive” assessment for these publications given to the above-referenced member of WBT-SIL and a Middle Eastern colleague. It is important to note that Dr. Ekram Lamie Hennawie (a.k.a. Dr. Ekram Lamie) a member of the Oversight Group also served as one of the named members of the translation committee for both the revised edition of The True Meaning of the Gospel of Christ and The Bold Proclamation of the Apostles of Christ. 9

The lack of individual and corporate repentance from these organizations along with the relative silence of professing evangelicals in the West stands in sharp contrast to the visible Church in Egypt. One such example is from YouVersion, the popular Bible app, and its companion site, www.bible.com, which offers both of these MIT publications in digital form under the single name, “True Meaning Arabic,” identified by its code, “TMA.” A former Muslim from Saudi Arabia sent me part of his correspondence objecting to the Islamization of its text with specific examples. YouVersion stated that it forwarded his objections to the copyright holder in keeping with their policy to not take any responsibility for the wording of versions which appear on its app and companion website. The copyright holder — which is obviously committed to producing MIT — did not respond to this former Muslim’s complaint. 10

One wonders why YouVersion continues to make available Islamized Scripture that has been brought to its attention. Perhaps the conflict of interest posed by the presence of the Executive Director of YouVersion, Brian Russell, who is also a member of WBT-SIL and has ties to North Africa, which is predominantly Muslim, provides a potential answer to this question. Regardless of their reasons for not pulling this MIT from its site, at this present time, in addition to the True Meaning Arabic New Testament, YouVersion also offers at least two other MIT versions in Arabic, the Sharif Bible (SAB) and The Good News Arabic/Shared Translation (GNA/المشتركة), all three of which incorporate the first part of the shahada, that is, the Islamic confession of faith (“There is no god but Allah”) into the text. It is through the repetition of this phrase in Arabic, along with the second part (“and Muhammad is Allah’s apostle/messenger”) is how one converts to Islam. Based on their stated beliefs, it would not seem that Life Church (Life.Church), which is responsible for YouVersion, believes that the Holy Bible is a “praeparatio islamica,” that is, it prepares people to convert to Islam or that it teaches that Muslims can remain in Islam in order to be saved. In practice, however, this is what they are doing by making these versions available.

Another major component to this sinful compromise seems to be related to Every Tribe Every Nation (ETEN), the organization that provides YouVersion/www.bible.com with its digital database. ETEN was founded by Mart Green of Hobby Lobby and Mardel Christian & Education stores. Its current leadership includes members whose organizations are actively producing MIT versions.  In other words, the commitment to the corruption of Scripture via cultural relativism is entrenched in the world of Bible translation. This is nothing less than the practical abandonment of the belief in the divine inspiration of Scripture.

The current uproar in the Arabic-speaking world is the direct result of the production and distribution/availability of these MIT versions, which only represent but two such versions. The pressure that MIT places on the visible Church in Egypt and among other native-Arabic speakers is very difficult to appreciate unless one lives (or has lived) in a Muslim-governed and Muslim-majority society. Muslims have long accused Jews and Christians of changing the text of Scripture. With the rise of MIT, from the Muslim point of view, they now have “proof” for their baseless accusation. These Western missions agencies responsible for MIT and its distribution/availability now pose a greater and much more sinister threat to the visible Church among Arabic speakers than all of the discrimination and persecution that they face at the hands of Muslims.