The Danger of Focusing Only on Unreached People Groups Part 1 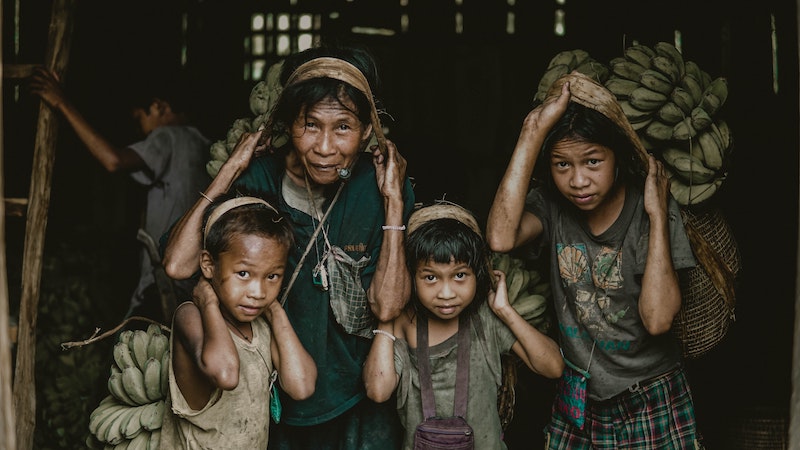 No one has the right to hear the gospel twice, while there is someone who hasn’t heard it once

Occasionally it hits me just how much that quote has shaped my life. For one, when I signed up to serve overseas after college, there were only three places I would even consider: China, Ethiopia, and India. They were, at the time, the most unreached places I could think of. All it took was that red-dotted unreached people group map—I mean, India looked like it was lost and had severe chickenpox. Unreached. Less than 2% Christian. Why would anyone else deserve to hear the gospel when they hadn’t? It definitely made the decision easy.

The quote also showed up when I finished that term and came home. In short, I was miserable. I went from church planting in the heart of lostness to flipping fries at a mall Chick-fil-A in the most gospel-battered country in the world. It felt like everyone around me had heard the gospel a thousand times. As one who had identified myself as a true missionary, meaningful life and ministry had come to an end. I had to get back where I could live on mission. I had to get my obedience off pause.

But I haven’t made it back. And while I’ve lingered, my missiology has been forced to develop beyond the scribbles of my brief overseas experience. With all due respect to Pastor Oswald J. Smith and his mobilization of hundreds of missionaries, missions is more than a formula for deciding who deserves to hear the gospel. With heartfelt props to missiologist Ralph Winter and his timely role in moving us beyond reaching geopolitical nations, missions can no longer focus only on unreached people groups. Inevitably someone will read this and say that I am anti-unreached peoples, and that I have a demon. Neither is true. I know this is sacred ground. Yes, I do tremble.

However, thanks to tinkerers like Ernest Goodman and his volatile missiological commentary, Missions Misunderstood, I am not the first to venture such talk. In his words,

Don’t get me wrong, I believe that people groups are a great way for us to organize our missionary efforts. I agree that different peoples need different kinds of ministry and communication…But the Unreached People Group philosophy held by groups like the Joshua Project and others isn’t the only way to understand missions. In fact, I think there is a better and more biblical way.

What could possibly be wrong with focusing only on the unreached? And how could there be a better and more biblical way? There but for the grace of God, go I…

When we focus only on unreached people groups, we suggest the return of Christ depends on us.

The missiological doctrine of reaching ethnolinguistic people groups doesn’t usually stand alone. It has an umbilical cord that’s fed by the eschatological doctrine of Christ’s second coming. The leverage point is Matthew 24:14, which says, “And this gospel of the kingdom will be proclaimed throughout the whole world as a testimony to all nations, and then the end will come.” The assumption we’ve made is when the last of the panta ta ethne (ethnolinguistic people groups)believes the gospel, say, the last unreached tribe of Papua New Guinea, then Jesus can return. The problem with this isn’t dispensation, it’s dependence. It makes the mission of God and the return of Christ dependent on us. Responsibility makes for great missions hype. But manufactured hype stays helpful about as long as a disconnected branch stays fruitful. And it ignores Jesus as he says a few verses later, “that day or hour no one knows, not even the angels in heaven, nor the Son, but only the Father” (v. 24). The nature of the chapter didn’t seem to be for his disciples to rewrite the playbook, but to trust the Coach. They were expecting him in their generation (v. 34). When we say every people group must be simultaneously reached, we’ve made Christ’s return a moving target that keeps him at a safe distance in the future.

When we focus only on unreached people groups, we ignore the blurring of ethnolinguistic lines.

Thinking in terms of unreached people groups has been helpful because it made sense out of an overwhelming task. Yet we are wearing a missiological mullet if we think the paradigm still perfectly fits the world we live in. Movements like populization, globalization, urbanization, and migration are throwing change at us faster than the eighteen internationals who just passed us in the cereal aisle. Yes, the gospel can cut like butter through mono-ethnic, mono-linguistic groups. But when we live in an apartment complex with fifty people groups and one hundred languages, or in a small town where third-generation Somalis who work at the chicken factory speak better English than us, maybe multi-ethnic church is more than just the latest cultural hashtag. David Sills adds flavor to the topic this way: “The crashing together of worldviews and cultures results in a global stew that changes the ingredients as they steep” (43). Trying to engage a single people group is like trying to pull out just the potatoes from the stew. It “ignores the reality of dynamic, changing social structures. The reality is that people groups die out, merge, and emerge all the time. More and more, formerly ‘reached’ groups are falling back into the ‘unreached’ category. Unfortunately, people group thinking doesn’t have room for anything but a static world” (Goodman).

When we focus only on unreached people groups, we deemphasize places where the gospel has been forgotten.

In Romans 15 Paul exemplifies the importance of unreached, unengaged peoples: “It has always been my ambition to preach the gospel where Christ was not known, so that I would not be building on someone else’s foundation. Rather, as it is written: ‘Those who were not told about him will see, and those who have not heard will understand’” (vv. 20-21). He uniquely pioneered the gospel into new territories, which is why he wrote Romans as a missionary support letter in getting to Spain. Yet this does not define the gamut of missions engagement, especially in a world where the gospel has been blazing trails for two millennia. The kingdom of God can’t be chained down—for a visual just visit the seven churches of Revelation sprinkled across modern-day Turkey, or the churches-turned-mosques that pepper Istanbul. The kingdom is always on the move. Today many “new frontiers” are actually old ones. The people group I worked with overseas had received the gospel in the fourth century. Though I was once proud to be the tip of the spear in the 10/40 window, I now admit I was simply part of a renewal movement. In terms of missions history, as a North American I was more exotically ends-of-the-earth than they were. Paul Borthwick refers to this as “the Great Transition,” where the global church sends missionaries from everywhere to everywhere. That’s why the gospel must also go back where it’s been forgotten. Because God is leading his church there too.

When we focus only on unreached people groups, we turn calling into a hierarchy.

Earlier this year David Platt made a stirring statement that was retweeted and favorited over a thousand times: “Unreached peoples are unreached for a reason. They’re hard, difficult, and dangerous to reach. All the easy ones are taken.” In less than 140 characters Platt prophetically punched us with the importance of those who haven’t heard. What a jolt that we need! And along with it we must remember that “the church is on a journey, not in a box” (Adeney, 33). Missions is faraway places with cannibals and jihad and malaria. Yet it’s also wherever Christ has sent you. Missiology that says otherwise is dangerous. It’s not second class to land in a place where pioneer missionaries have orphaned Christians by moving on without discipleship or healthy churches. It’s not necessarily less difficult to end up in a more developed place with people who are more affluent than we are. A few years ago a church planter in Mexico wrote an article on this topic that went viral. What he said deserves another round:

Our traditional way of doing missions has nearly always involved us reaching people poorer and less fortunate than ourselves. This allowed us to use our money, our education, our status, our medicine or our abilities to access the people we were seeking to reach. None of this works when the people we are seeking to reach have more money, more education, and a higher status than us. Reaching the upper class will require new and innovative ways of doing missions…Are we ready to show grace to the greedy, corrupt business owner in the same way we show it to the drug-addicted prostitute? Are we ready to view the crooked politicians in the same way we view the inner-city gang members: as depraved sinners in need of a Savior? Are we ready to love them? Are we ready to serve them? Are we ready to give our lives to reach them? Jesus is.

What if we let God determine the hard places he wants us and our churches to engage? It might be across the tracks in the inner city or down Fifth Avenue in New York or around the demilitarized zone in North Korea. This article is by no means a plea to pendulum-shift missions into a new paradigm. It’s not a fight for the right to strategize however we please. But it is a plea for our churches to cry out to God for his leadership in his mission. Goodman named this “callsourcing“:

If unreached people groups in certain regions of the world “trend” in our collective consciousness and prayers, that’s God leading us. If our next-door neighbors make us aware of the spiritual need in their home countries, that’s the Holy Spirit giving us direction. We, the church, can know the will of God for our missionary efforts by listening to His call. The resulting direction would be vastly superior to our categories and statistics. “Callsourcing” forces us to start with utter dependence on the Holy Spirit for guidance and leadership.

Call it whatever you like. God has privileged churches with the right to call on him for direction. And he alone has the right to send us wherever he wants.

Originally published by the Upstream Collective. Reprinted with permission.