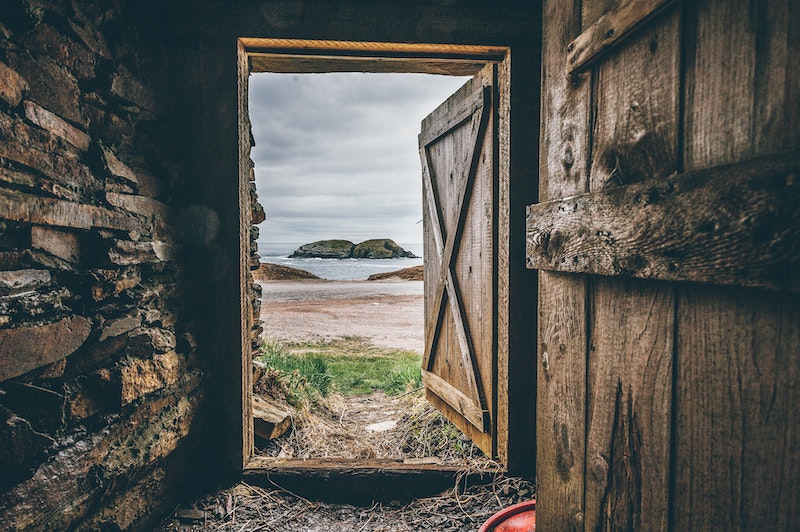 Insider Movement (IM) advocates arrive at their conviction by a variety of different ways. For example, the behavioral sciences are viewed as furnishing a hermeneutical key that unlocks both the Bible and the door into other religions. Other advocates of IM are bare pragmatists and find in IM a possible solution to reaching resistant peoples when all other options have been tried and apparently failed. Still others are universalists and see in other religions a spark that will spontaneously ignite into “christianities” of different forms. Then there are the ecumenicists outside of the evangelical camp who see the lines between Christianity and other religions as blurred beyond recognition. Lastly, there are the pietists who do not concern themselves with doctrine and perceive IM as a movement of the Holy Spirit authenticated by astonishing anecdotes. Some advocates are open to any of these avenues while others are more selective.

This diversity of streams that lead to adopting an IM view represents a challenge to the critic who would appropriately seek to follow IM back to its philosophical source and contrast it with Biblical Christianity. If the critic follows one IM tributary it will inevitably be to the neglect of others. The consequence of such a selective approach is that at least one contingent of IM advocates will be exonerated and IM itself will remain a viable methodology, however qualified.

What, then, is the philosophical core of IM? There is no such core. In other words, there are a variety of theological systems that, when implemented, can be identified as promoting IM. This essay will not attempt to challenge any of these systems but rather will address what they all share in common.

Such a bold and categorical statement demands a clear definition of IM. A variety of definitions has been put forward by IM advocates. Most of these definitions appear relatively innocuous and reasonably orthodox. While all of them are helpful articulations, none of them offers a full disclosure — and anything less than full disclosure on issues central to the gospel represents deception of the highest order (Gal 5:7-12).

This is not to implicate all equally since most IM advocates are merely flowing with the stream of their particular theological system and are only moving slightly further downstream from their theological predecessors. 1 Due to this lack of full disclosure IM cannot be dealt with on its own terms. If clarity is to be achieved a definition based on the Scriptures is necessary.

Definition: IM affirms that a Christian ought to retain the identity of his socio/religious background.

IM denies that a Christian ought to assume a Christian identity. Central to this definition of IM is the matter of Christian identity. IM advocates will never agree to this definition because of a fundamental misunderstanding of identity. Identity according to the Bible is first of all objective and corporate. All of humanity as image of God is sub-divided into two and only two ultimate classifications, both of which are historical. One corporate identity has Adam at its head and the other has Christ. The former is the de facto identity of all of humanity. The Holy Spirit, uniting the believer to Christ at the point of his regeneration, ensures that there is no middle ground. The subjective experience of identity, however variable, cannot be divorced from this objective reality. Thus it is proper to state that a Christian has a singular ultimate identity, which is in Christ. An individual identity derived from the corporate — in being baptized into Christ’s body.

This in-Christ identity is a spiritual identity. To speak of a “spiritual identity” does not imply Platonic, Aristotelian, or Kantian dualisms which allow for two independent realities. Rather, spiritual identity refers to the ultimate, holistic, and comprehensive identity wrought by the Holy Spirit. It is a “reality on the ground” embedded in the concrete historic events of death with Christ to what was prior and resurrection with Christ to newness of life. This identity that can be studied by the sciences but cannot be fully comprehended by them because it is resident in the age to come. It is an identity which is exhaustively defined in the nature of its relationship to God. The Christian is a covenant-keeper in Christ which is in utter and complete contrast to the prior identity of covenant-breaker in Adam.

The in-Christ, covenant-keeping identity is visible and tangible. It is displayed in the person of Christ, the God-man, who obeyed the law of God perfectly from the heart. In rejecting a Docetic Christ what is being affirmed is that he obeyed as a man among men. So too the body of Christ, the Church, is being brought to visible unity and holiness as an institution in the world.  Consequently, each individual believer is being visibly conformed to the likeness of Christ. Identification with Christ is life-encompassing and includes suffering, ethics, knowledge, church membership, and “the outward and ordinary means whereby Christ communicateth to us the benefits of redemption.” (Westminster Shorter Catechism Q&A 88) Specifically, preaching and the sacraments are at the center of the growth of the Christian in visible distinction from the world and visible identification with Christ.

IM advocates object, “What about multiple identities? Is it not possible for a Christian to also be an American? Or a Phi-Beta-Kappa? Or a thespian? Or a Hoosier? Or a Presbyterian? And therefore also culturally Muslim?” The first answer is no. There are only two identities as articulated above. However, this is not the only answer. Christians must assume temporal identities because they are fully resident in this world, even as Jesus was. However, such identities must be appropriately qualified and can never be equally ultimate or in any way in conflict with the Christian’s all-encompassing in-Christ identity. Light and darkness cannot coexist and “everyone who believes in me will not remain in darkness.” Clearly it is not possible for a Christian to also be a Muslim. The two are different trees growing from entirely different root systems; one being the Triune God of the Scriptures and the other a monad. In the question above, by appending the word “culture” to Muslim the IM advocate blurs this antithesis.

Is it possible for a Muslim Background Believer (MBB) to continue to live in his Muslim society?  This is how the issue is often framed by IM advocates, causing a confusion of categories. In this scheme, Christian is not contrasted with Muslim nor “Christian society” with “Muslim society.”  Rather, the emphasis is placed on the overlapping categories of “Muslim background” and “Muslim society.” The question itself is a set-up. What lies behind it is not only a set of presuppositions but also a veiled imperative. An example of the veiled IM imperative is that the Christian, if he or she has historic ties to the Muslim society in question, must continue to live in identification with that society in order to be considered a faithful Christian.

Note that this is not simply an imperative that the Christian be a witness but rather incorporates a particular method of witness with far-reaching implications. According to IM, if the Christian fails to identify with that society, except for some unusual circumstance, he or she is in some way disqualified. This is the background to the “ought” in the definition of IM offered above. At best, this is an unjustifiable imperative arising out of well-intended evangelistic strategy. At worst, it is forcing converts into compromising situations; a sin which elicits one of our Lord’s most frightening condemnations (Mat 18:6).

Due to this common grace it is often the case that Christians are not martyred but are rather permitted to be living witnesses. This is likewise the case in Muslim society. Toleration, to the extent that it exists, is not because of the Muslim society itself but because of God. The Christian in a Muslim society, as in any other society, is obliged to live a life of integrity and faithful gospel witness, depending on God to watch over him or her and to bring fruit from this witness. Integrity and faithful witness will inevitably result in persecution which must be endured — though at times the wisest thing to do is to flee (underground or to another society). Compromising visible identity in Christ is never an option. IM always insists that it is.

Reprinted with permission from Reformation21.org. You can view the original article by Philip Mark here.

Philip Mark is a longtime missionary in Muslim lands.