HeGetsUs.com Strikes Out in Its Baseball Messaging 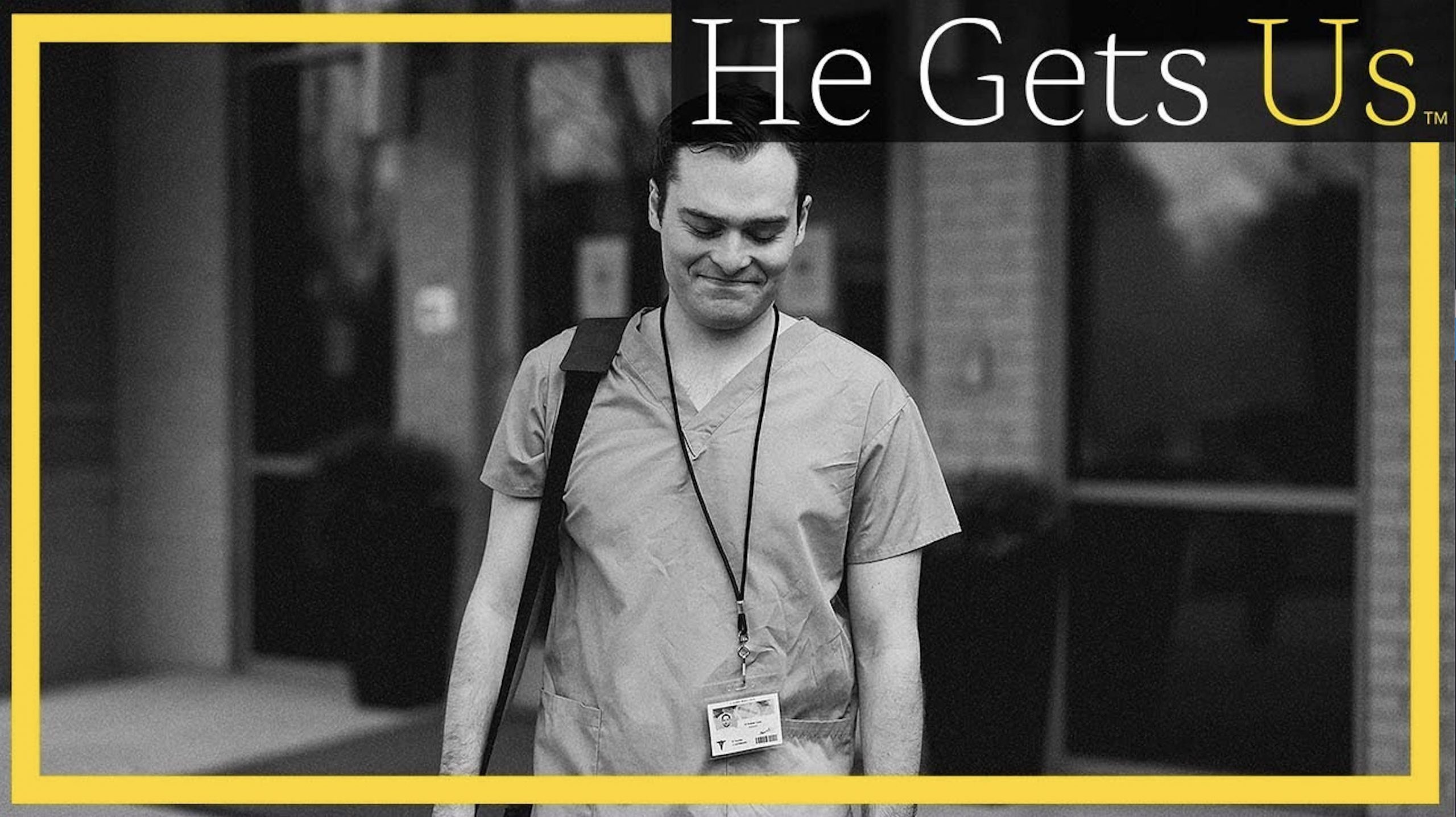 If you are wondering what connection baseball has to do with this website, I am sure that you are not alone. On July 5, I was watching the New York Yankees play against the Pittsburgh Pirates, hoping to see the Yankees mount another comeback win, which unfortunately for Yankees fans like me, did not happen. Of much greater concern, however, was an advertisement in the bottom of the 6th inning: a message from the $100 million ad campaign hegetsus.com.

Using a green screen, the following message was displayed:

The following picture from a different baseball game provides a good shot of the ad: 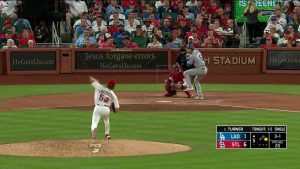 The very reason that Jesus came into the world was to take away our sins:

In fact, the name, “Jesus” (or, Joshua) means “YaH saves” (i.e. the LORD saves) which saving has to do with salvation from sins:

“She will bear a Son; and you shall call His name Jesus, for He will save His people from their sins.” (Matt 1:21)

Sin is disobedience to God’s commands. An error is merely a mistake. To say, “Jesus forgave errors,” is not a faithful proclamation of the Gospel but an entirely different message, one that is not at all biblical. By replacing “sins” with “errors” in its ad, hegetsus.com is presenting a message that is not only easily disregarded by most people, but offers no true hope for those who may be broken-hearted over their sins. Such people need to be given the correct diagnosis for their condition – namely, that they are sinners – that they may seek the sole solution for it: faith in and repentance towards our Lord and Savior, Jesus Christ, who died on the cross for our sins (1 Cor 15:3), rose again from the dead, and forever intercedes at the right hand of God the Father for those who so believe in Him.

On this website we have primarily focused on alerting Christians to unbiblical ideas and practices in the name of missions to Muslims, such as the so-called, “Insider Movement,” or “Honor-Shame Gospel.” Both of these philosophies have adapted Scripture to Islamic theology and culture, especially through what is called, “Bible translation.” While the hegetsus.com ad in baseball games is not presented as “Bible translation,” the same principle is at work – it engages in the very dangerous idea of cultural relativism by changing the message of the Gospel to “fit” the audience, especially by means of replacing key terminology in Scripture with culturally-familiar terminology. 1

An Appeal for Change

According to Christianity Today, hegetsus.com is funded “by a small group of wealthy anonymous families” who “say they’ll spend $100 million.” “The $100 million for He Gets Us comes from The Servant Christian Foundation, a nonprofit backed by a Christian donor-advised fund called The Signatry.” 2 The willingness of these donors to spend this amount of money for the purpose of high-profile evangelism is commendable; however, in this case, I pray that these donors recognize the problem with this ad and change it.

David Green, the founder and CEO of Hobby Lobby, co-authored the book Giving it All Away and Getting it All Back Again: The Way of Living Generously with Bill High, the founder and executive chairman of The Signatry. He also praised The Signatry for helping his family pass on their values and not just pass down money. 3 I, and many others, would rejoice if Mr. Green would be willing to use his considerable influence to ensure that the messaging of this campaign and others stays true to the Good News of Christ. I make this appeal because to the degree that our message is not biblically faithful is the degree to which it loses its power to save—just as salt can lose its savor (Matt 5:13) and gold its luster (Lam 4:1).

If we maintain the terminology of Scripture, its proclamation will not return void (Isa 55:11). It is only by hearing the Word of Christ that a person can be saved (Rom 10:9-17; cf. 1 Cor 1:21), something no clever marketing campaign could ever accomplish.

Grateful for Salvation from Sin

I am so glad that Jesus (YaH-saves) came to save us from and forgive us our sins! I am thankful for the faithful and loving rebukes of God’s Word and the convincing work of God the Holy Spirit to show me my sinfulness that I would be saved, which includes His forgiveness. Jesus does indeed “get us” which is precisely why the Bible correctly diagnoses us as sinners who need forgiveness for our sins.

Mark 2:16-17
16 When the scribes of the Pharisees saw that He was eating with the sinners and tax collectors, they said to His disciples, “Why is He eating and drinking with tax collectors and sinners?” 17 And hearing this, Jesus said to them, “It is not those who are healthy who need a physician, but those who are sick; I did not come to call the righteous, but sinners.”

Acts 2:38-39
38 Peter said to them, “Repent, and each of you be baptized in the name of Jesus Christ for the forgiveness of your sins; and you will receive the gift of the Holy Spirit. 39 “For the promise is for you and your children and for all who are far off, as many as the Lord our God will call to Himself.”

Rom 10:9-13
9 that if you confess with your mouth Jesus as Lord, and believe in your heart that God raised Him from the dead, you will be saved; 10 for with the heart a person believes, resulting in righteousness, and with the mouth he confesses, resulting in salvation. 11 For the Scripture says, “WHOEVER BELIEVES IN HIM WILL NOT BE DISAPPOINTED.” 12 For there is no distinction between Jew and Greek; for the same Lord is Lord of all, abounding in riches for all who call on Him; 13 for “WHOEVER WILL CALL ON THE NAME OF THE LORD WILL BE SAVED.”