The Islamic View Of God’s Love And The Atonement 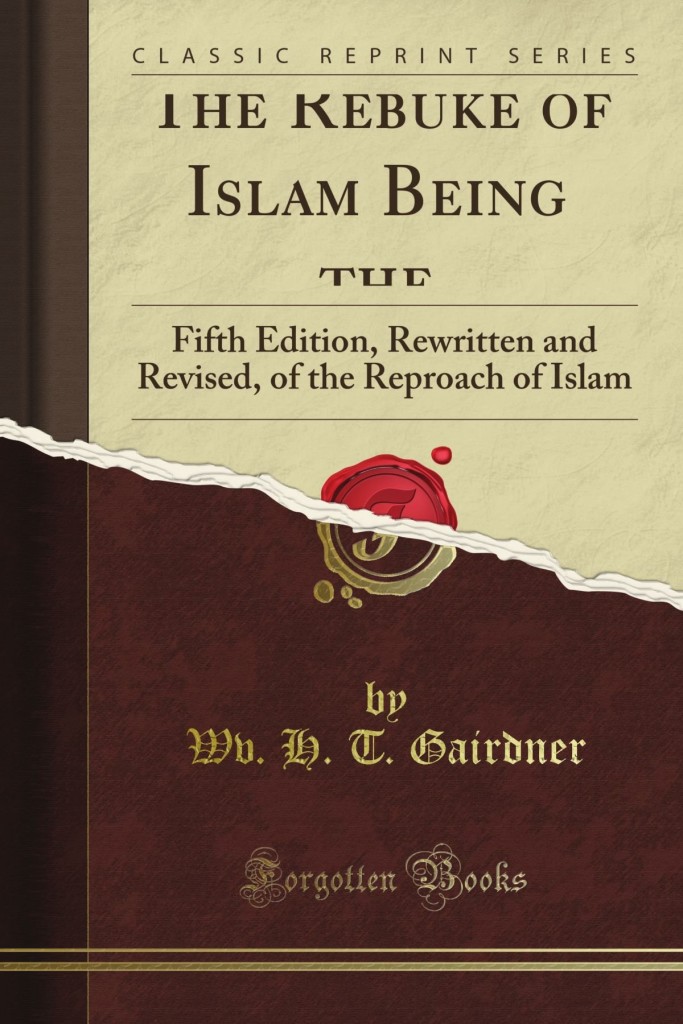 Editor’s Note: The following are excerpts from the book, The Rebuke of Islam, by W.H.T. Gairdner, commonly-known as Temple Gairdner. The original wording, punctuation, italicization, and capitalization has been retained. 1

In what sense, asks a recently published Mohammedan text-book, is it right to say that Allah has the characteristic Loving-that He loves? The answer is that Love must be understood as Allah’s favour bestowed on a favoured individual, and that similarly His Wrath is the negation of that favour. Now, of course, this at once to all intents and purposes identifies Love with Will, for favour is simply Allah’s Will in relation to an individual. And what He wills He surely performs by His power. To this day in Cairo-or anywhere else in the Moslem world-you cannot get a Sheikh to advance beyond this conception. The text “God is Love” moves him not at all, so strongly does he feel that to admit anything like an emotional element in the Godhead is to imagine a degree of weakness or helplessness in It. The words “The Merciful, the Compassionate” head nearly every Sura in the Koran; but the conception never comes near that of an all-pitying Father. It is rather the “mercy” of an autocrat, who spares a few from the general destruction, for motives entirely beyond their understanding, or for no motives at all…

Thus we see that a heavy price has to be paid by those who worship unconditioned Might: it appears to involve the disappearance of both Love and Holiness in any full sense of the words. After this it causes no surprise, though it does deepen regret, to find that Islam has no place for Atonement. For the necessity, or rather the fact of atonement, sprang from just these things in God-His Love and His Holiness. And man’s consciousness of the need of redemption by atonement is only realized when the Spirit of Christ convinces the conscience of sinful man that God is holiness and that God is Love; that in the CROSS is shown against the dark background of man’s failure and sin, the measure of the Divine Passion against evil (God’s Holiness), the measure of the Divine Passion for redeeming the sinner from it (God’s Love). The agnosticism of Islam in regard either to love or to holiness in Allah made it impossible for Mohammed to find room for Atonement in his conception of Allah, or to realize the need of it in man. In that inscrutable, passionless life of His, in which He does everything, and no other does anything, the wickedness of man means, in the last analysis, nothing whatever to Him. There is no real failure, no real offence: for everything is from Him.

It follows absolutely that just because the holiness of God is not understood, so the very idea of atonement is absent even from the deepest depths of Moslem thought. And from the other view-point the agnosticism of Islam with regard to the nature of love in Allah makes the idea of Atonement, in which God sacrifices Himself, impossible. That God should be affected, suffer, is a thought utterly intolerable to the Moslem. All patience, all passivity is weakness, is a temporary abandonment of the Omnipotent activity of Allah, and is therefore even more repugnant an idea to the Moslem than is the notion of the interruption of natural cause and effect to the scientist of to-day. So love itself, and pity, and the desire to save at whatever cost, and passion, and redemptive sacrifice, and every other idea that is comprehended in the thrilling word Atonement, go together in one clean sweep. No champion of the impossibility of a suffering God is half so devoted or so consistent as the Moslem. He explains away a few expressions in the Koran about the love or wrath of Allah, for even His favour to Believers and His fiery vengeance on Unbelievers are too inscrutable to seem like real love or real resentment. But the Moslem sees that no amount of explaining will explain away the great texts of both Old and New Testament, where Hebrew Prophet and Christian Apostle, equally under the guidance of the Spirit of JESUS, pointed, the one to HIM “who in all their afflictions was afflicted,” the other to Him “who was in Christ reconciling the world to Himself,” and who “so loved the World that He gave….” And therefore he indignantly rejects those Books as miserably corrupted-blasphemies against the Absolute Monarch of Creation..

It is true that a wraith of the idea of atonement appears in certain Mohammedan rites and ceremonies of a primitive and elementary religious character. Examples are seen in the slaying of a sheep in the Feast of Sacrifice, to commemorate Abraham’s “redemption” of his son by a ram; certain sacrifices at the pilgrimage; and the prophet’s praise of bloodshedding as highly pleasing to God. But these are but dead shells of once living ideas. Unexplained, in themselves, they have no spiritual significance to the Moslem.

Then again the tendency is shown in Persian or Shi’ite Islam to fall back upon the intercession of a suffering mediator, efficacious in proportion to the agony of his suffering. The “merits” of the Shi’ite Man of Sorrows-the pathetic figure of the ill-fated Husain, that grandson of the Prophet who fell at Kerbela, done unjustly to death-are pled by every Shi’ite Moslem, and may perhaps point to a deep-seated instinct of the human heart. But all these sacrifices are at most paid by man. As to the idea at the very base of atonement, the self-sacrifice of God, it is utterly incompatible with the whole Islamic conception of Allah…

That Allah as a matter of fact did not will or permit such a thing as divine self-sacrifice is asserted by Islam. Nay, it was impossible for Him to permit such a thing. Islam in its zeal against limiting God actually ends by limiting Him. It knows not the moral “could not”; it repeats Peter’s “Thou shalt not wash my feet.” It confuses physical and moral power. It cannot stoop with the God-man to the Cradle of Bethlehem; it cannot stand with Him on the Mount of Temptation making the great decision between the strength of God and the strength of this world; it cannot bow with Him in Gethsemane; it cannot see that in the Cross He was lifted up, and that the Reign upon the Throne above is the more glorious because it keeps the mark of the Reign on the Cross-throne below. So Incarnation and Atonement are alike impossible to its thought: it preserves, indeed, Allah with His unity, His majesty, and Power, but at the ruinous cost of depriving Him of Love and Holiness. Mysticism strove hard to realize if not a God that so loved the world, at least a God that desired the merging of the Pilgrims of the Way in Himself. And yet it was the greatest of Mohammedan mystics who endorsed that tradition to which in the long last the Mohammedan mind returns and must return, “These to Felicity and I care not; and these to Fire, and I care not.” To that came the long effort of the human mind, having discarded the Christ and the Cross. To that: not the FATHER.